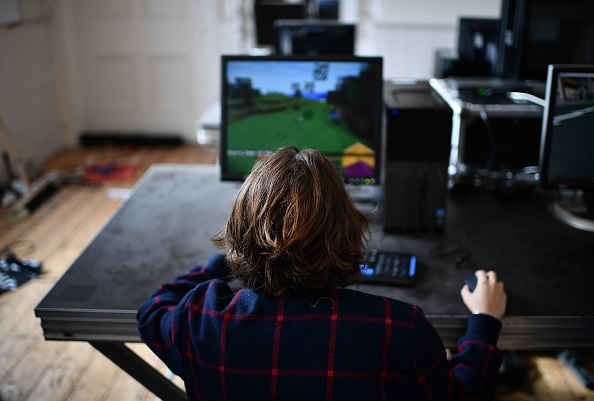 (Photo : Charles McQuillan/Getty Images)
A Minecraft digital artist hard at work backstage during a ‘Playcraft’ live rehearsal at The Playhouse Theatre and Arts Centre on October 10, 2017 in Londonderry, Northern Ireland.

Some of them were able to rebuild even the castles in the iconic movies, such as “Harry Potter.” Now, Microsoft announced that they partnered with The National Trust, a heritage charity and membership organization.

“We have partnered with the National Trust, Europe’s largest conservation charity, to create a unique Minecraft build of Corfe Castle, in Dorset,” said Microsoft via its official press release.

According to Euro Gamer‘s latest report, the new collaboration of The National Trust, Microsoft, and “Minecraft” developer Mojang, is a part of their efforts t celebrate the game’s The Wild Update. 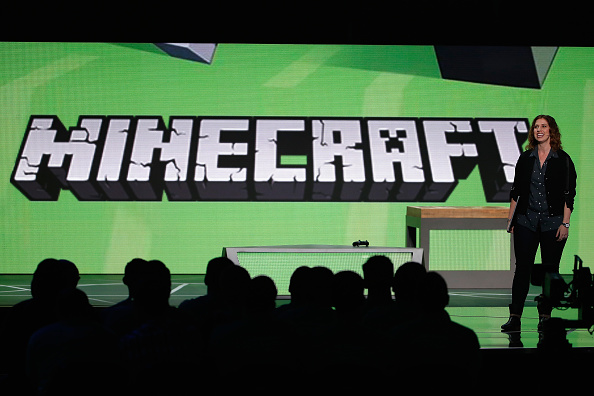 Also Read: Minecraft is Keeping NFTs Out of the Gaming World, to Focus on Providing the Game for All

They will be working with the popular “Minecraft” content creator, GrianMC, as well as historian Alice Loxton.

Both of these individuals will check if the in-game version of the Corfe Castle ruins is accurate.

Microsoft explained that this new challenge aims to encourage young audiences to engage with historical monuments, as well as landmarks across the United Kingdom.

This means that they will be challenged to recreate the ruins using their “Minecraft” skills.

Are You Up To the Challenge?

Think you could do better?
Reimagine your own version of Corfe Castle by jumping into our Minecraft server ➡ https://t.co/946HgQHRpU

Of course, the website is inaccessible to those not residing in the United Kingdom.

On the other hand, the tech giant manufacturer said that the new project will create a “Minecraft: Education Edition” experience package, which will be provided to young students across the U.K.

The National Trust archeologist Martin Papworth said that they are pleased to partner with Microsoft and Mojang, sharing his excitement since the new project is expected to educate more gamers.

On the other hand, a 1:1 scale New York City in “Minecraft” was created by thousands of gamers.

Meanwhile, a neural network that plays “Minecraft” was developed by OpenAI.

For more news updates about “Minecraft” and other block-building video games, always keep your tabs open here at TechTimes.

This article is owned by TechTimes