For Tom Babin, some of his favourite bike rides are in the winter months, when it’s dark out and there’s a fresh dusting of snow.

“It’s quiet because of the snow and the lights are on and you can just sort of slowly pedal your way through the city,” he said.

“I just love those moments.”

The Calgarian commutes by bike year round for many reasons — reasons that don’t go away when the snow flies.

When Edmonton city council approved $100 million to build out a network of bike lanes during budget deliberations in December, it sparked a conversation with many condemning the decision, saying Alberta’s climate is not conducive to cycling.

But the data shows winter cycling is becoming more common; Albertans are more acclimated to the cold than those living in other climates, and Albertan winter is perhaps less cold than we perceive it.

How many people actually bike in the winter?

Edmonton has bike counters set up in popular areas for cycling. If we say winter in Edmonton is six months long, from October to March, there were 323,000 bikes counted during winter 2018.

In the same period the following winter, that number went up to more than half a million.

Last winter, there were more than 513,000 cyclists counted in winter, and so far this winter the counters have logged 288,000 bikes.

‘Don’t trash it till you try it’: Cycling through Edmonton’s cold snap

Edmonton and Calgary are far from the only cities with a sizable population of winter cyclists.

“There are cities all over the world that are winter cities (and) are great bike cities,” said Babin.

“Montreal is the best bike city in North America and it gets tons of snow and it’s an absolute winter city. I’ve been to cities in Europe and northern Finland that are right near the Arctic Circle that have huge numbers of people who ride their bikes in winter.”

Babin said while weather is absolutely a factor in why people ride, what’s more important is that they have safe routes to ride.

“If a city builds good, safe bike infrastructure, people will use it no matter what the weather is like,” he said.

That’s supported by a number of studies, like one out of the United States that confirmed “cities with a greater supply of bike paths and lanes have signiﬁcantly higher bike commute rates — even when controlling for land use, climate, socioeconomic factors, gasoline prices, public transport supply and cycling safety.”

Or this one out of Denmark that suggested “the extensive Copenhagen bicycle lane network has caused the number of bicycle trips and the bicycle kilometers traveled to increase by 60 per cent and 90 per cent, respectively.”

What makes infrastructure safe? Babin suggests that bike lanes should be physically separated from car traffic by barriers.

Forty per cent of cyclists in Calgary will ride no matter how cold it gets and a third will ride in temperatures down to -20 C. Only four per cent choose not to ride once the mercury dips below zero.

That’s what was found out from a 2015 study conducted by University of Calgary civil engineering professor Farnaz Sadeghpour.

She speculates that those living in very cold climates are more likely to have a really strong tolerance for cold — in other words, Albertans are particularly hardy.


“This finding of such high tolerance of cold by the cyclists was surprising to the authors as it was unprecedented in any other study. Perceptions of thermal comfort are known to vary by culture and country,” the study read.

Furthermore, the distance travelled by these cyclists was on average around 7.5 kilometres, with about one third travelling distances of over 10 kilometres. Studies done in other countries have found that trips longer than five clicks are a deterrent to winter cyclists, but Calgary’s winter cyclists were willing to cycle for longer distances than those in other climates.

Edmonton cycling group embraces people who are ‘less than fit’

Edmontonian Nicola Dinicola started cycling through the winter months in 2018.

“I’m just a normal person, average fitness,” she said. “Kind of lazy, unmotivated, sometimes cheap. So it’s really handy to not have a car and not worry about parking or insurance or maintenance.”

Dinicola said her cutoff point is around -20 or -25 degrees with the windchill.

“If it was hard, I probably would not do it because I am not one of those with something to prove. I’m just cheap and I just want to roam free,” she said.

Dinicola said there are days she’ll take transit to work instead of riding her bike. When it gets cold enough, her bike doesn’t work as well.

“I’m not a hero. If certain conditions are extreme and it’s not safe for me or comfortable… I’ll definitely take the bus,” she said.

How cold are Alberta winters, really?

At the time of writing, there is an extreme cold warning in Edmonton with a wind chill of close to -39 C. In Calgary, it’s snowing and the windchill is -36 C.

On days like these, the thought of riding a bike might be the furthest from an Albertan’s mind.

But the truth is, these days are the exception, not the rule for Alberta winters.

“Most winter days are pretty mild, you know, -10, -5. No one remembers those days, what they remember are the terrible ones,” said Babin.

Take a look at Edmonton data: According to Environment Canada, there was one day in 2021 and two days in 2020 where the mean temperature in Edmonton was less than -30 C.

Most winter days in Edmonton are relatively mild, with 71 days in 2021 landing between 0 and -15 degrees.

“When you do go cycling for a whole season, you come to understand that Edmonton winter is not extreme in the way we perceive it as,” said Dinicola.

“It’s actually very mild. There are many stretches of mild winter. We’ll get the cold snaps for a brief time, but on the average, it’s very doable.”

Extreme cold one day, balmy the next: Alberta’s yo-yoing temperatures a literal headache for many

Babin said in European cities, it’s routine for nine-year-olds to bike to school through frigid conditions every day.

“(Canadians) sort of embrace how hard it is and how hardcore we have to be. But winter is not that bad. It can be fun, it can be great,” said Babin.

2:04
What will get people out of their cars? Edmonton looks at ways to encourage transit, walking and biking


When the city of Edmonton surveyed cyclists who ride in the warmer months and not the winter months back in 2017, a little less than half said they choose not to ride because of the cold. But the most common cause for not cycling in winter was not having a “winterized” bike, with three in four respondents choosing not to bike due to lack of gear.

Babin wrote a book about winter cycling and runs a YouTube channel where he gives out tips on bike commuting year round, including gear to make your winter ride safe and enjoyable.

For him, simple is always best, and the main piece of equipment he recommends is one studded tire in the front. Those with extra cash to spare can also go for:

Changing your behaviour will help too, he says, like riding more slowly and carefully and cleaning the bike often to avoid rust.


Dinicola gets advice fellow cyclists each Friday morning at a downtown park.

For eight years, a group that calls itself Coffee Outside has met to share tips about cycling in all seasons.

“We are looking to provide a space where people, if they’re thinking about biking, that they understand that there’s a safe and welcoming space and there’s people there that understand what they’re going through and can support them and can give them some tips,” she said.

A selection of characters at this morning’s @coffee_outside in Edmonton. We celebrated 8 years of gathering on Friday mornings in all weathers by talking about, among other things, electricity, wool leggings, Iran, mapping, dogs and the temperature drop in the ravine. ☕️🚲❤️ pic.twitter.com/dY1u9LSbim

There is no set construction schedule for the new bike lanes approved during Edmonton’s budget deliberations. 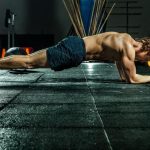 The problem with planks | Instruction 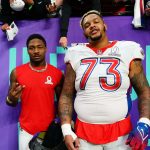 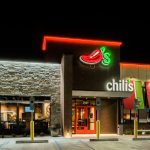 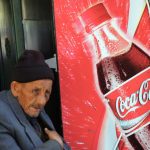 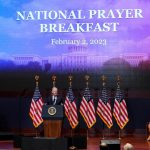