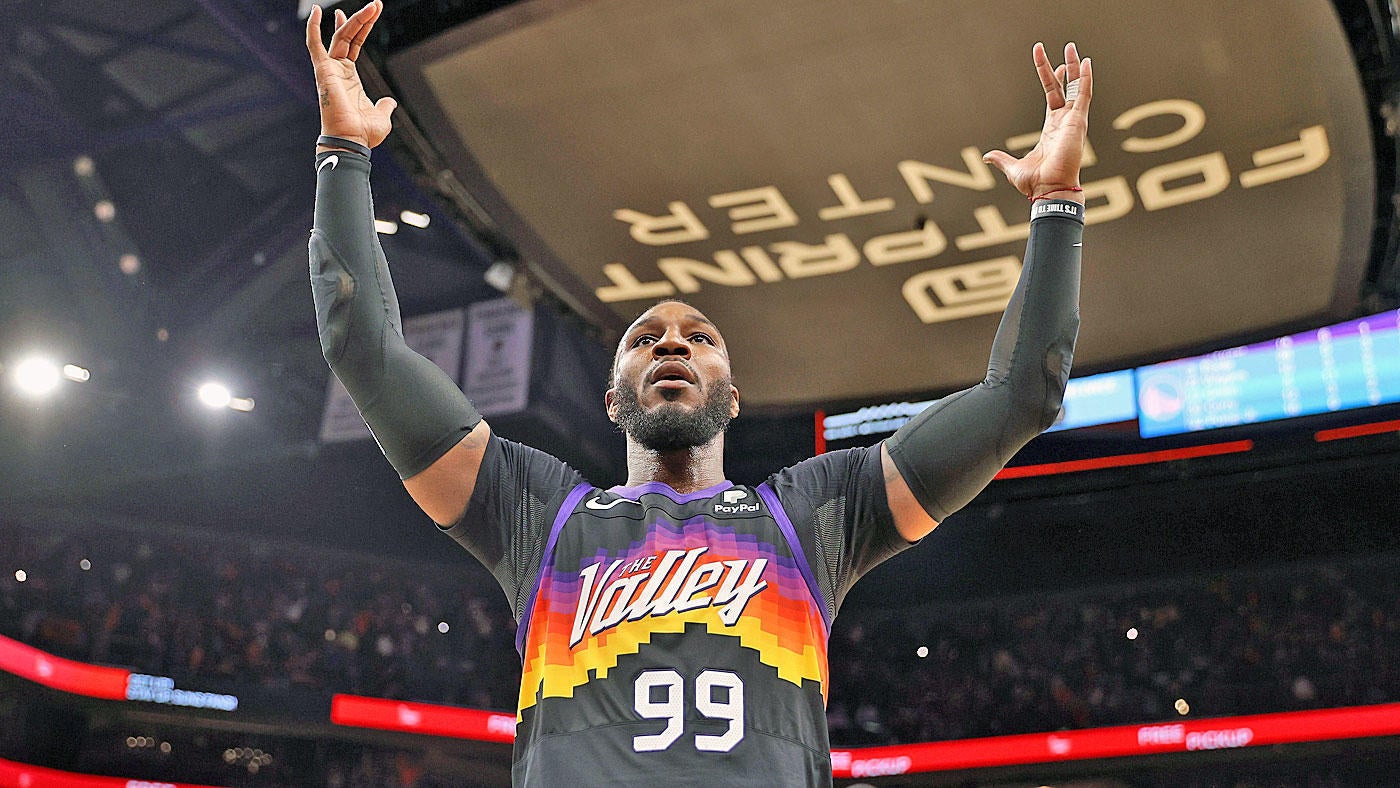 The Robert Sarver era is almost over, but the Phoenix Suns have not completely moved on yet. Even though the NBA suspended him in September and he is selling the team to Mat Ishbia, Sarver still might have to approve a potential Jae Crowder trade, according to ESPN’s Brian Windhorst.

ESPN’s Baxter Holmes previously reported that, during Sarver’s suspension, the Suns and the WNBA’s Phoenix Mercury would require his written approval to hire or fire a chief executive officer, chief financial officer or chief revenue officer. This was among a series of provisions in a letter that the NBA sent to the Suns. In an interview with the Arizona Republic‘s Duane Rankin in September, minority owner Sam Garvin, who has been serving as the interim team governor, said that he has to communicate with Sarver about “super extraordinary items.”

“If we wanted to do a massive trade that would be for three max contracts and bring on say $150 million in payroll beyond the $150 million we have,” then Sarver would have to approve it, Garvin said. Garvin said that he’d need to talk to Sarver if he wanted to, for example, move the team to Flagstaff, “but day-to-day stuff, regular trades, business decisions, all business and basketball matters, I’m the final say.”

This is reportedly an understatement. It’s a relevant one, too, because of the unresolved Crowder situation.

Sarver still has to give personal sign-off on any deal for a player with a salary that is more than the current “average player salary,” multiple league sources confirmed to ESPN. This would include any luxury tax payments, which the Suns are currently projected to pay.

The current average player salary is $10.8 million. Crowder’s salary is $10.2 million. And the Suns, according to sources, have had talks about various multiplayer trades over the past few months that would all likely have to end up on Sarver’s desk.

The 32-year-old Crowder has not played a game this season. Phoenix was reportedly close to trading him in November, but he remains on the roster and away from the team. ESPN reported that he asked for a trade last summer when he found out he might lose his starting spot to Cameron Johnson, and Crowder cited “the business of basketball” in a cryptic denial to TNT’s Chris Haynes. According to Marc Stein, Crowder asked the Suns for a contract extension in the offseason and they responded by telling him he might not start or close games.

Phoenix started the season 15-6 but is now 20-18 and has lost six of its last seven games. The franchise would surely love to fast-forward to a time when Devin Booker is back from his groin injury, Johnson is back from his knee injury, Crowder has been traded and Ishbia officially owns the team, but, as far as I know, it does not have access to a time machine. And because of this provision about trades and the timing of the sale, the Crowder situation cannot be neatly separated from the ownership situation.

The NBA’s trade deadline is Feb. 9. From ESPN:

The belief is the league will eventually sign off and send the sale to vote amongst the owners. But even the quickest approvals for ownership transfers take 60 to 90 days, and Ishbia’s agreement with Sarver came just before the holidays while the league is also engaged in collective bargaining talks.

That means the team might still be in this limbo in early February. But if Ishbia is nearing the finish line of getting control, his influence might loom larger than other ownership voices.

None of this is to say that Sarver has necessarily gotten in the way of a Crowder trade since the standoff started, and it’s unclear whether or not the soon-to-be ex-owner would block a trade in between now and the deadline. He has the power to do so, though, and the trade does not have to be some kind of blockbuster.