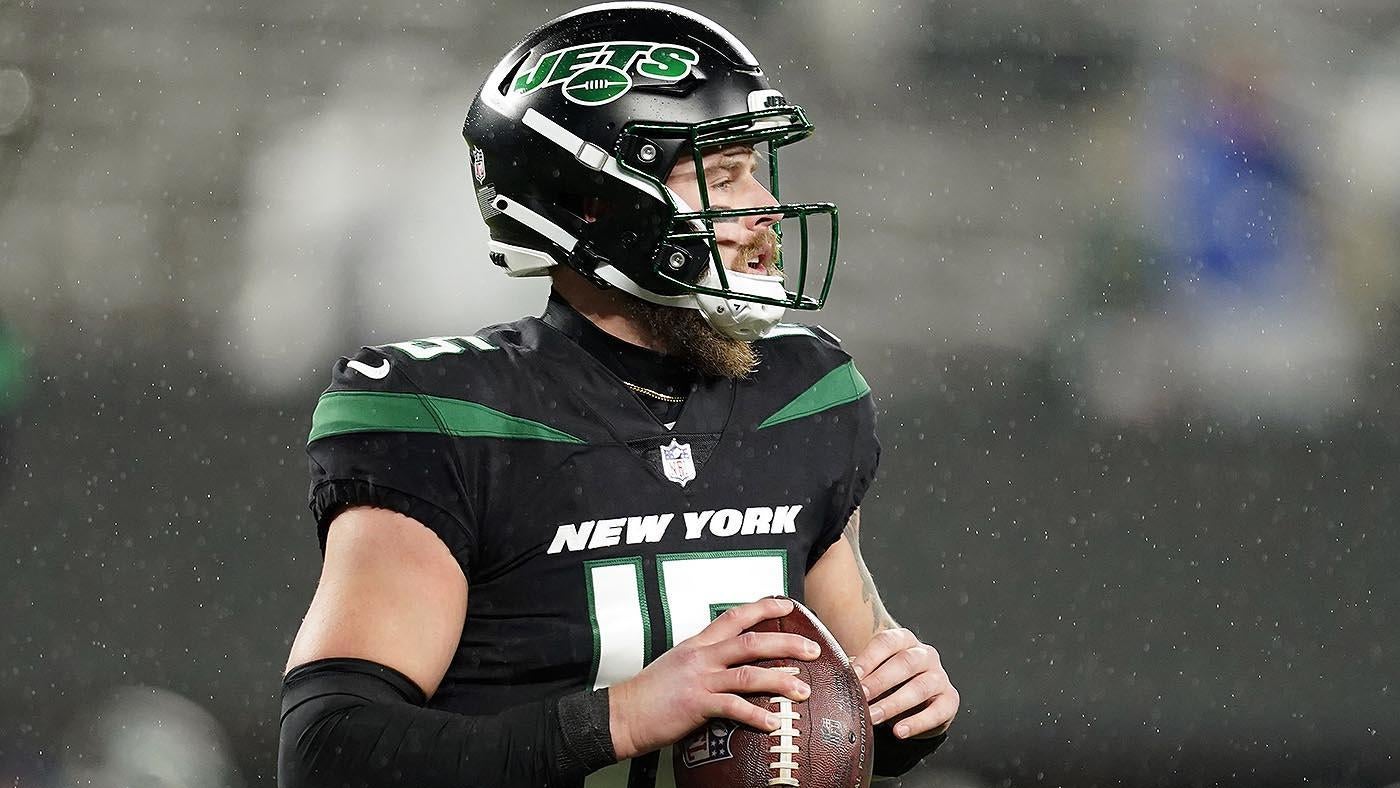 As boos rained down at MetLife Stadium, the Jets benched Zach Wilson for Chris Streveler in the midst of a 19-3 loss to the Jacksonville Jaguars on Thursday night.

Jets fans had been chanting for veteran Joe Flacco to enter the contest throughout the game as Wilson struggled to move the offense on a rainy, windy night in East Rutherford.

The Jets quarterback situation has been a roller-coaster ride this season, with Wilson, Flacco, Mike White and now Streveler all getting playing time. With White out with a rib injury, Wilson got another chance to prove himself to no avail.

After going 9-for-18 for 92 yards and one interception, the Jets had seen enough and sent him to the sidelines, hoping to catch lightning in a bottle in Streveler’s first regular-season appearance. Streveler finished the night 10-for-15 for 90 yards, but made a bigger impact on the ground, rushing for 54 yards on nine carries.

The 27-year-old went undrafted and got his start with the Winnipeg Blue Bombers, before joining the Arizona Cardinals in 2020. He made his NFL debut the same year, playing one snap and rushing for 3 yards.

In August, following a Jets 31-27 preseason win over the Giants, head coach Robert Saleh praised Streveler, calling his preseason performance “probably one of the greatest preseasons in the history of football.”

The quarterback, who had been on four NFL teams in the last nine months at that point, executed three comeback wins for the Jets.