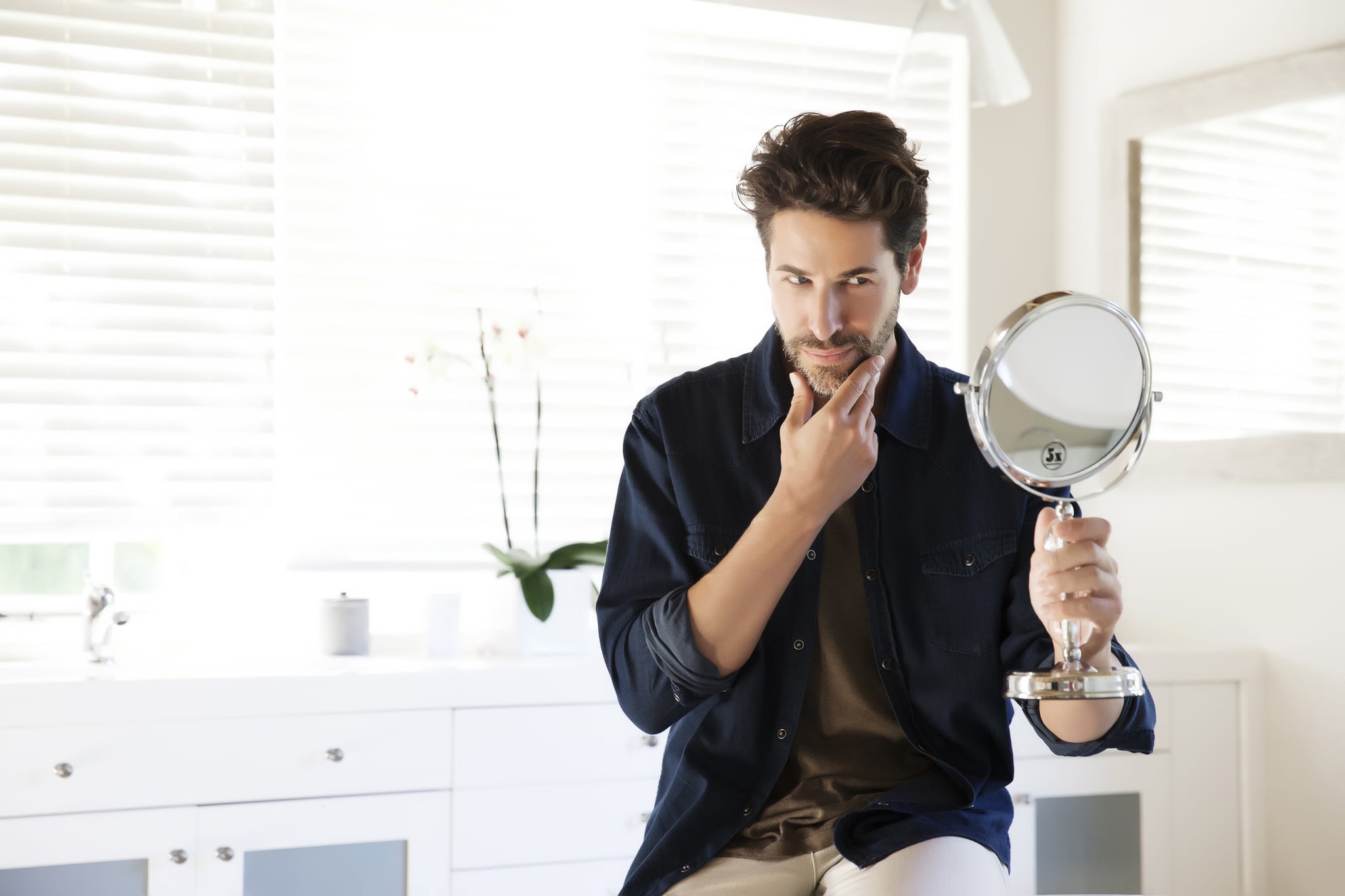 A few years ago, when your friends described their sh*tty exes, they might have called them manipulators, cheaters, compulsive liars, self-obsessed posers — or a mix of all of the above. Today, though, a different word might be used to describe that same group of characteristics: narcissist.

Exes aside, everybody, it seems, has had a run-in with a narcissist — a parent, sibling, teacher, roommate, or friend. And they want to talk about it. Videos tagged #narcissist have been viewed 5.3 billion times on TikTok; there are subreddits devoted to people who were raised by narcissists and are recovering from narcissistic abuse. And while the growing awareness of narcissism can be a good thing — it might help someone realize they’re in a romantic relationship with someone with narcissistic tendencies, for instance — it’s also essential to understand that narcissistic behavior is more nuanced than much of the content floating around online would have you believe, psychologists say.

To be clear, when people today refer to someone as a narcissist, they’re not typically invoking the adjective meaning “a self-involved person.” (The term is derived from the Greek mythology of Narcissus, a god’s son who fell in love with his own reflection.) Rather, they mean narcissist as in “narcissistic personality disorder,” a mental health condition characterized by a pattern of grandiosity, a need for admiration, and a lack of empathy. If they’re not implying that the person in question has actual, diagnosed NPD, they’re at least indicating that they could.

A person can show signs of narcissism without having diagnosed NPD. “Narcissism is a set of behaviors. It’s something that falls along a spectrum, so a person can present with some of these traits and behaviors but not reach the criteria to be diagnosed with narcissistic personality disorder,” explains Beth Pausic, PsyD, the director of behavioral health at Hims & Hers.

That said, every selfish, apathetic loser we meet can’t automatically be branded a narcissist. Some may show signs of clinically narcissistic behavior, yes. But sometimes, your awful ex or boss is just one half of a toxic relationship. And treating the term “narcissism” as a shorthand for “selfish jerk” can lead to misunderstandings around what NPD really is, Dr. Pausic says.

We spoke to psychologists, who helped lay out everything you need to know about narcissism and NPD, including the most common traits of people with narcissistic personality disorder, the types of narcissism, and how to cope if you do wind up in a relationship with someone with narcissism.

What Is Narcissism, Really?

The Mayo Clinic lays out a list of signs and symptoms of NPD. People with the condition may require constant validation, may exaggerate their achievements, may monopolize conversations, and may only want to hang out with “superior” people like themselves and belittle people they consider inferior. They may have outsize reactions to criticism and have trouble keeping a lid on their emotions. “If your partner is overly obsessed with themselves, needs constant attention, always believes they are correct, is susceptible to criticism, and has a superiority complex, you may be in a relationship with a narcissist,” Dr. Hafeez says. But individuals may have different symptoms and symptom severity, which is why getting a formal diagnosis by a healthcare provider is so important.

To be diagnosed with narcissistic personality disorder, you can’t just go based on the signs you’ve seen on TikTok. “Narcissistic personality disorder is diagnosed through the use of a standard clinical or psychiatric interview,” Dr. Pausic explains. The mental health professional will interview the person about their interpersonal relationships, thoughts, and behavior patterns and will use criteria from the DSM (Diagnostic and Statistical Manual of Mental Disorders) to make an official diagnosis.

Experts can’t say for sure, but the condition is likely caused by a combination of genetics, parenting, and environment. “Some researchers have suggested that people who develop narcissistic personality disorder may have a genetic link, a traumatic childhood characterized by neglect and abuse, excessive praise and parental overindulgence, or inconsistent parenting,” Dr. Pausic explains.

A University of Chicago Medicine study published in 2020 also identified high levels of oxidative stress in the bloodstream in people with narcissistic personality disorder. Oxidative stress occurs when levels of harmful substances known as free radicals rise too high, damaging the body and brain. The study authors don’t know whether the stress contributed to the development of NPD or if people with NPD, despite appearing aloof, are hyperreactive to their environments, which would cause the excess stress. But it’s an area researchers are interested in exploring further.

What Are the Symptoms of Narcissism?

The red flags of narcissism vary from person to person and could be hidden at certain points, but Dr. Pausic and Dr. Hafeez say the 13 main signs to watch out for are as follows:

What Are the Types of Narcissism?

Another type is vulnerable narcissism, which is sometimes called covert narcissism. It involves behaviors that are slightly more subtle (as in, you may not realize until you are deep into a personal relationship with this person). “Vulnerable narcissists tend to have higher levels of neuroticism and require more reassurance [that you love or need the person],” Dr. Hafeez explains.

You may see further categorizations, such as malignant narcissism, exhibitionist narcissism, or oblivious narcissism. These aren’t commonly used anymore, although some psychologists do use them to describe clients, Dr. Hafeez says. “Breaking it down further than grandiose and vulnerable narcissistic traits isn’t always necessary,” she says. “In the end, it boils down to the type of psychologist and their way of working through NPD.”

Can Narcissism Be Treated?

But research published in the journal Behavioral Medicine states that the core characteristics of narcissism, including low self-awareness and a tendency toward blaming other people, are related to poor outcomes in therapy and a lack of progress toward changes in behavior — and that’s if a person with NPD even ends up in therapy in the first place. “Feeling defensive about treatment is common, but keeping an open mind, staying focused on your goals, and sticking to a therapy plan will positively affect a narcissist’s path to attempting change,” Dr. Hafeez says.

But while recovery is difficult, it isn’t impossible. When someone with narcissistic personality disorder or traits of the disorder is open to doing the necessary self-work, a therapist can help them understand the root causes of their behavior and emotions, develop healthy and balanced self-esteem, and improve their sense of empathy and their relationships with others, Dr. Pausic explains.

Why Is the Term “Narcissist” So Popular Right Now?

With social media, especially TikTok, influencers and mental health professionals alike are able to share their lived experiences with different mental health topics and offer tips. This is largely helpful and a good way to get the conversation going, especially about awareness around mental health issues that people might dealing with. For people who were formerly unfamiliar with narcissism and NPD, finding people talking about experiences they went through can be hugely validating.

There are downsides, however. Social media isn’t the best at getting across nuance, after all. In one recent study published in The Canadian Journal of Psychiatry that looked into ADHD content on TikTok, researchers found that out of 100 of the most popular TikToks about the condition, 52 percent could be classified as misleading; 71 percent of those implied that certain psychiatric symptoms were specific to ADHD (including anxiety, depression, anger, relationship conflicts, dissociation, and mood swings) when, really, they could have several different causes.

TikToks or other social media posts about NPD could be similarly simplistic. They might incorrectly imply that behaviors that are relatively common or easily attributable to other issues, especially when you’re talking about them in the context of a relationship breaking down, are always red-flag signs of NPD. The advice or information given might be trivializing or even villainizing of people with narcissistic personality disorder or other personality disorders, says Wendy Blanco, LCSW, director of counseling services and trauma recovery at Peace Over Violence in Los Angeles. What’s more, the information on TikTok may not be coming from certified mental health experts and could contain straight-up misinformation, Dr. Pausic adds.

Ultimately, this isn’t a black or white issue. More awareness and conversation around mental health issues is typically a positive thing. But it’s important to be aware of the limitations of social media and to be sure you’re vetting any information you get with a certified mental health practitioner, rather than taking the content you see at face value.

How to Cope With Someone Who Has Narcissism

There are plenty of people with narcissism out there, whether they have diagnosable NPD or they just have certain traits associated with the condition. Clinical statistics published in the American Journal of Psychiatry in 2015 point to anywhere from one percent to 17 percent of the population having narcissistic personality disorder, with the most common group being young, single men in their 20s. If you suspect you’re dealing with someone with narcissism, these expert-backed tips can help.

Most people with narcissism lack innate self-awareness and “have limited insight into their behaviors,” Dr. Pausic says. “So, as challenging as this may seem, try not to take their actions personally.” She isn’t saying you should put up with bad behavior. But it gives some people comfort to know that, if you feel like you’re not getting through to a person with narcissism, you very well may not be — but that’s not because you’re not saying or doing the right things; it’s a hallmark symptom of their condition.

This can include therapy, friends and family you trust, or online support groups. “Having safe spaces outside a relationship in general is really important and healthy,” Blanco says.

“There’s a lot of chaos that exists in the life of a person who is living with NPD. They thrive on chaos, and it’s meant to keep that person relevant,” Blanco says. While not everyone with narcissistic personality disorder is abusive, some are, she explains. If someone in your life is exhibiting controlling behavior over anything — such as your decisions, your other relationships, your finances, or even your thoughts and feelings — it’s a huge sign that it’s time to exit the relationship for good. The same goes for any other psychological or physical abuse. You might not feel safe to leave just yet, so lean on your support system (whether that’s a therapist or a trusted friend) to help you figure out next steps.

If you are experiencing domestic violence in the United States and need help, you can go to TheHotline.org to chat with someone or call 1-800-799-SAFE (7233).

PaleyWKND offers interactive entertainment for everyone