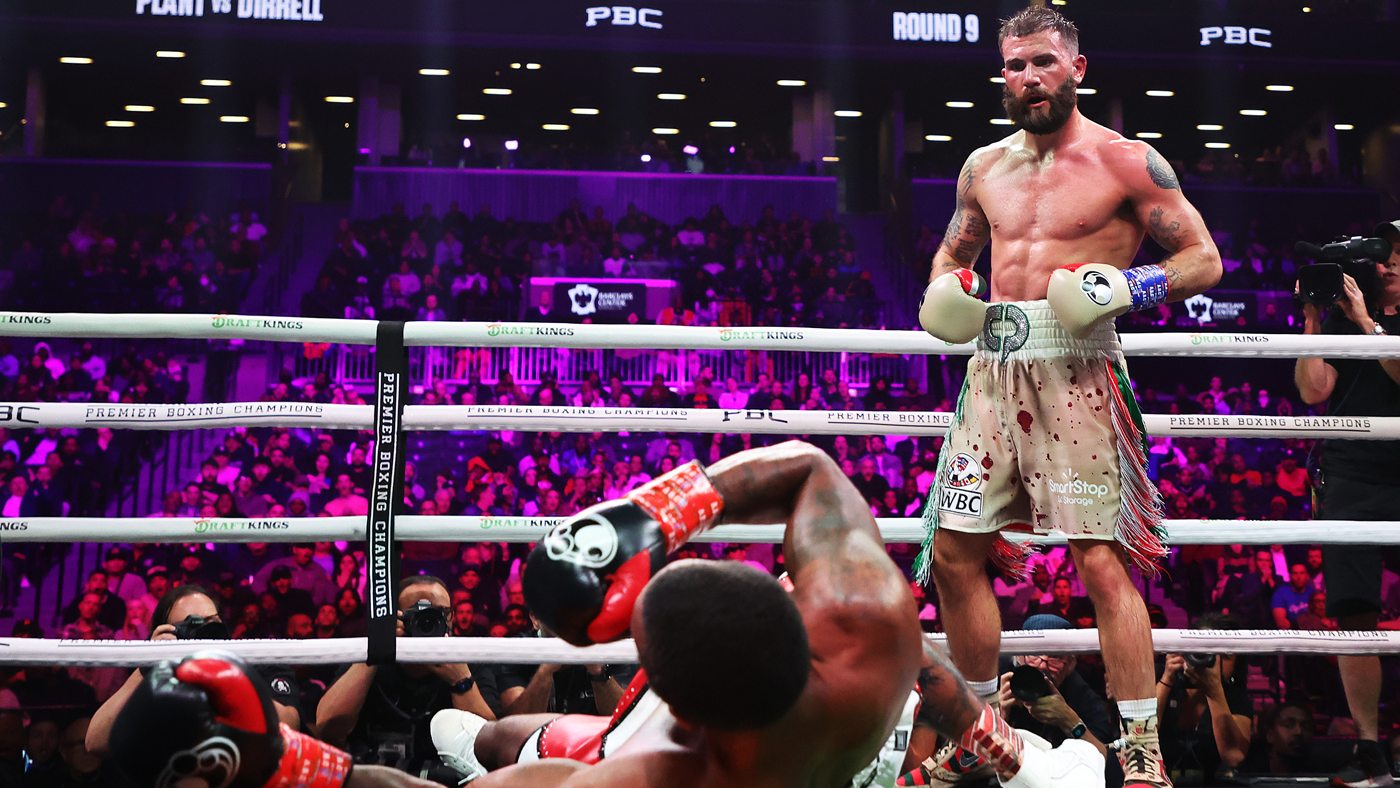 The bad blood between former super middleweight titleholders Caleb Plant and Anthony Dirrell throughout fight week spilled over into the ring on Saturday in their co-main event on the PBC on Fox pay-per-view card.

Although he is known much more as a slick boxer, Plant (22-1, 13 KOs) was able to laugh last by delivering a knockout of the year candidate in Round 9 to bring an end to their 168-pound bout inside the Barclays Center in Brooklyn, New York.

The 30-year-old Plant, in his first fight since losing his IBF title to Canelo Alvarez last November in their undisputed title bout, broke open a physical and sometimes dirty bout with Dirrell (34-3-2, 25 KOs) by knocking the 38-year-old former two-time WBC champion out cold with a left hook to the body followed by a flush left to the chin.

Referee Harvey Dock instantly waved off the fight at 2:57 of Round 9 before wrapping his arms around Plant, who was being booed by the crowd for a celebration that included him digging the fallen Dirrell’s grave in effigy.

“I’m sure all of you heard how [Dirrell] hates me and how he said he will never let a white boy beat him,” Plant said. “Let me tell you something – skin doesn’t win fights, skills win fights.”

The in-ring physicality between the two fighters also included a tackle in Round 5 as Dirrell pushed Plant only to be dragged down on top of him in the corner. Plant had largely controlled the bout up to the point by outworking Dirrell while taking his shots cleanly without taking a back step.

The performance was among the most spectacular of Plant’s career in his first fight under new co-trainer Stephen “Breadman” Edwards, who joined Plant’s father Richie in the corner.

“I was in full control the whole time,” Plant said. “My coach kept telling me to be patient and listen to the game plan and that’s what we did. And then it was boom, baby!”

Dirrell was outlander by a total of 92-62, according to CompuBox. Plant landed just under 43 percent in total punches, jabs and power shots landed while limiting Dirrell to just a 28 percent connect percentage over the nine rounds.

Plant leaned over the ropes after the victory and called out WBC middleweight champion Jermall Charlo, who was seated in the front row and has teased his own move up to 168 pounds.

While being booed by the crowd during his postfight interview because of how boldly he chose to celebrate over his fallen opponent, Plant watched a replay of his handiwork.