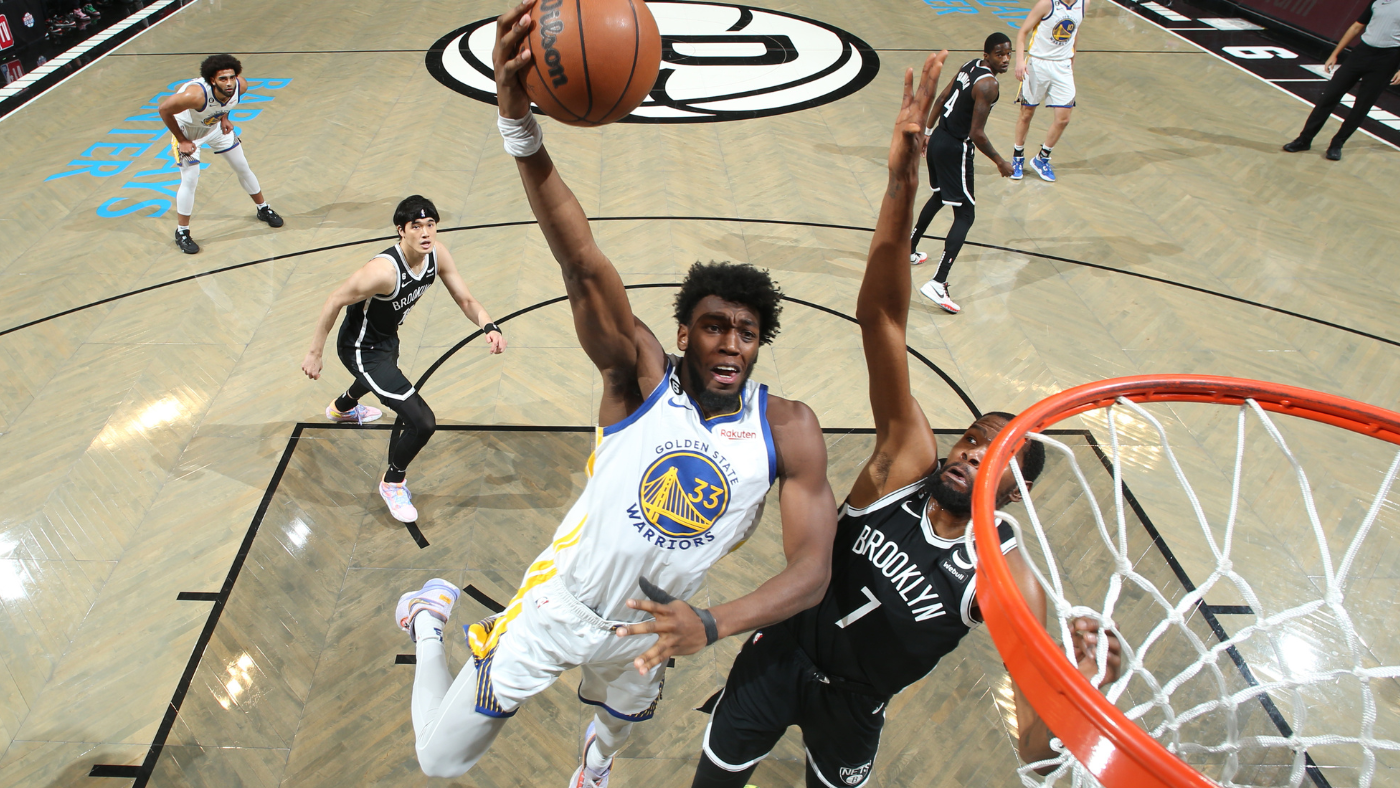 It’s the story that will never end: Will the Golden State Warriors eventually dump this two-timeline strategy and go all in to prioritize a run at another championship? Everyone said they needed to cash in their assets last season, but they didn’t, and they still won it all. Can they do it again this year?

It’s not looking great so far, but per Anthony Slater of The Athletic, Golden State’s slow start to the season is not going to push the team into a short-term-rental move that would compromise the future. In other words, James Wiseman and Moses Moody, and Jonathan Kuminga, who is more solidified in the rotation at this point, are unlikely to be dealt.

Those in the know do not expect a loud trade deadline with substantial roster shuffling, instead anticipating some nibbling on the fringes, if anything.

… [Jonathan] Kuminga, [James] Wiseman and [Moses] Moody remain likely to be with the Warriors beyond the deadline. They aren’t actively shopping their three recent lottery picks, according to those sources with knowledge of the Warriors’ thinking. That isn’t to say they couldn’t be moved in the right deal, but a rival team hoping to obtain them would be searching to get Moody or Wiseman on a bargain, and the Warriors aren’t in sell-low mode.

The Warriors have greater interest in adding a versatile multi-positional wing than an extra big man, per those sources. Assuming health, either Draymond Green, Kevon Looney or both will be on the floor in almost every relevant playoff minute. So the priority would be to add an adaptable rotation option who could upsize and downsize depending on who else Steve Kerr is using at any given time.

[Otto] Porter was that [last year]. There are younger wings who fit that description, such as Jalen McDaniels, Darius Bazley, Rui Hachimura and Obi Toppin, all reportedly varying levels of available. But, again, the price would probably be too steep when bidding against teams more interested in signing these type of restricted free agents long term.

For these reasons, the Warriors do profile as more of a buyout team than a trade team. That’s the no-strings-attached, no-assets-used market, adding a veteran on a pro-rated deal. Last season, they didn’t have a roster or rotation spot to offer buyout candidates. This season, they should have both.

Could Rudy Gay in Utah fit that description? If he makes it past the deadline without a new home, is there any way the Rockets would buy out Eric Gordon?

From the outside looking in, this all adds up. Wiseman doesn’t have much value at the moment, and anyone the Warriors might trade for in a Wiseman-plus-draft-pick(s) deal (Slater suggests Jacob Poetl or Kelly Olynyk) would only be a rental, as adding a long-term salary doesn’t work for a Warriors team already trying to trim the impending hippo-choking tax bill they have coming next season.

Back when Wiseman had more value? Yeah, I would’ve traded him long ago. But that ship has sailed for the moment. The Warriors need to recoup some value for taking him No. 2 overall in 2020, whether it’s eventually developing him into at least a useful role player, or moving him in a less desperate way, without the time crunch of the trade deadline, to a team still willing to bet on his upside.

As for Kuminga, he could fetch more. But again, it would only be a rental, and Kuminga has already proven himself to be a guy the Warriors see as a core part of their future. It would really have to be worth it to move him, and a deal like that likely isn’t out there.

So, yeah, the buyout market seems most fruitful. Gay would be a nice pickup if it were to happen. But for all intents and purposes, the Warriors appear content to make another title un with their current roster.