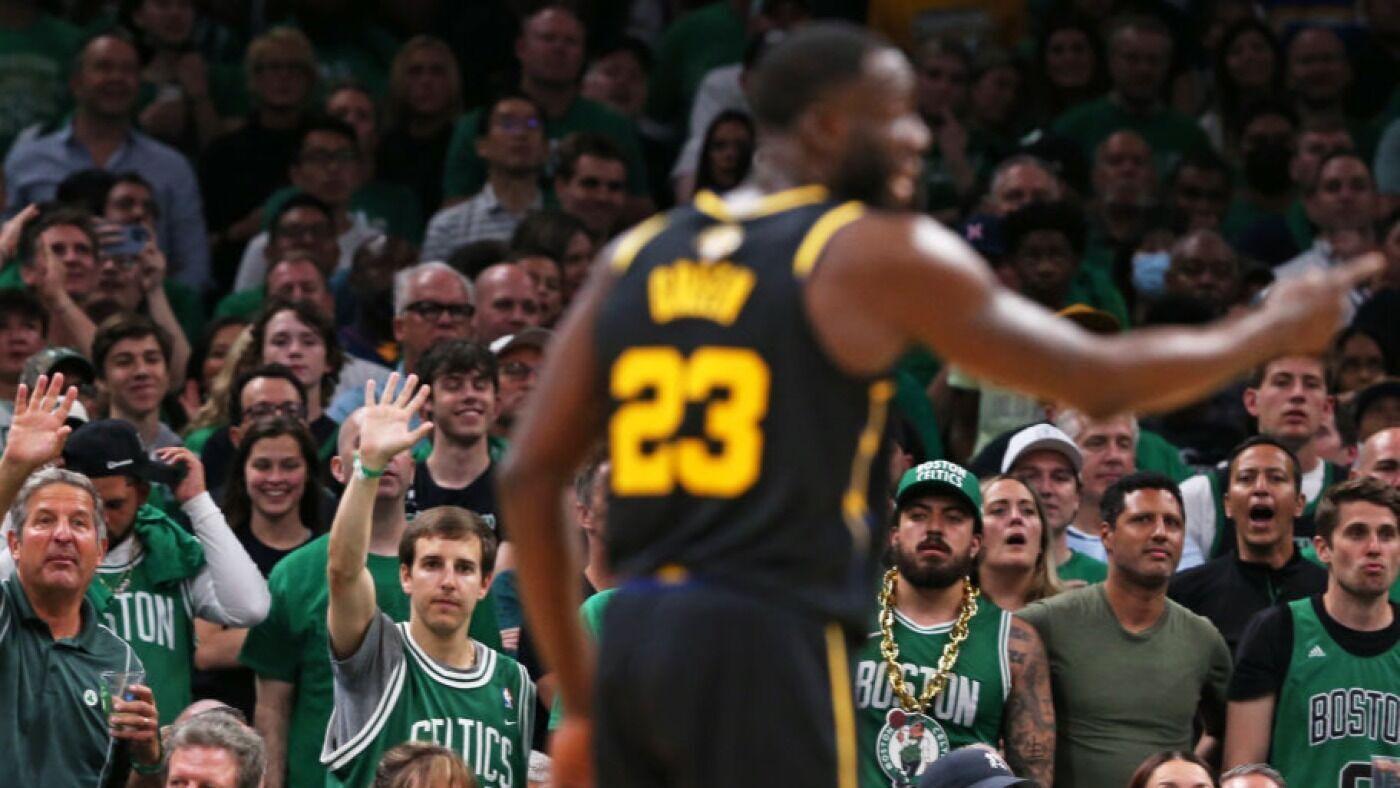 Golden State Warriors forward Draymond Green said in a new interview that Boston Celtics fans called him the N-word during Game 3 of the 2022 NBA Finals. Green said he was “rattled” by the experience, which he felt was dehumanizing.

Green made an appearance on “Unfiltered with Complex Sports” this week to discuss a number of topics, including his burgeoning media career, the Warriors’ rivalry with the Memphis Grizzlies and his old teammate, Kevin Durant. Most notably, though, Green spoke about how he was treated by Celtics fans during last season’s NBA Finals.

“I was rattled,” Green said. “You’ve heard boos, and I mean, I’ve heard people screaming and yelling at me everywhere that I go. But I’ve never heard an entire gym, every time I touched the ball, or I don’t have the ball, an entire gym, ‘f— you, Draymond.’ I thought that was cool, actually. That didn’t rattle me.

“But when I’m running down the court, and it’s b—-, it’s the N-word, it’s these things, those are insults at my character. Those are insults to me as a man. So, you’re in this place where it’s like, ‘I really want to grab one of these people and wring their neck.’ But I’m going to lose that battle. I’ve caused my team a championship before.”

Green, who is used to playing the villain role in his career, was public enemy No. 1 in Boston heading into Game 3 of the Finals due to his role in Game 2, which the Warriors won handily. He was called for a technical foul for getting into it with Grant Williams early in the game, and was lucky not to be ejected for an incident with Jaylen Brown later in the night.

The crowd inside TD Garden for the Celtics’ first Finals game in over a decade was hot and it didn’t take long for the “f— you, Draymond” chants to begin. Green played one of the worst playoff games of his career that night, fouling out with two points, four rebounds and three assists on 1-of-4 from the field.

While Warriors head coach Steve Kerr and shooting guard Klay Thompson took offense to the crowd’s chants, Green himself said he was not bothered. As he noted in the interview, it was fans closer to the court who crossed the line with racist comments.

Green and the Warriors got their revenge a few days later, closing out the Finals back in Boston with a Game 6 victory. In that game, Green finished with 12 points, 12 rebounds, eight assists, two blocks and two steals in a stunning performance.

This is not the first time Green (or other athletes) have been targeted with racist language by fans. In a 2017 interview, Green, talking about another incident at Fenway Park, said that he had the epithet directed at him before, but he chose not to reveal the specifics of those episodes.