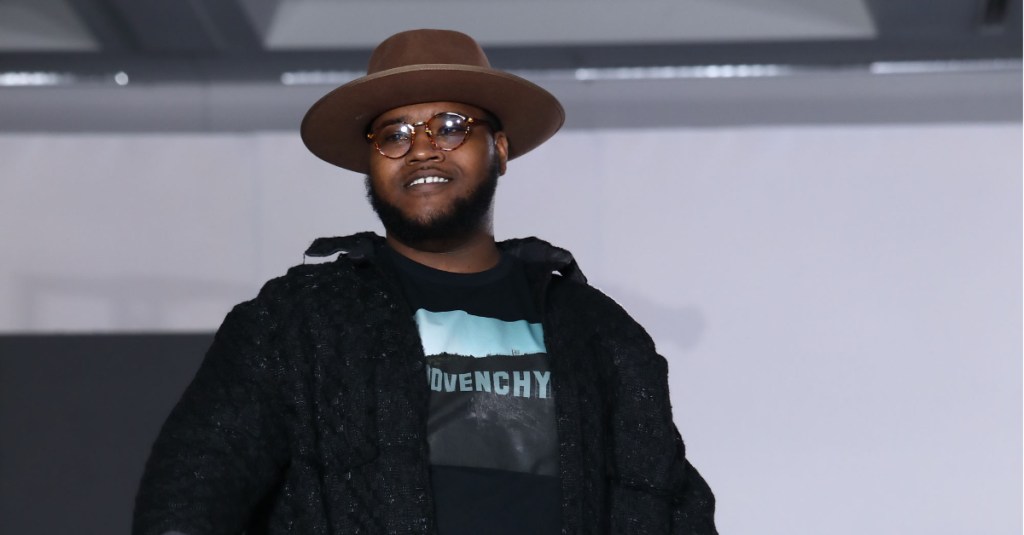 Politics and clothing styles intertwine throughout American history, from the zoot suits worn by marginalized Latinos in 1940s Los Angeles to U.S. senator-elect John Fetterman, whose habit of wearing sweatshirts and workwear instead of suits identifies him with the working class.

None of it is an accident, according to fashion designer and Vicksburg native Raymond Banks.

“Fashion is a silent protest,” he said. “You can wear something and it speaks a lot of words without ever verbally speaking.”

Banks will discuss the area where fashion and politics intersect during a talk at Catfish Row Museum on Dec. 10 at 2 p.m., as part of the Smithsonian’s Voices and Votes exhibition, which will be on display at the museum through January.

Banks, creator of the Hoodvenchy clothing brand, has been keenly tuned into fashion since he was a child. When his parents “dressed to the nines,” as he says, it was an extension of a tradition established during the Civil Rights Movement, when Black activists sought to defuse racial stereotypes against them.

“They came out to look dignified,” he says. “A lot of African Americans wore these suits, so when they were seen, people knew that they were professionals.”

Banks got his start while attending Alcorn State University when his involvement in the school’s T.R.E.N.D. Modeling Squad introduced him to the fashion industry. As a student, he sold men’s accessories under the brand Gentleman’s Touch to clients as far away as Chicago.

Inspired by fellow Vicksburg native Patrick Kelly, who conquered the fashion world while living in Paris in the 1980s, Banks asserts his culture and politics through his designs. Where Kelly enlivened the runway with bright colors and bold designs, through Hoodvenchy Banks called the industry to the carpet for appropriating Black culture, declaring, “Our culture is not your trend” in his website manifesto.

His talk on Saturday will cap a busy year for Banks, who showed Hoodvenchy wares during New York Fashion Week in September and L.A. Fashion Week in October, and was honored by his hometown with Raymond Banks Day on Oct. 1.

He’s found inspiration for his runway shows this year in the popular fashion of HBCU students in the South, but his most memorable piece was a black dress bearing a quote by playwright George C. Wolfe: “God created Black people, and Black people created style.”

While his stock is on the rise in the world’s fashion centers, Banks said he is resisting the pull to move closer to them. Such a move would take him away from his source of inspiration.

“I’m in Mississippi for the long run,” Banks said. “No matter how far I go in life, no matter what I do, nor what I achieve, Mississippi will always be the home of my company. I would never move my company outside of Mississippi.”

The Smithsonian-curated “Voices and Votes: Democracy in America,” which opened Nov. 14 at Catfish Row Museum, brings clarity to the struggles at the heart of the ballot process. The exhibit is based on the National Museum of American History’s broader “American Democracy: A Great Leap of Faith” exposition.

The multimedia, interactive Voices and Votes exhibition tells the story of voting in America through historical and contemporary photos, educational and archival videos, and engaging games. Historical pieces including campaign souvenirs, voter memorabilia and protest materials are also part of the program.

The speakers series in support of Voices and Votes will also feature Donald Field Brown, a Harvard University scholar, who will speak on the history of the Vicksburg Citizens’ Appeal and its prominence at the height of the Civil Rights Movement on Dec. 20; and Dr. Rebecca Tuuri, a professor at USM, who will deliver a presentation on democracy in Mississippi on Jan. 4.

This series of stories on programming for Voices & Votes is produced by Front Porch Fodder for the Catfish Row Museum.