The life of Vernon Davis is a tale of two careers. Most will recognize Davis from his days on the football field. Davis played for three different teams throughout his 14-year career. The gifted tight end earned two Pro Bowl selections and won a Super Bowl as a member of the Denver Broncos in 2016. His career was, for all intents and purposes, a rousing success. But for the 38-year-old Davis, football was only the beginning.

Since his retirement in 2020, Davis has fully transitioned into entertainment as a media personality and actor. In 2022, Davis served as a judge on Domino Masters and starred in three films: Gasoline Alley, A Day to Die, and Chariot. Davis will soon co-star alongside Morgan Freeman and Cole Hauser in Muti, where the former football player will play a serial killer. Davis recently dropped his first-ever single, Smile For Me, the lead single off his upcoming album.

In an interview with Digital Trends, Davis speaks about his life post-football, why he loves acting, his preparation to play a serial killer, and what the future holds for him in entertainment.

Note: This interview has been edited for length and clarity.

Digital Trends: You played football most of your life, and now you’re transitioning into entertainment, especially acting. A lot of actors can point to the one moment where they caught the “acting bug.” Can you pinpoint that one specific moment?

Vernon Davis: Yeah. I think the moment for me was when I took a class at the Shelton Theater of Art in downtown San Francisco. After that class wrapped. I fell in love with the world of acting and entertainment so I started to seek out opportunities after that.

Did you take that class while still playing?

Athletes always talk about the moment they realize they can’t play a sport for the rest of their lives. Was that class the moment you started to take the next steps towards a career post-NFL?

Do you miss playing football? Do you still get the itch?

I don’t get the itch, but I miss the days of playing ball. I miss my teammates. I miss the locker room. But what I’m doing now has given me so much joy. It has allowed me to connect with unique people and explore the world of entertainment and the world of the arts. I’m finding more about myself each and every day.

Have you found any similarities between football and acting?

I think the similarity is preparation. When it comes to game day, I would be the last one on the field catching extra balls, the first one in the meeting rooms, and the last one to leave the facility. When you develop this formula of repetition and consistency, it allows you to be able to go out and perform really well when you’re needed.

Just like acting, when you’re preparing for a role and you’re breaking down the script and using all the tools and techniques that you were taught so before you get in front of a camera, you’re ready. You can do it. You can adjust. You can do anything because you’ve been there, you’ve seen it, you visualize, and you’re ready to go out and perform. Visualization is a huge piece of everything. In any competition, any job, any opportunity, I think visualization is the key.

Most players transition into broadcasting or coaching after playing. Did you ever consider that role post-NFL?

Yeah, I did. I thought about it, and I actually auditioned for a few things. For broadcasting and being an analyst, I didn’t feel it was something that was in my bones, something that I really wanted to pursue, so I decided not to take on that journey.

How did you get involved with Domino Masters?

I auditioned for it. They were looking for someone who was an art enthusiast. Someone who could come in and use their expertise in helping identify the originality of the show. That’s where I came in.

I’m a huge fan of The Challenge, and you hosted a few of the reunion episodes. However, I feel like you should have been a competitor, not the host. Do you think you could beat a guy like CT or Johnny Bananas in a challenge?

Those guys are pretty good, man. I don’t know. They’re good at what they do. They’ve been doing it for a long time. It’s one thing to be able to sit here and say it, and it’s another thing to actually go out there and do what you say you’re going to do. I can’t really say that because that’s not my sector. The way they compete, they’re using their body and athleticism, but they’re also very strategic about what they’re doing. They’ve been doing it for a long time so I can’t just jump into that thing and say that I’m going to win and be successful at it. That’s something that will come with time.

Which is the harder task? Blocking a guy like Von Miller, or going up against Morgan Freeman in a movie?

Probably going up against a guy like Von Miller.

Tell me a little about your role in your upcoming film, Muti.

I play a serial killer. Morgan Freeman and Cole Hauser, their characters, try to figure out a way to stop me from killing everyone and try to figure out what’s going on. I speak in a South African dialect because I’m originally from South Africa. I make these laws across the world. You find me in Italy and then New York City, continuing to do what I’m doing. It’s a job that’s based on the real-life story of this tribe in South Africa who was harvesting body parts. That’s what this character, Randoku, was doing. I’m mixing this concoction into this formula called muti.

How did you get in the mindset to play a serial killer?

I watched a few shows and movies and things of that nature. But the biggest thing, the preparation comes when you break down the script and compare and contrast yourself to the character. You find your objective, you find your scene objectives, and based on the journey of this character, what are you going after? Can you find something that’s relatable to your life to get you in the mindset so I can believe in being this character, and I can use my emotions within this movie to put it out?

For me, I used a lot of stuff that I had to deal with with my mom. Her passing away a year ago really helped me become that character because my goal and my mission were related to my mom. I had to achieve something in order to be able to be at peace and to give my mother gratitude for what happened to her. Basically, I created this scenario where the people that I grew up with, who were selling my mom drugs, killed my mom. And in order for my mom to be at peace, I had to make her feel happy by going after these people and killing them. I had to go after them so that she could be at ease and she can be a peace, and she knows that I care about her. Do you see what I’m saying?

That’s real-life stuff. As a kid growing up, you see certain things, people in your neighborhood, and see your mom struggling with drugs. You have this image inside your mind, this feeling of not wanting that to happen. You want to save your mom. You don’t want these people to do that. They’re bad people so I created that in real life. My mom’s dead. These guys killed her. I have to figure out a way to put my mom’s mind at peace.

That’s an interesting take on a serial killer, giving him this backstory of revenge for his mother’s death.

If you think about real-life situations, a kid who grows up after a gang kills his family feels like he has to get revenge. Now, he’s killing everybody. As an actor, we have to come up with these things. We have to create situations. We have to give the character a backstory. I gave him a backstory. He grew up just like I did. His mom was on drugs. Guys he grew up selling his mom drugs. That’s the story I gave this character. You create that backstory and you spend so much time with this character.

At first, was it intimidating to go up against Morgan Freeman? If so, how did you eventually overcome that feeling?

Between football, acting, and broadcasting, is there anything else we can expect from you?

For me, just continue doing what I’m doing, creating these concepts and working with businesses. I have this cool company that I just invested in called Jaxjox. They’re really cool. I’m planning to do some production stuff with them for their videos. Maybe they’ll let me kind of come up with some ideas when it comes to producing for these videos like fitness workouts. Never seen anything like it.

You’re starring in films and starting to produce as well. Is the next progression to write or direct?

No, I don’t want to direct. I want to be great at what I’m doing, which is acting. I want to be great at producing. I have tons of projects that I have in the works. I have four films that I’m planning to make in the near future with some time between now and the next three years. I have [television] show concepts. I have different partners who have great concepts, and I’m working on them working with them. We’re going to develop these days.

Is there any role, in particular, you’d like to play?

I like to play these tough characters like serial killers. I like the character that I played in Chariot, this weird, creepy guy. I like that kind of stuff. I like challenge challenging roles. I love that stuff, man. I love it. It takes a great deal of focus, due diligence, studying, [and] preparation. I love anything that’s a challenge and takes a great deal of preparation. I’m all for it.

Vernon Davis is a former NFL player who now serves as an actor, producer, entrepreneur, and philanthropist. 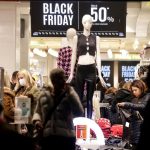