OREGON — No one was injured Sunday afternoon when a vehicle careened into a downtown restaurant after being struck by another vehicle at a busy intersection nearby.

“The southbound driver ran a red light and hit the westbound vehicle causing its driver to lose control and crash into the building,” said Brooks.

After being hit, the SUV crossed the sidewalk and entered the south side of the Ogle County Brewery through its glass-paned garage door shattering glass in a portion of the dining area and striking some chairs and tables.

Brewery employee Katie Gatton, who was behind the bar when the accident happened, said the restaurant was occupied by about 10 people at the time, but customers were seated near the bar, several feet away from the garage door that is raised during summer dining hours.

“Thankfully no one was close enough to the door where they would have been struck by the car and the flying glass,” Gatton said. “We were able to call 911 and it seemed like the police and the paramedics pretty much arrived instantly. We wanted to make sure that the driver wasn’t hurt. Thankfully they weren’t hurt and none of customers were hurt.”

The impact caused a portion of the large garage door to rest on top of the SUV prompting Oregon firefighters to secure the door after the driver exited the vehicle.

“I was behind the bar and I was kind of just backing up and some of our guests were also backing up trying to figure out where to go too. We were just hoping everyone could get away and seeing just how far this car could come through. It’s kind of hard in those situations, everything happens so fast,” Gatton said.

After the SUV was backed out of the dining area firefighters and one of the building’s owners, Mark Gale of Wiggale Inc, of Oregon, began figuring out how to remove the damaged door.

“It took a while,” said Oregon Fire Chief Mike Knoup. “Garage doors are dangerous due to their heavy duty springs and this one was completely off track. It had to be disassembled piece by piece.”

Gale said Justin Lehman, a friend, came and helped him and his son Dan, take the door apart.

“Justin was able to take off some of the torsion because he has experience with garage doors. We took out all the window panes and pulled them one-by-one,” Gale said.

The business is not open on Mondays, and could have its hours changed while repairs are made.

“It will be pretty again,” Gale said. “But it might take awhile. We will make some temporary repairs to make everything secure.”

Gale thanked everyone who helped following the accident.

“There were a lot of people who jumped in and helped…the firefighters, the police…I am just so thankful no one was injured,” he said. 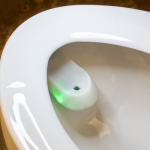 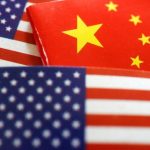