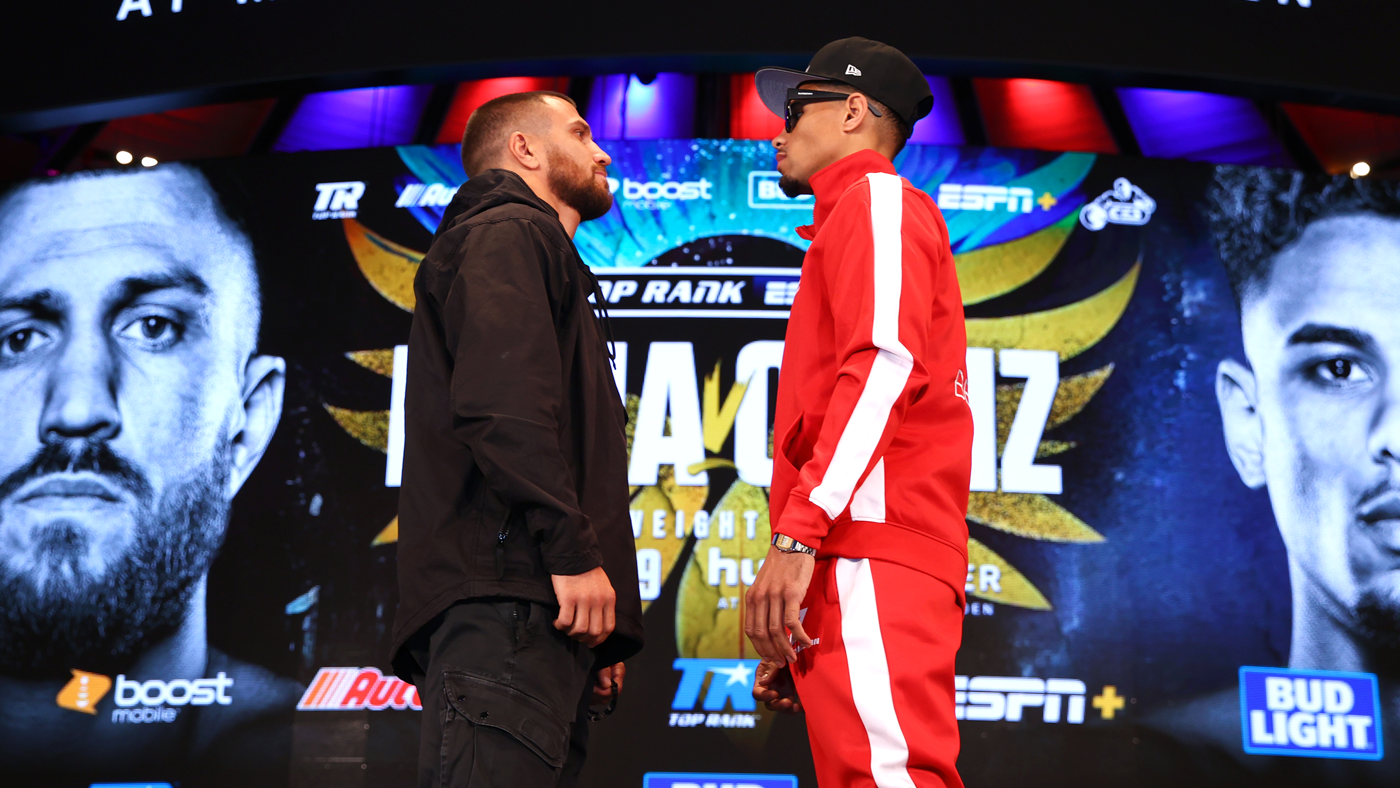 The road to a shot at the undisputed lightweight championship seems to be a straight one, if not particularly exciting, for Vasiliy Lomachenko. Simply defeat Jamaine Ortiz on Saturday (6:15 p.m., ESPN+) and Lomachenko is standing at the front of the line to face undisputed champ Devin Haney in early 2023.

While looking past an opponent to bigger things down the road can come back to bite a fighter, it’s hard to imagine Lomachenko (16-2, 11 KO) doesn’t view Ortiz as a particularly easy hurdle to clear. The oddsmakers would agree, with Lomachenko sitting as a massive -2500 favorite to have his hand raised inside the Hulu Theater at Madison Square Garden.

Since his October 2020 loss to Teofimo Lopez in a fight for three of the four lightweight world titles, Lomachenko has returned to the form that has long placed him among the sport’s pound-for-pound elite. Lomachenko ripped through legitimately tough opponents Masayoshi Nakatani and Richard Commey in his 2021 campaign and was set to face George Kambosos Jr., who’d won the undisputed lightweight title off Lopez.

Unfortunately, Russia’s invasion of Lomachenko’s home country of Ukraine derailed those plans and Haney stepped in to win two fights against the Australian.

“Sparring [against Ortiz] is different from competition because our conditioning is not at 100 percent, so Saturday night will be a very interesting fight,” Lomachenko said during media day. “I’m focused on my job. I’m focused on my boxing. You can’t stop thinking about your country. It’s always on your mind. But now I’m focused, and I need to be focused because I’m an athlete. After the fight, I’ll go back to Ukraine and support my country.”

Can’t get enough boxing and MMA? Get the latest in the world of combat sports from two of the best in the business. Subscribe to Morning Kombat with Luke Thomas and Brian Campbell for the best analysis and in-depth news, including a preview of what to expect from Lomachenko’s return to the ring below.

Despite the long odds, Ortiz (16-0-1, 8 KO) is not an easy out. He is coming off a career-best win over former junior lightweight world champion Jamel Herring in May, a fight that sent Herring into retirement. A draw against Joseph Adorno and a win over Nahir Albright, both good results, round out Ortiz’s three most recent fights.

Ortiz is now ready to see how well he can hang with the elite. It was a moment that would have to come eventually as Ortiz appeared to struggle with a decision between remaining at 135 pounds or moving up to junior welterweight at 140 pounds. Both weight divisions are talent loaded and there’s no soft path to a title.

“I always wanted to fight Devin Haney,” Ortiz told BoxingScene.com. “I think that’ll be a great matchup, and I do see myself fighting Devin Haney. All of the pieces of the puzzle are all lining up and once I upset Lomachenko on October 29th, me and Devin Haney will be fighting.”

While Ortiz has never been on the radar as an elite-level prospect, he’s proven himself in the ring in every spot he’s been placed. Lomachenko is a different animal, one of the best fighters of his era.

The stakes are clear. If Ortiz can pull off an upset, it would be a sport-shaking result that sets him up for huge money fights. If Lomachenko can do the expected, he may have a chance to become a four-belt champion.

Below is the complete fight card for Saturday night in New York along with the latest odds from Caesars Sportsbook before we get to a prediction and pick on the main event.

Jamaine Ortiz is a good fighter. Vasiliy Lomachenko will beat Jamaine Ortiz. These two things can both be true. Ortiz has a camera-friendly style and a quality where he makes the most out of what his opponent gives him. That’s a tremendous thing for a young fighter who maybe isn’t viewed as an elite prospect and whose team looks to protect their fighter as much as possible. The problem is, it’s hard to take what Lomachenko gives you when Lomachenko gives you almost nothing.

Against Lopez, Lomachenko took the “slow first few rounds” and “downloading data” approach we hear so much about and pushed them until it all broke. He simply gave away too many rounds to a good fighter and it cost him his titles. Time will tell how that fight sits on Lomachenko’s resume. How that fight affects the way we view Lomachenko’s career won’t really be known until well into the future when Lopez proves to either be the Superman that faced Lomachenko or the delusional dud that showed up and got trounced by Kambosos.

It’s hard to look at this fight and see where Ortiz has any avenue to victory. He’s not fast enough to work around Lomachenko’s technical skills and he doesn’t have the kind of big power that can force Lomachenko to hesitate. It really comes down to whether Ortiz tries to force the issue or not on how quickly Lomachenko is able to end things. Pick: Lomachenko via TKO7