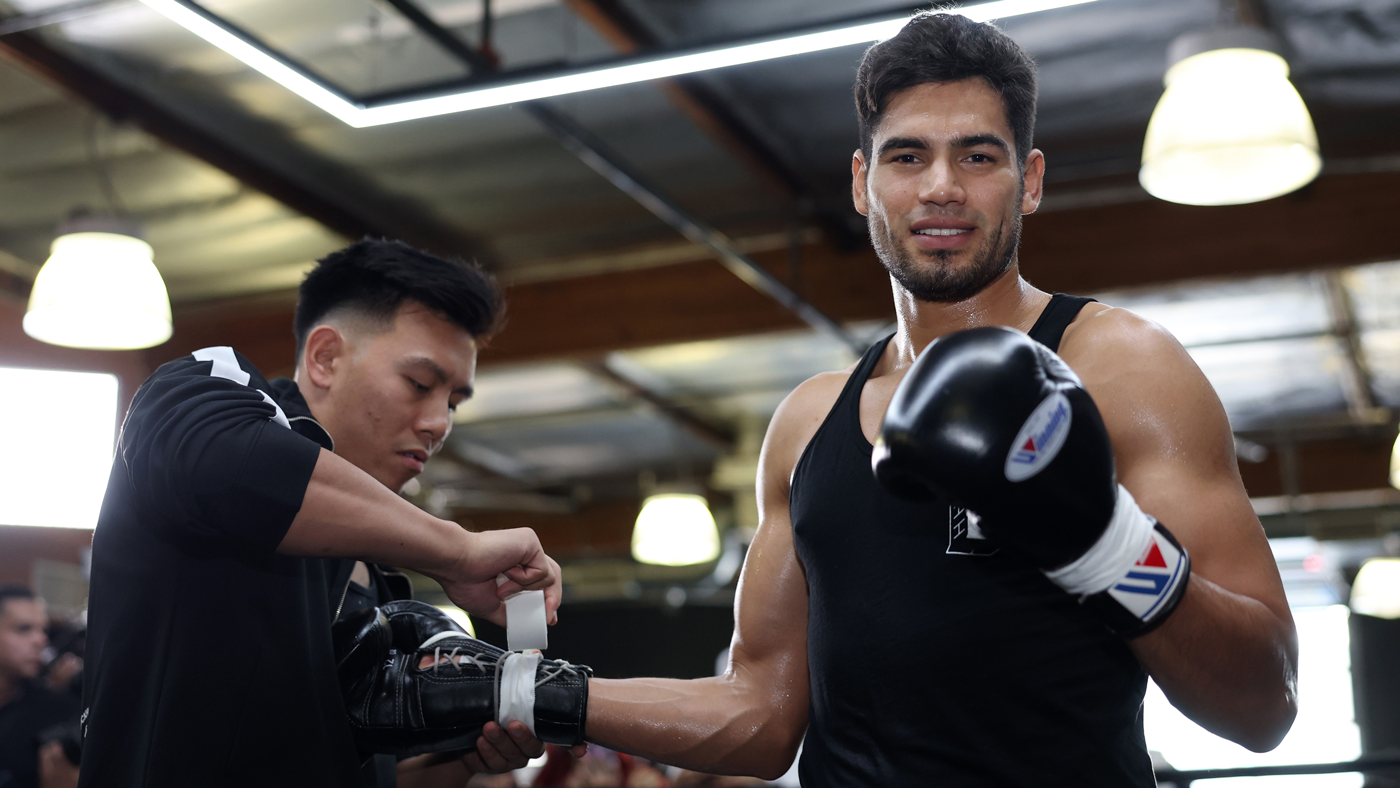 Trying to pinpoint how Ramirez, a 31-year-old native of Mazatlan, Mexico, slipped through the cracks a bit from the standpoint of mainstream boxing talk isn’t exactly easy. The tall southpaw is a well-rounded fighter with a penchant for making exciting fights and has been calling out the biggest names like countryman Canelo Alvarez for years.

Ramirez burst onto the scene in 2016 when he outpointed Arthur Abraham to capture the WBO super middleweight title before making five title defenses. But shortly after he outgrew the division and was forced to move up, he parted ways with promoter Top Rank in 2020.

The move was described as “mutual and amicable” by the promoter although Ramirez’s team claimed Top Rank chose not to renew the deal. Ramirez immediately went solo using his own company, Zurdo Promotions, but began to slip further off the radar fighting on independent pay-per-view cards.

Enter Golden Boy Promotions with an offer Ramirez said was a surprise and a promise from CEO Oscar De La Hoya of a title shot, which was achieved by becoming the WBA’s mandatory challenger. Now, even with the lack of crossover hype surrounding him, Ramirez could be one victory away from fighting for the undisputed championship against Artur Beterbiev (18-0, 18 KOs), who unified his pair of belts with Joe Smith Jr.’s WBO title in their June bout via TKO.

“It was a really good experience for me [switching promoters] and interesting because I tried to go out on my own,” Ramirez said. “But Golden Boy came and gave me a good deal I couldn’t say no to. I’m so glad for that. I’m glad for what we did in the past with Top Rank, too, but right now it’s just so exciting to be in the ring with Dmitry Bivol for a world title.”

Considering Bivol’s inclusion among the pound-for-pound best following his upset of Alvarez in May, Ramirez believes he can join the top 10 rankings with a win, in addition to becoming a two-division champion. But Ramirez’s old school outlook to the boxing game suggests he’s more interested in the competition aspect of facing the best in the world than necessarily the money and fame that comes with it.

Although Ramirez said he respects Alvarez’s prior statement that he wouldn’t want to fight any Mexican opponents, he was quick to explain why the concept is so foreign to him.

Bivol, a 31-year-old Russian who was born in Kyrgyzstan, is as technical a boxer as they come on the world level. Although he did show a more offensive side in staving off the smaller Alvarez, it’s far more likely he will look to control distance and box against Ramirez.

Preventing Bivol from keeping it a chess match is ultimately the path to victory Ramirez believes will work best for him.

“I’m a left-hander and I’m taller than him. It will be a different fight for Dmitry Bivol,” Ramirez said. “Of course, I will have the advantage [if we brawl]. We both know it will be a hard fight for him.

“The problem for Bivol is if he fights me. We will go to war and it will be an exciting fight. Expect an interesting fight and a war. I want to give everything in the ring and give the whole Mexican people a new champion. I will become a pound-for-pound fighter.”

Ramirez is just as confident he can outbox Bivol, for the record, if the need for such a strategy arises.

“Anything he brings, I can do it better,” Ramirez said.

Thousands of miles across the globe in the United Arab Emirates, Ramirez will have the chance to finally enter the exclusive conversation which eluded him the only way he knows how — by crashing the party.