President Volodymyr Zelenskyy of Ukraine is heading to Washington, D.C. for a Wednesday visit. He is expected to meet with President Biden at the White House and address Congress on his first trip abroad since Russia attacked Ukraine 10 months ago.

He announced his trip in a tweet early Wednesday, saying, “On my way to the US to strengthen resilience and defense capabilities of Ukraine. In particular, @POTUS and I will discuss cooperation between Ukraine and the U.S. I will also have a speech at the Congress and a number of bilateral meetings.”

A White House official told CBS News Wednesday morning that Zelenskyy was “in the air now.”

The White House said in a statement early Wednesday that President Biden invited his Ukrainian counterpart “to underscore the United States’ enduring commitment to Ukraine.”

According to the statement, the two presidents will meet at the White House, then Zelenskyy “will address a joint session of Congress, demonstrating the strong, bipartisan support for Ukraine.”

“Three hundred days ago,” the statement continued, “Russia launched a brutal assault against Ukraine. In response, President Biden rallied the world to support the people of Ukraine as they defend their sovereignty and territorial integrity.

“During the visit, President Biden will announce a significant new package of security assistance to help Ukraine defend itself against Russian aggression. The visit will underscore the United States’ steadfast commitment to supporting Ukraine for as long as it takes, including through the provision of economic, humanitarian, and military assistance.”

A senior administration official said the package will amount to “nearly $2 billion” and include, for the first time, a Patriot missile battery “which will be a critical asset to defend the Ukrainian people against Russia’s barbaric attacks on Ukraine’s critical infrastructure.  We will train Ukrainian forces on how to operate the Patriot missile battery in a third country.”

The official said Mr. Biden would assure Zelenskyy that the U.S. “will stand with Ukraine for as long as it takes and that in doing so, that support will remain broad, deep, and bipartisan.”

The visit has been in the works since November. An earlier plan to visit the U.S. in September during the U.N. General Assembly was called off due to the war.

U.S. Rep. Marcy Kaptur, co-chair of the House Ukraine caucus, confirmed to CBS News there had been ongoing, serious, behind-the-scenes efforts to bring Zelenskyy to Washington.

“We’d be very honored to have him visit. I’m amazed he can make it in view of the situation,” Kaptur said. “It’d be a great gift to have him at the Capitol. We’re working with the leadership to be helpful. We personally understand if he cannot make it at the last minute.”

In a letter to her Democratic colleagues Tuesday, House Speaker Nancy Pelosi urged her members to return to Washington and be “physically present” at the House’s session Wednesday. Punchbowl news was the first to report that Zelenskky’s visit was the reason for the sudden gathering.

“We are ending a very special session of the 117th Congress with legislation that makes progress for the American people as well as support for our Democracy,” Pelosi wrote. “Please be present for a very special focus on Democracy Wednesday night.”

During an address to the Ukrainian people, Zelenskyy said this week is “extremely important” for Ukraine and suggested he’d been asked to pass along a token of gratitude to the country’s allies.

Zelenskyy’s speech comes as Congress is working to pass a sweeping $1.7 trillion government spending package that includes nearly $45 billion in military, humanitarian and economic assistance for Ukraine. The measure would be one of the final pieces of legislation passed by the current Congress, and lawmakers were moving with urgency to clear the omnibus bill before a Friday deadline to avert a partial government shutdown.

The roughly $45 billion included for Ukraine is higher than the $37.7 billion requested by the White House in November and, if approved by Congress, would be the latest tranche of emergency assistance provided to Ukraine as it continues to fight Russia.

Lawmakers have allocated more than $65 billion in aid to Ukraine since the invasion, though some House Republicans have expressed opposition to continuing direct funding to the country. This new package would bring U.S. assistance to over $100 billion.

Zelenskyy has repeatedly expressed his gratitude to Mr. Biden and lawmakers for funding and security assistance, but in March made an emotional plea for additional weapons, including air-defense systems. The Ukrainian president appeared virtually before both chambers of Congress at the time and invoked key events in U.S. history — the 1941 attack on Pearl Harbor and Sept. 11, 2011, terror attacks — to further underscore the need for more help.

Zelenskyy’s visit would be part of his first trip outside Ukraine since Russia invaded in late February, and would represent a daring decision to leave the country amid the ongoing war and Russian attempts on his life. He met with Mr. Biden at the White House in early September 2021, and the two have spoken repeatedly by phone in the months since Russia’s invasion, during which the U.S. President has expressed continued support for Ukraine.

The White House has explored having Mr. Biden visit Ukraine several times but has tabled such plans amid security concerns. But other senior U.S. officials, including Secretary of State Antony Blinken and Defense Secretary Lloyd Austin, have visited the Ukrainian capital of Kyiv over the course of this year.

Democratic Sen. Chris Coons of Delaware said Tuesday that Zelenskyy addressing Congress would be “the perfect ending to two years where President Biden has had some landmark successes, and a year where his biggest success internationally has been rallying our NATO allies to support the Ukrainian close.”

Alan He, Melissa Quinn, Caroline Linton and Brian Dakss contributed to this report. 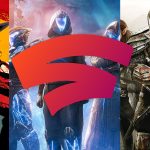