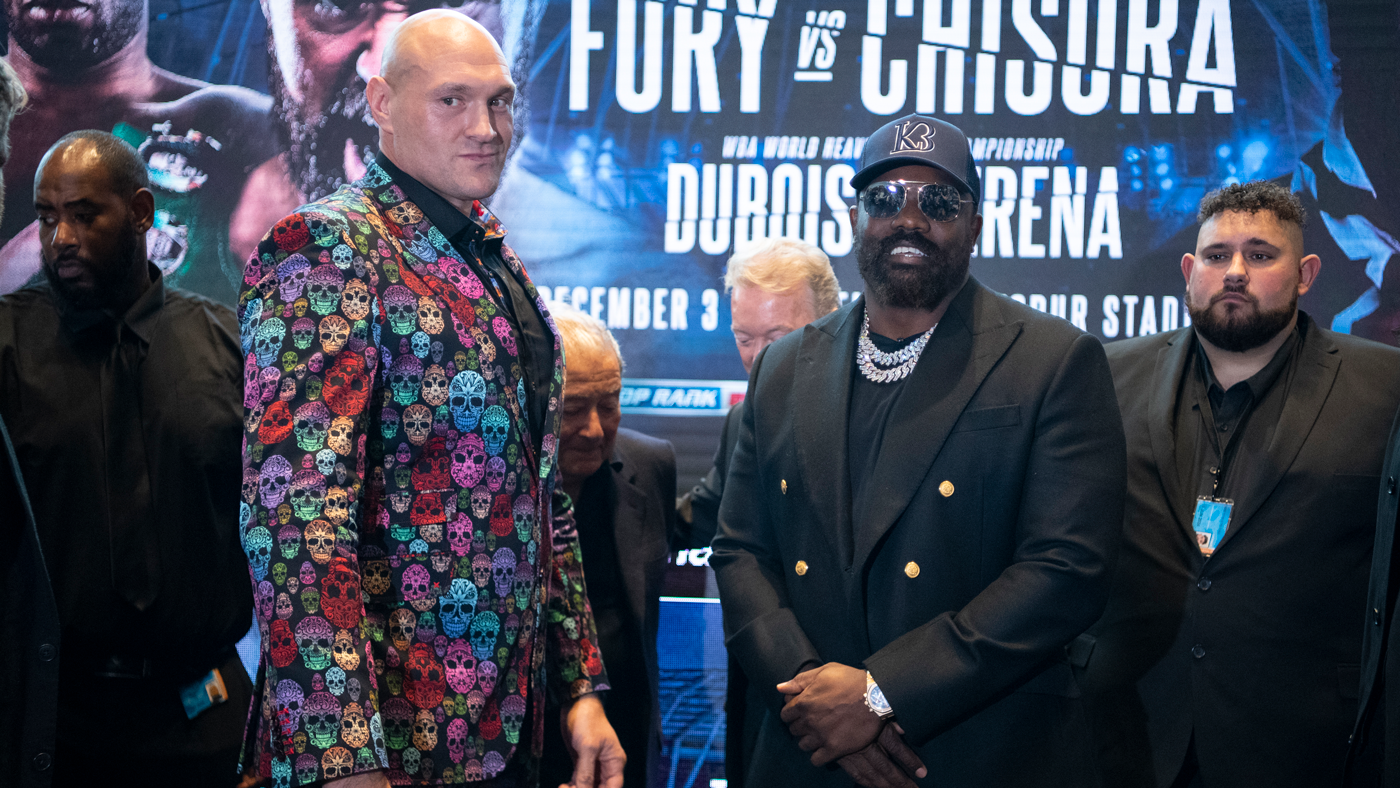 The absurd journey to Tyson Fury’s next bout has taken another twist. The WBC heavyweight champion is now set for a trilogy bout with Derek Chisora. The fight will take place on Dec. 3 inside Tottehnam Hotspur Stadium in London, the promoters announced on Thursday with a press conference.

Fury (32-0-1, 23 KO) had announced his retirement directly following his April knockout of Dillian Whyte. Very few observers believed the retirement would stick, especially as many believed Fury would be looking to become undisputed champion by facing the winner of the August rematch between IBF, WBO and WBA champion Oleksandr Usyk and two-time former champion Anthony Joshua.

Instead, Fury announced weeks ahead of Usyk vs. Joshua that he was ending his retirement to fight Chisora (33-12, 23 KO), citing a desire to become the first heavyweight champion to take part in two trilogies, having already gone 2-0-1 in three fights with Deontay Wilder. Fury defeated Chisora by decision in 2011 and TKO in 2014.

Mere days after announcing he would be fighting Chisora, Fury reversed course, saying the bout would not happen and again stating that he was retired.

Immediately following Usyk’s win over Joshua, and less than two weeks after his most recent retirement announcement, Fury posted a video on social media stating that he was “here to stay.” However, the first four-belt unification in heavyweight history was not in the immediate future as Fury wanted to fight one more time in 2022 while Usyk needed time to deal with injuries and would not fight again until early 2023.

Fury then turned his attention to Anthony Joshua and the pair were reportedly close to a deal for a December clash in what would have been one of the biggest fights in British boxing history. Those negotiations then fell apart as Fury would declare deadlines for the deal to be done while extending those deadlines and claiming the Joshua camp was failing to hold up their end in negotiations, despite reports that those same negotiations were progressing well.

There were also reports that Mahmoud Charr would step in to fight Fury, but that potential bout also seemed to fall apart before progressing anywhere meaningful.

Now, Fury has circled back to the fight with Chisora, who is coming off a split decision win over Kubrat Pulev. That win was Chisora’s first since October 2019. He had lost three straight, dropping a decision to Usyk before losing a pair of decisions against Joseph Parker.

Chisora is currently the No. 14 fighter in the WBC’s official rankings.