Twin Cities hospitals have continued to see an increase in patients. During the first year of the pandemic, M Health Fairview saw a 46 percent increase in children seeking help for a mental health crisis in its emergency rooms. This year to date, demand has grown 16.6% at emergency departments compared to 2021.

“I think it’s very clear that we’re in a mental health crisis for youth,” said Jamie Winter, the director of mental health services at Children’s Minnesota. “Over the past year, we’ve seen a large uptick in the number of kids coming into our two emergency departments seeking acute mental health care — having thoughts of suicide or having attempted suicide and really needing that highest level of care in our hospitals.”

Children’s Minnesota noticed a 30% increase in patients at its emergency departments in 2021 compared to 2020, a trend that continues. In 2021, suicide ideation became one of the top five diagnoses at Children’s hospitals.

“I think the thing we continue to hear from families and kids is how challenging the past two years have been,” said Winter. “Access to mental health services is hard across the metro, across our state and so they’re not always getting the care they need when they need it upstream to prevent them from needing to come in to see us in the emergency department.” 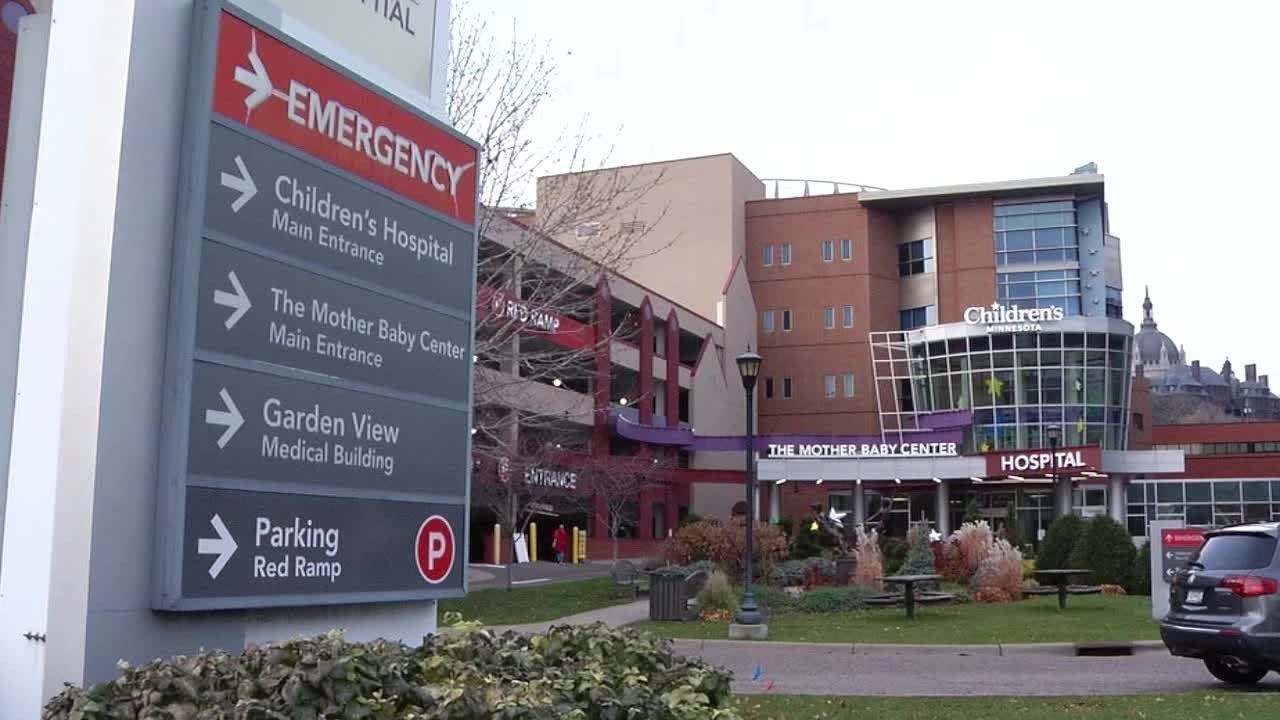 For some families, there can also be challenges accessing care once they’ve visited the emergency department. Health care systems have raised concerns about the shortage of in-patient mental health beds statewide.

“All systems in our Twin Cities metro area are overwhelmed with their own demand and kids in their own emergency departments that need care and so often times there may be no bed available,” said Winter. “Kids may sit and wait with us for hours, for days, for even up to a week where they’re really just waiting and they’re in limbo, where they need to go to inpatient mental health placement but there’s no bed available.”

Waiting in an emergency department for an in-patient bed to open up is known as “boarding.” 5 EYEWITNESS NEWS first reported the growing wait times in 2021.

When Elk River mother Lauren Bialon discovered chat messages between her then-12-year-old daughter and a group of other girls at school, which detailed plans to end their lives, she took her daughter to Mercy Hospital.

“We took her in knowing that she was in crisis,” Bialon said. “They took Caley immediately back into their triage room and they did her initial intake fairly quickly.”

She explained her daughter spent most of her two-and-a-half-day hospitalization in the emergency department amid a shortage of mental health beds.

“It was a little shocking for us,” Bialon said. “Out on the main floor in the emergency room, a child can walk right out of that room.”

On the second day of her daughter’s hospitalization, as the hospital worked with them to locate an acute in-patient bed, Bialon said the care team offered to send them home with medication. Bialon told 5 EYEWITNESS NEWS they didn’t view that as a safe option.

At the same time, they were also reaching out to treatment centers across the country, including a wilderness option.

“There were for two days no beds available in the state of Minnesota so we were looking at places in Wisconsin, North Dakota, five hours away just to get stabilization,” she said. “We were reaching our point of what do we do next? Do we take Caley home and wait for wilderness to call us back? What are we doing to Caley in these days? It doesn’t bode well for her to be sitting here doing nothing either.”

About two and a half days into her hospitalization, Bialon said she received a call from the hospital that they had located an in-patient bed for her daughter.

“We went ahead and decided to have Caley go ahead with that placement because we knew if she came home, there was no chance for her to stay safe,” she said.

“The emergency rooms right now this summer have been a little bit quieter,” said Dr. Mary Beth Lardizabal, the system director for child and adolescent psychiatric services for Allina Health. “Before the summer, the numbers were really high and we’d have high numbers of boarding kids like kids who might stay in the [emergency department] for hours or days.”

She added, “As we see school start to ramp up will we start to see more kids go to the emergency room? We’re working really hard to come up with ways to get kids out of the emergency room to keep them from having to go into the inpatient units.”

She explained they have been building up their partial-hospitalization programs, which allow children to get care during the day but sleep in their own beds at night.

“We’re increasing the number of seats in those programs by 30%, and we’re putting those partial programs into regional areas like Faribault or Cambridge or Hastings, where they don’t have as many psychiatric services,” said Dr. Lardizabal.

While the data has shown some improvement in the number of children seeking care at Allina emergency departments this year, Dr. Lardizabal is cautious.

“There are actually less kids showing up in our emergency rooms this year and our numbers in the outpatient world has been kind of stable, and that does not kind of sit with the things that we do know, which is that there is an increased need,” she said. “What I have been wondering and worrying about a little bit is are the kids not getting the care they need, are they literally waiting to get services and can’t get in? From Allina’s standpoint, we have been very busy, very full but we don’t have enough providers, we don’t have enough therapists so my concern is that kids are not getting the care they need.”

Last week, Allina announced it plans to open a new center at its Mercy Hospital-Unity campus as well. The center will provide partial-hospitalization mental health services for children, plus addiction and partial programs for adults as well.

According to Allina, several partnerships will be co-located at the center to also provide services such as food assistance.

“The specialty center is really created to address so many other factors for patient’s health, including the social determinants for mental health,” said Dr. Lardizabal.

Children’s Minnesota, meanwhile, plans to open a new in-patient unit in November. It will have 22 beds and is expected to serve about a thousand kids per year.

“There’s a lot of barriers with getting to that ultimate placement of in-patient mental health care and so we really hope to streamline and really reduce some of those barriers,” Winter said. “We often see not only challenges with bed availability, there could be transportation barriers with getting kids to hospitals. Sometimes we’re sending kids out of state, and just even the ambulance transport to get them from here to Fargo or into Wisconsin, there’s often backups because we’re competing with really finite resources.”

Bialon hopes to see more investment to expand mental services across the spectrum, from school-based care to hospitalizations to in-patient facilities and long-term treatment options.

“When you’re dealing with this with your child, it is traumatizing,” she said. “We need to help our health care professionals, we need to organize ourselves, we are in a crisis but we also need to look to parents and schools as well and say here are resources we have for you, let’s start here.”

Her now-14-year-old daughter continues to heal.

Bialon said, “Fourteen was a good year for her. She’s doing really well.”

If you or someone you know is struggling with their mental health, there are resources available:

If you believe someone is at risk of suicide, the U.S. Department of Health and Human Services suggests you:

The U.S. National Suicide Prevention organization has also compiled a list of resources to help with coping during the COVID-19 pandemic.