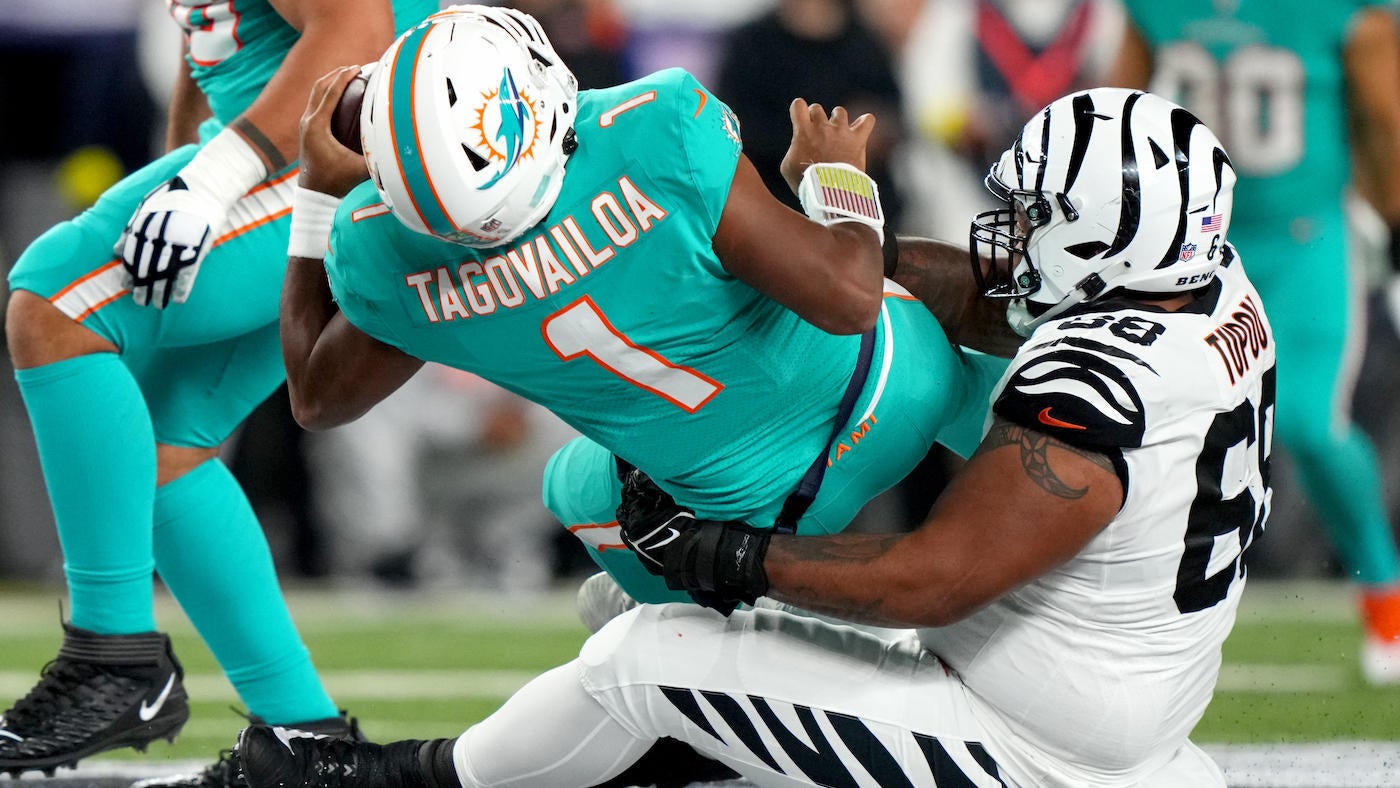 Miami Dolphins quarterback Tua Tagovailoa suffered what appeared to be a scary concussion during the team’s 27-15 loss to the Cincinnati Bengals on Thursday night, as he was stretchered off the field and taken to the University of Cincinnati Medical Center via ambulance. While Tagovailoa was later discharged and flew home with the team while reportedly sporting a neck brace, questions remain whether he should have been playing in the first place.

Tagovailoa was injured last Sunday against the Buffalo Bills after taking a hit from linebacker Matt Milano. It appeared he hit the back of his head, and the quarterback clearly had some instability when he stood up — as he then stumbled to the ground. Many assumed Tagovailoa had suffered a head injury, but the Dolphins classified it as a back injury, and the quarterback returned to the game.

The NFLPA stated afterward it would review whether the Dolphins followed the concussion protocol, but that investigation was not completed before Thursday’s game with Miami on a short week. Tagovailoa was questionable to play Thursday night with what were classified as back and ankle injuries. He suited up, then suffered a scary head injury after a violent sack.

“We insisted on these rules to avoid exactly this scenario,” Smith said. “We will pursue every legal option, including making referrals against the doctors to licensing agencies and the team that is obligated to keep our players safe.”

“We are all outraged by what we have seen the last several days and scared for the safety of one of our brothers,” Tretter said. “What everyone saw both Sunday and last night were ‘no-go’ symptoms within our concussion protocols. The protocols exist to protect the player and that is why we initiated an investigation.

“Our job as the NFLPA is to take every possible measure to get the facts and hold those responsible accountable,” Tretter continued. “We need to figure out how and why the decisions were made last Sunday to allow a player with a ‘no-go’ symptom back on the field. Until we have an objective and validated method of diagnosing brain injury, we have to do everything possible, including amending the protocols, to further reduce the potential of human error. A failure in medical judgment is a failure of the protocols when it comes to the well being of our players.”

This was a matter that the NFLPA had already planned to look into even if Tagovailoa was not injured on Thursday night. Since he unfortunately did suffer a head injury, the importance of this matter has reached a new level. The NFL and how they handle concussions has been a hot topic for years. With this latest incident, one has to wonder if it could lead to another change in protocol.