ATHENS — There were significant developments in the College Football Playoff picture with No. 1 Georgia likely clinching one of the top four spots.

It’s less certain, though still possible, (projected) No. 2 Michigan (12-0) and No. 3 TCU (12-0) could make the four-team CFP field with a loss in their respective conference championship games.

At No. 4, USC (11-1) likely needs to win the Pac-12 Championship Game against Utah to be included in one of the CFP Semifinal Games.

The CFP picture becomes considerably more blurry after that, with a contested race for the No. 5 position — an on-deck circle of sorts — should one of the top teams lose.

Clemson (10-2) and LSU (9-3) were essentially eliminated with their losses on Saturday.

The Horned Frogs took care of business by jumping on Iowa State early and often en route to the 62-14 win. TCU, like Michigan, will want to take any decisions out of the committee’s hands by winning the Big 12 Championship Game.

The Trojans got an impressive 38-27 home win over Notre Dame on Saturday night and are firmly in control of their own destiny. Quarterback Caleb Williams also established himself as the clear front-runner for the Heisman Trophy.

The Crimson Tide has come through the back door into the College Football Playoff before, making — and winning — the 2017 CFP despite not playing in the SEC Championship Game.

Alabama has three wins over Power 5 teams with winning records (Texas, Mississippi State, Ole Miss), and their two losses came on the final plays of games (Tennessee, LSU) by a combined four points.

No two-loss team has made the CFP semifinals before, but the “four-best” concept helps the Tide if they are being measured against a non-conference championship game winner, even if it only has one loss, like Ohio State.

The decisive manner in which Ohio State lost to Michigan (45-23) — at home, outscored 28-3 in the second half — could ultimately be the back-breaker even though it’s the Buckeye’s only loss of the season.

The Vols are being counted out in many of the projections, but a closer look at their resume suggests they should be under consideration.

Tennessee could start out making the case that it has a head-to-head win over Alabama — the “other” two-loss team still being considered,

Also worth noting, the Vols have a road win at the 9-3 LSU team that beat Alabama this season, along with a road win at 8-4 Pitt. 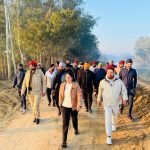 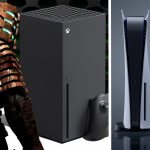 Why Dead Space remake runs at lower resolutions on PS5 and Xbox Series X, with no RT on Series S