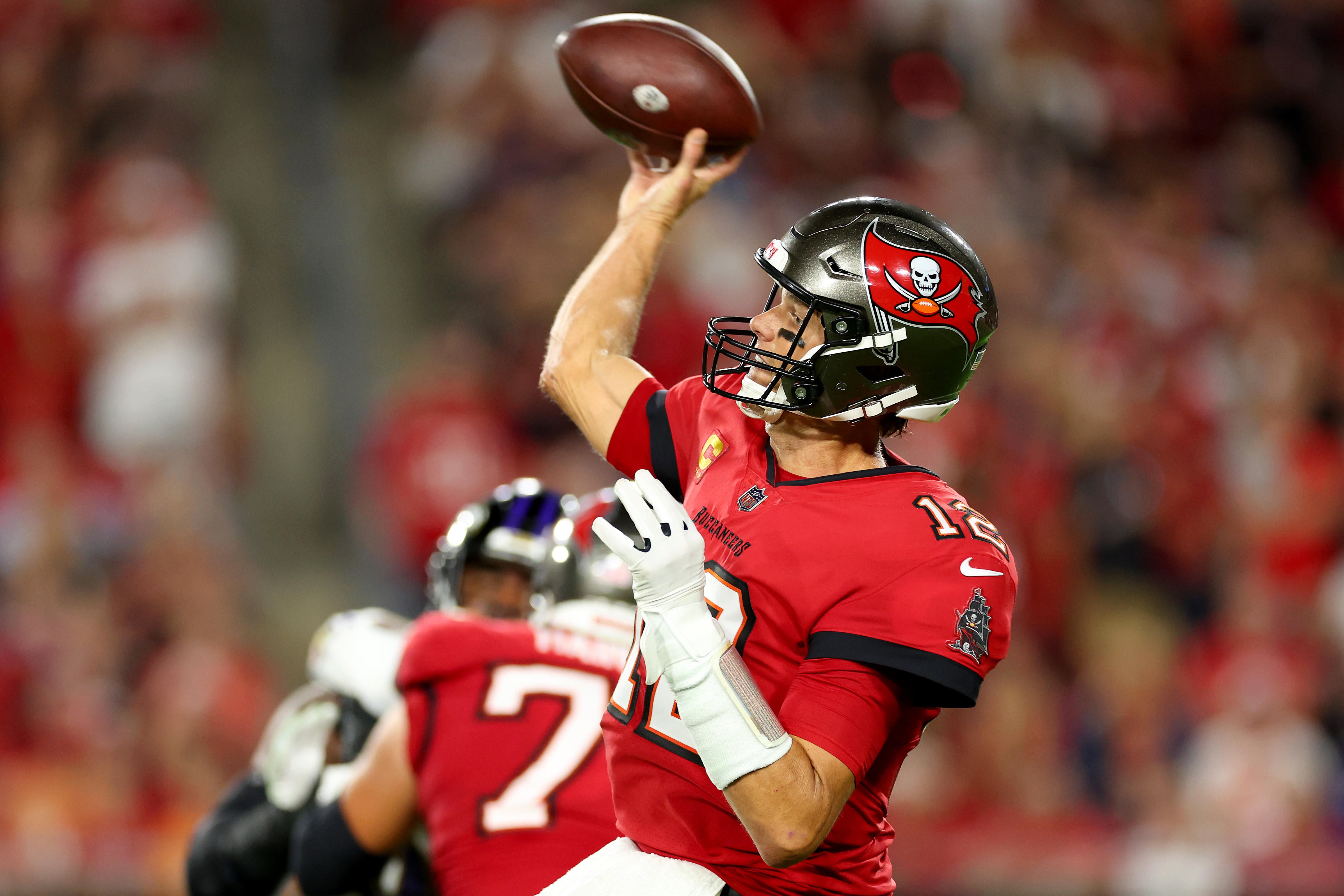 Over the course of his 23-year career, Tom Brady has broken dozens of NFL records and he added one more to the list on Thursday night against the Baltimore Ravens, although it’s a record that he probably would have preferred not to break.

Brady got sacked on consecutive plays by Justin Houston just before halftime against Baltimore, which means he has now been sacked a total of 555 times in his career. That moves him past Ben Roethlisberger as the most sacked player in NFL history. Over the course of his 18-year career, Big Ben was sacked 554 times. Roethlisberger actually just set the record last year by topping Brett Favre, who was sacked 525 times during his 20-year career.

The fact that Brady broke the record just one year after Roethlisberger set it is somewhat surprising, and that’s because the sack record is one record that usually stands for a while. Favre held the record for 11 seasons before Big Ben topped it. Before Favre, the record was held by John Elway for 12 years. During his 16-year career in Denver (1983-1998), the former Broncos quarterback was sacked a total of 516 times.

Of the 18 quarterbacks in NFL history who have been sacked 415 times or more in their career, 14 of them had a career that spanned at least 15 years. Only Drew Bledsoe (sacked 467 times in 14 years), Matt Ryan (sacked 450 times in his first 14 seasons), Matthew Stafford (sacked 432 times and in his 14th season) and Russell Wilson (sacked 447 times and in his 11th year) have taken 400 sacks or more in fewer than 15 seasons.

The one upside for Brady is that he might not be holding this record forever and that’s because there are several players who could end up breaking it. The two quarterbacks closest to Brady on the all-time sacks taken list are Aaron Rodgers (513) and Ryan (471), but the player who ends up taking the most sacks could end up being Wilson, who’s on an absurd pace.

At the rate he’s going, there’s a good chance Wilson is going to end up as the most sacked quarterback of all time. The Broncos signal-caller has been sacked 447 times in 10 and a half seasons, which would put him on pace to take more than 600 sacks if he ends up playing JUST 14 YEARS in the NFL (If he played 20 seasons, he would be on track to take 875 sacks).

Here’s a look at the six quarterbacks who have taken the most sacks in NFL history:

We included Krieg here because because Ryan could end up passing him. The Colts QB was on pace to take 59 sacks this season and if that happens, he would end the year with 509 for his career, which would make him just the sixth QB in NFL history to be sacked 500 times or more. However, the veteran was just benched for Sam Ehlinger so he probably won’t move up this list, but you never know.

Also, Rodgers is just four sacks away from passing Elway for the fourth spot on this list, and by the time the season is over, Rodgers will likely have passed Favre to get to No. 3.

Brady, Wilson, Rodgers, Ryan and Stafford are the only active NFL quarterback who have been sacked at least 380 times.