I have been a huge fan of Gov. J.B. Pritzker. His accomplishments have been many. He handled the COVID crisis with grace and consistency with his daily briefings, mandates and great health team. He finally achieved a consensus on criminal justice reform that should be a model for every state. His climate change actions go beyond what most other states are doing.

But his funding to bolster his now-opponent’s campaign was just wrong. It may be legal, but it shows a lack of character, especially when compared to his other actions. Money in politics has become a bigger problem ever since the Supreme Court declared that corporations have the same rights as individuals in the Citizens United decision. Wealthy people have a right to spend their money as they see fit. But laws should limit what is spent, how it is spent and for what purpose.

SEND LETTERS TO: letters@suntimes.com. We want to hear from our readers. To be considered for publication, letters must include your full name, your neighborhood or hometown and a phone number for verification purposes. Letters should be a maximum of approximately 375 words.

People running for re-election should run on their record. They should ignore their opponent’s attacks and just explain to the public why their record is superior to their opponent. Pritzker has a great record. He should stick to that and let the Republican ads fall where they may.

The mother of the 17-year-old Oak Lawn youth who was arrested by police has focused her outrage in the wrong direction. Instead of being outraged because of the way police arrested her son, she should be outraged that her high school senior son was allegedly carrying an illegal weapon, that he ran from police, continuously fought with police as they tried their best to arrest him and tried to reach into his bag for the gun during the arrest. Maybe if she had spent a little more time teaching her son right from wrong, he would not be in this position now.

Republicans who testify are no heroes

The Republicans who have testified at the Jan. 6 hearings are not as heroic as Liz Cheney would like us to believe. Donald Trump’s administration was a disaster for our country from day one, yet these people stayed with him through the cruelty and corruption until the very end. And then, they behaved like the proverbial rats abandoning the sinking ship.

The Republican Party, with or without Trump, remains the number one threat to our democracy. Cheney is trying to eliminate Trump and rehabilitate a party that stands for little more than tax cuts for the rich and screwing over everyone else. Defeating these enablers and Big Lie candidates, at every level of government, must be our No. 1 priority. 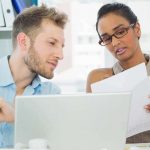