When I was growing up, and this would perhaps hold true for the rest of the dinosaurs out here, if we were to say that we were depressed, the treatment we received was a couple of slaps. We, as a society, had, at the time, become good at shoving issues of mental health under the rug. No longer.

The Covid-19-induced lockdown changed that. We were told to be locked in. We hated it then because we are social beings. Human interaction in the real world is crucial to us. Mental health was affected because unlike our lives before the pandemic, we were forced to be confined to our houses, while we watched death loom around us all. Several startups, addressing depression, began to flourish all over. Psychiatry, once considered a speciality that very few chose was in massive demand.

It wasn’t Covid-19 alone that caused this disaster in the mental health space. However, it brought to the surface the effect of isolation coupled with our overdependence on mobile phones. The silver lining behind this crisis is the realisation that there is a crucial interlinking of the body and the mind for all people. However, in addressing the body-mind disconnect, which happens on different scales for different people, there has often been an overcorrection in addressing mental health, especially depression.

A study done by Dr Francesco Recchia and colleagues from the University of Hongkong, published in the British Journal of Sports Medicine on September 23, 2022, found that treatment effectiveness amongst those with non-severe depression, doing exercise and on antidepressants, are better than those not on either of them. But there is no added benefit of doing both when doing both together versus when doing only one of them.

Before going any further, it is first very important to understand what is non-severe depression.

Dr Anurag Mishra, a psychoanalyst and founder of the Livonics Institute of Integrated Learning and Research, gave me a practical, functional classification of depression. People with mild depression tend to be able to move around, go for walks and runs, and try to carry on with their regular lives. They are the ‘chaltas’. Those with moderate depression tend to attempt to get around but they do so lethargically, repeatedly dragging themselves out of the dumps, which he calls ‘ghasittas’. And lastly, those with severe depression don’t feel like doing anything and are lying around all the time, extremely low on energy, hence they are ‘letas’.

It’s the folks with severe depression who tend to be on antidepressants for years and years. Another study found that the use of antidepressants for over 10 years may double the risk of heart disease, and an increased risk of death from cardiovascular disease. This study was done by Dr Narinder Bansal and his colleagues at the University of Bristol and published in the British Journal of Psychiatry Open on September 13, 2022. They analysed data on over 220,000 adults aged between 40 to 69 years.

Dr Bansal, the lead author of the study, raised an interesting point. Excess weight, smoking, and low physical activity are associated with depression. Also, those on medications tend to have more severe depression. So it becomes difficult to fully separate the effects of depression from the effects of medication.

Dr Bansal says, “Regardless of whether the drugs are the underlying cause of these problems, our findings emphasise the importance of proactive cardiovascular monitoring and prevention in patients who have depression and are on antidepressants given that both have been associated with higher risks.”

Taking from the first study mentioned, one would think that it is a no-brainer for anyone having non-severe depression to get on with exercising rather than take antidepressants that have side effects.

People with severe depression, however, tend to lack the motivation to get out of bed, as Dr Mishra pointed out, leave alone exercise, or go out for walks, runs or to the gym. We need to make them feel better. Too many people are put on medications for way too long, advised to get investigations, and all kinds of procedures and surgeries. I am no big fan of excessive interventions, but advancements in medical sciences have led us to have a better quality of life and live longer. We need to be smart about how to go about it.

Dr Mishra prescribes both exercises and antidepressants, depending on when and how much is either needed. He adds, “Having depression is like being in jail. The antidepressants help in the jailbreak, gradually melting away the bars. But once you are outside, you need to get on with life, and for that, you need to be active. The problem is that most people, once they’ve been in jail for too long, or depressed in this case, are scared to be outside. It is more the mind than the body that doesn’t let them move or makes them repeatedly stop exercising. Both exercise and antidepressants have a role. We shouldn’t be throwing away antidepressants. Just that we should be using them more judiciously.”

The problem I face with depression is reducing the drop-out rates in those who exercise. Prof Panteleimon ‘Paddy’ Ekkekakis, the Chair of the Department of Kinesiology, Michigan State University, agrees with this. “The greatest challenge exercise science faces is not to devise training programmes that are effective in the short term but rather programmes in which self-determined people want to partake voluntarily, regularly, over the long haul, ideally, for the rest of their lives.”

There is not one solution that will work for all, so there is no harm in trial and error. Motivation and dedication aren’t going to get us very far, as there will be good days and bad. Start with discipline. Commit to getting out there for the next week, next month and the next quarter. You might not be able to do it on your own, so form a group or commit at least to an exercise buddy. Stay away from folks who keep reminding you of your slow progress and how good they have done at the same time as you. What’s more important is to get out there and work on those small tiny steps every day, even on days that you don’t feel like it. Even better, start to mentor others to get moving. This will put pressure on you to show up regularly. Do whatever it takes. Stick around for friends. Reach out to friends. Set yourself some targets, more than distance or weight, of saying that you’ll keep at it.

And once you’ve been at it for a month or two, you’ll notice that magic happening. And it starts today.

Dr Rajat Chauhan is the author of MoveMint Medicine: Your Journey to Peak Health and La Ultra: cOuch to 5, 11 & 22 kms in 100 days

He writes a weekly column, exclusively for HT Premium readers, that breaks down the science of movement and exercise

The views expressed are personal 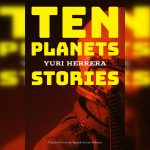 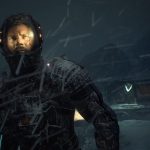 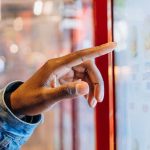 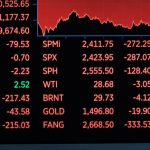