Updated on September 23, 2022: Katsuhiro Harada clarified on Twitter that he didn’t actually use the strong word “unfair” in the IGN interview. “For someone like me (hobbyist of PC builds), I just said, ‘PS5 & XBOXSX have a good balance between price & performance (darn!)'” wrote Harada on Twitter.


The fighting game community has seen an unprecedented push to play primarily on PC in just the past 3 years, but the vast majority of players in general are going to stick with consoles for the foreseeable future.

And luckily for all of them it sounds like the newer hardware should hopefully provide a worthy experience with Tekken 8 Executive Producer Katsuhiro Harada feeling the PlayStation 5 and Xbox Series X are unfairly capable compared to PCs for the price.

During his recent interview with IGN about the newly announced game, Harada was asked what it’s been like to work with the newer consoles compared to each other and PC, and this is what he had to say.

“It’s unfair that they’re so capable…I’m a huge PC gamer,” said Harada via IGN. “I actually like to build my own PC. So for me, building a tricked out PC and having that graphical edge or performance edge to play a game is always something that I like to experience.

So one of the things that’s quite surprising was just how capable both consoles are for such a low price point compared to building a PC. So that’s why I said it’s unfair that the consoles are that good at that price point.”

This sentiment is interesting to hear considering Tekken 8 is the first major fighting game to completely ditch the PlayStation 4 in order to solely focus on the next generation, making it in some regards the first true next gen AAA fighter.

Harada’s statement obviously doesn’t mean that PC still won’t be the the optimal way to play once the game is actually released, but it’s nice to hear that he doesn’t think the PS5 and Xbox are lagging behind in terms of horsepower.

Tekken 8 will also be among the first if not the first new fighter to use Unreal Engine 5 even though the project did begin development on Unreal Engine 4 before getting shifted over.

We have witnessed issues with the PS5 fighters using UE4 releasing with more input lag than its competition, so it’s going to be interesting to see if all the kinks with the new engine are worked out by the time Tekken 8 arrives.

At least developers have seemingly figured out how to finally bring the PS5 back in line with PS4 and Xbox, so hopefully we won’t see any repeats for the future.

Harada also spoke longer about how Bandai Namco is rebuilding everything from the ground up for Tekken 8, and the full interview with IGN can be found here. 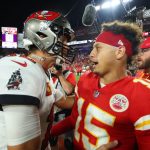 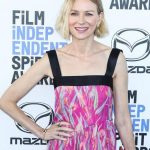 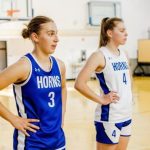 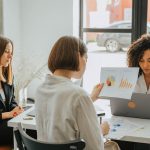