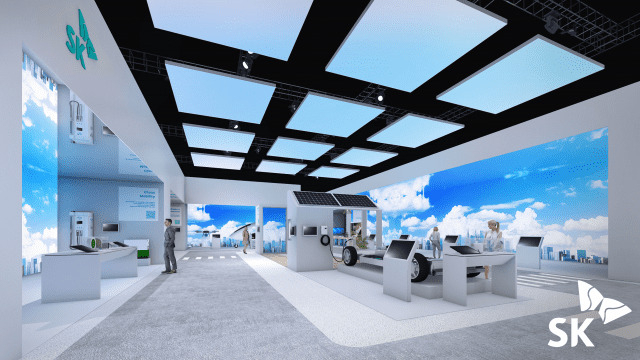 Concept image of one section of SK Group’s showroom, dubbed “SK Around Every Corner” at CES 2023. (SK Group)

South Korean companies are gearing up to showcase their latest future technology at the upcoming CES 2023 — the world’s largest tech convention — slated to be held from Jan. 5 to Jan. 9 in Las Vegas.

According to CES organizer, Consumer Technology Association, this year’s event will feature over 3,100 exhibitors from 173 countries and regions around the world. The CTA expects the four-day event to draw over 100,000 visitors.

After years of pandemic disruptions, this year’s event will be the biggest edition held in the last three years. And South Korea, with some 550 companies set to join the event, is expected to be the second-largest exhibitor behind only the US. 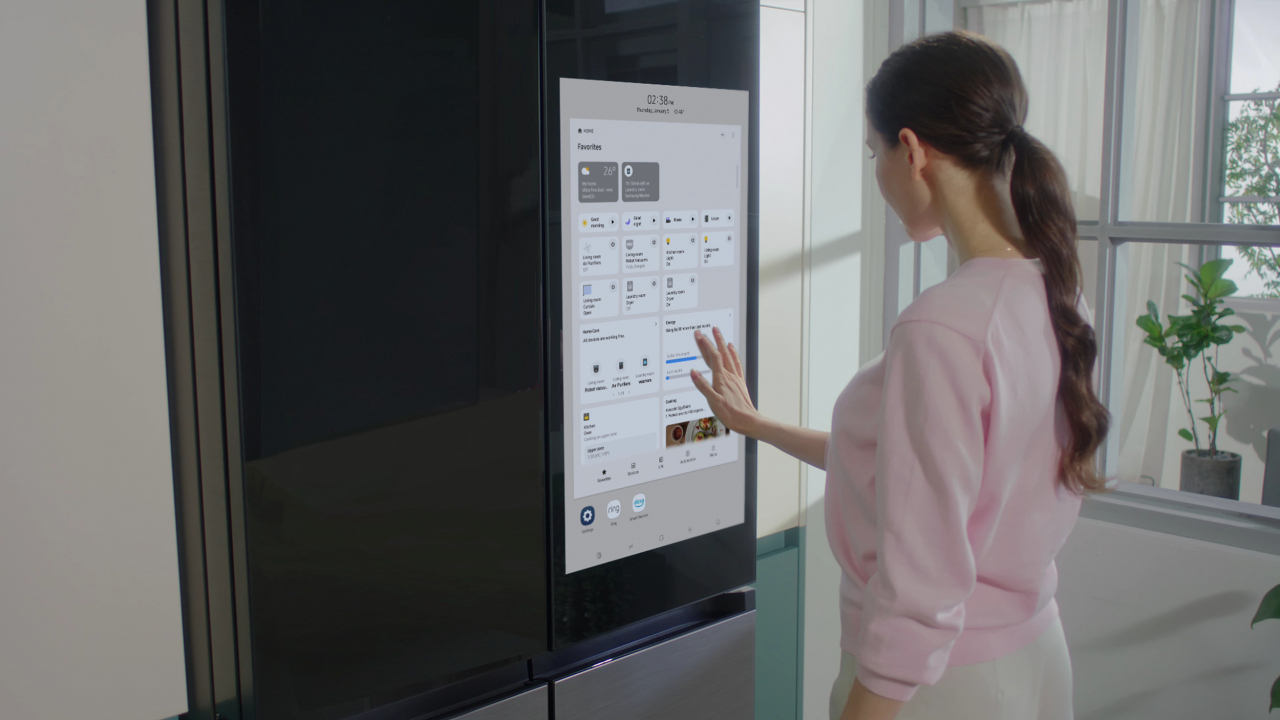 Samsung Electronics will unveil a more concrete vision for its “calm tech” at the upcoming CES. Calm tech refers to heightened connectivity among home appliances and devices most users do not recognize.

Among other things, an upgraded version of its SmartThings smart home platform is expected to debut to connect not just Samsung’s own home appliances but also those of other brands.

Currently, a total of 13 brands are joining the Samsung-led alliance with 2.3 billion users around the world. Samsung aims to more than double the user number to 5 billion in the next five years.

Han Jong-hee, vice chairman and co-CEO who oversees smartphone and home appliance businesses, is heading to the event to introduce the company’s SmartThings vision in person.

Samsung is also expected to unveil its latest premium home appliances, including a Bespoke refrigerator with a 32-inch giant touch screen and a new 77-inch edition of its new OLED TVs. 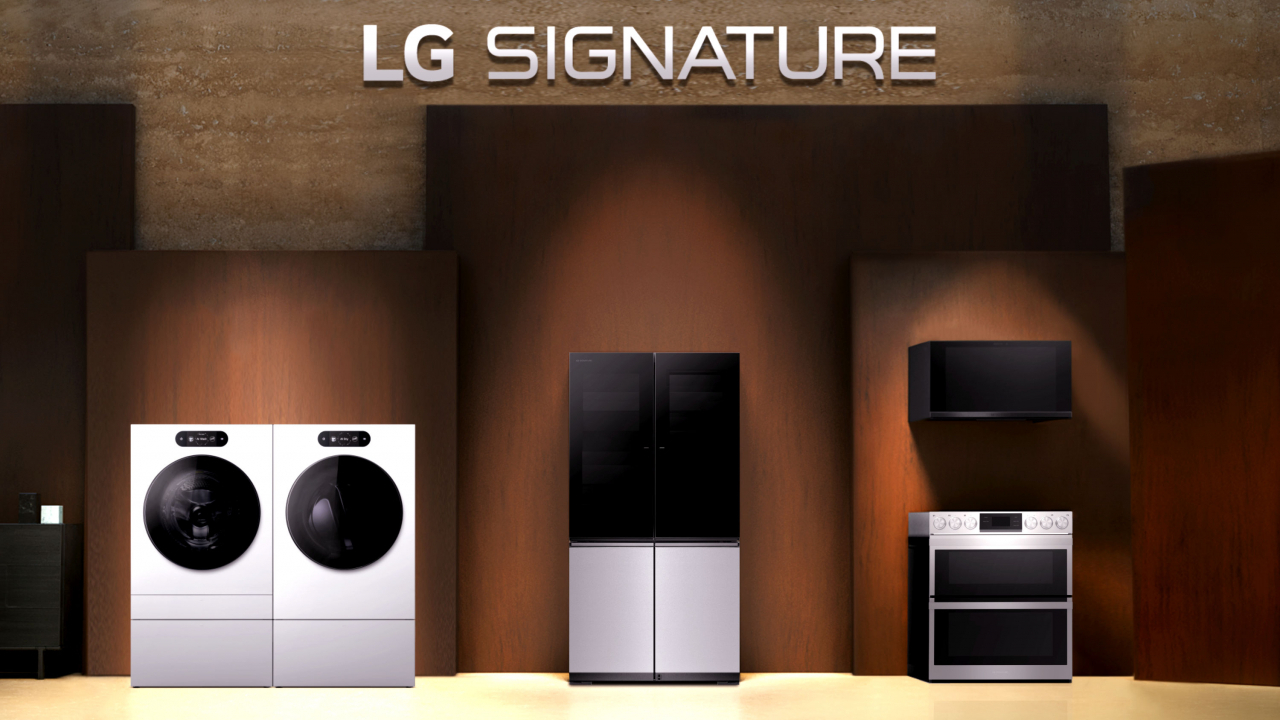 LG Electronics will present LG ThinQ UP, its “upgradable” home appliance brand that will make its overseas debut starting in the US this year. The UP Appliance, launched in Korea in January, allows customers to add new features to their existing LG appliances.

The Korean tech giant also will showcase its new minimalist design appliances that have removed all “unnecessary” design elements to focus on their core function and aesthetics. The new strategy aims to showcase the company’s commitment to sustainability by using recycled materials.

In the meantime, the second-generation LG Signature premium home appliance lineup also will be unveiled to boast elegant design and highly-advanced performance.

SK Group, the country’s second-largest conglomerate, will set up a giant exhibition booth highlighting 44 products and technologies from eight SK companies, including SK Inc., SK Innovation, SK E&S, SK Hynix, SK Telecom, SK Ecoplant, SKC and SK Biopharmaceuticals, and 10 other partner companies based in the US. Chairman Chey Tae-won is also scheduled to visit Las Vegas this week to add weight to the group’s largest-ever exhibition.

The booth consists of five different sections themed on clean mobility, zero carbon lifestyle, waste to resources, air mobility and future energy. Technologies that help cut energy use in daily life, from production to consumption, are expected to be showcased. One of the key technologies includes a next-generation sodium-cooled fast reactor, or SFR, developed by TerraPower, a US company with funding from SK and Microsoft founder Bill Gates, among others.

The conglomerate has announced its commitment to reduce carbon emissions by 200 million tons by 2030, which is 1 percent of the global carbon reduction target set to address the climate change.

HD Hyundai, which recently changed its name from Hyundai Heavy Industries Group, is looking to underscore its vision for future maritime mobility with a focus on sustainability.

As one of the world’s largest shipbuilders, the company will present the image of future ships that are safer and more economical based on its unmanned sailing and remote digital solution technologies. HD Hyundai said it will display a model of a large ship that has energy-saving technology and uses eco-friendly fuel with low carbon at the exhibition.

The shipbuilder will also unveil a maritime data platform, which aims to optimize the global sea transport network by collecting and analyzing every maritime data of ships, shipping firms and ports. HD Hyundai said it plans to introduce its solution for expanding people’s living space into the ocean under the theme of extending maritime leisure experiences.

Chung Ki-sun, CEO of HD Hyundai, will deliver a keynote over the shipbuilder’s vision at a press conference on Wednesday, according to the company.

“To achieve sustainable future growth, bringing the unlimited potential of the sea — humanity’s precious source — to life is necessary. By participating in CES 2023, we will present a new future for the maritime era based on the group’s 50-year experience and distinctive technology capabilities,” said an HD Hyundai official. 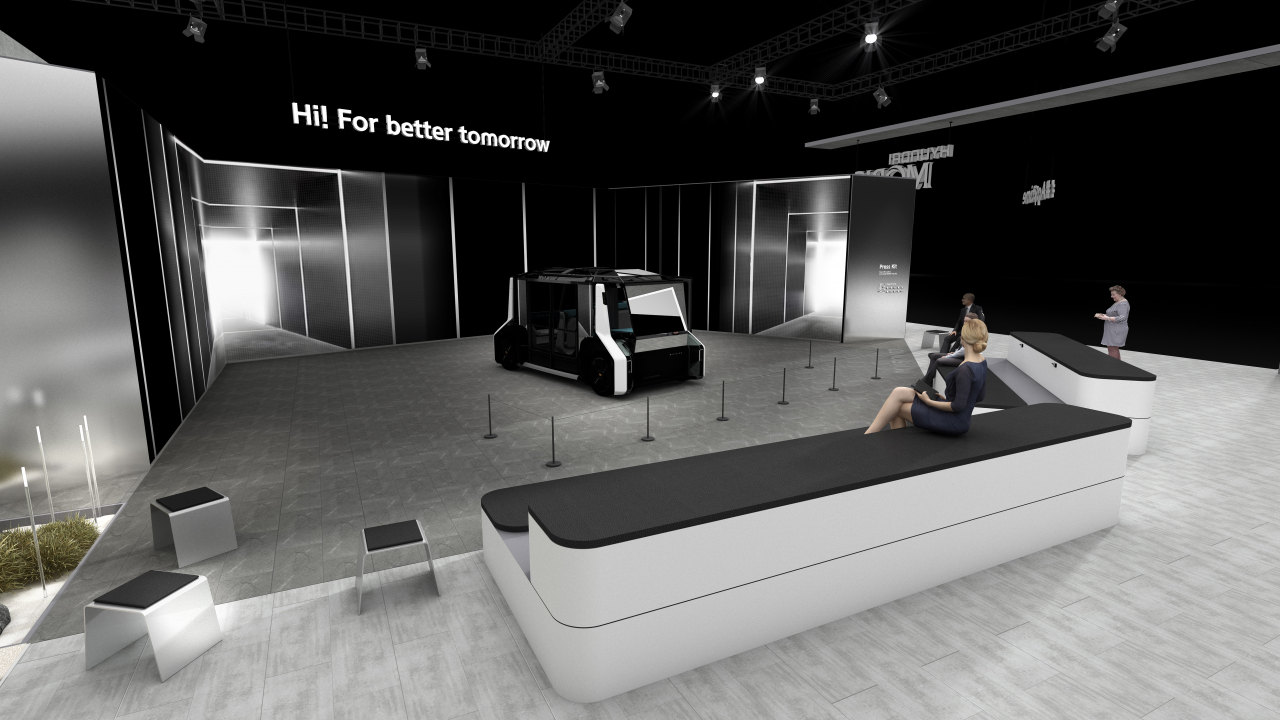 Hyundai Mobis is looking to put its most-advanced mobility technology on display. Hyundai Motor will not attend this year’s CES.

Hyundai Mobis said it will unveil M Vision TO and HI — the company’s future concept models of purpose-built vehicle — to the public for the first time at the event. M Vision TO will feature four pillars that operate sensors for autonomous driving and offer technology of mixed reality. M Vision HI will show off its glass display technology that can be used for watching movies and online shopping. M Vision HI will also allow passengers to control what they want to see on the glass display with its remote control technology that tracks eye movements.

Hyundai Mobis has set up a 780-square-meter exhibition area, which is the largest scale since the company began taking part in the annual tech convention in 2016. According to Cho Sung-hwan, CEO of Hyundai Mobis, the company will highlight its future business innovation and direction for technology strategy at the media showcase on Thursday.