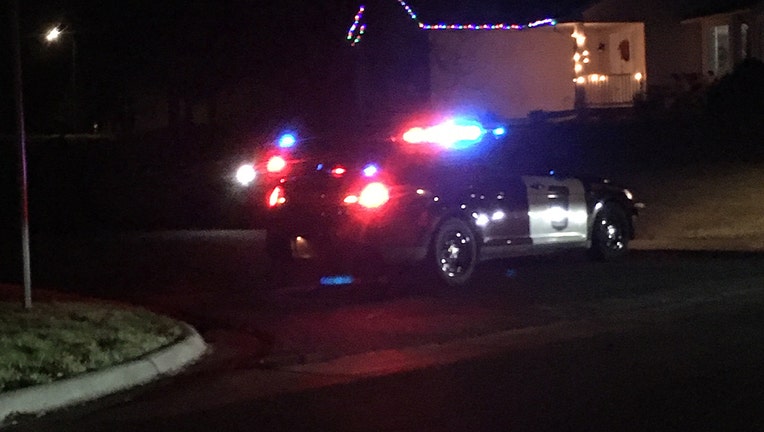 Police are responding to an incident that has one man barricaded inside a home in Prior Lake Friday. (FOX 9)

PRIOR LAKE, Minn. (FOX 9) – Police are recommending eight charges for a man who fled officers and then barricaded himself inside a family’s home, leading to a roughly nine-hour standoff with law enforcement in Prior Lake on Friday.

Investigators believe the 31-year-old man is homeless and has mental health issues. He was known to law enforcement — police say he was previously wanted on warrants for first-degree burglary and fleeing police in a car related to an incident in March.

Police are asking the Scott County Attorney’s Office to charge him with the following counts from Friday’s incident:

FOX 9 does not name suspects until they have been formally charged. The man was evaluated at a nearby hospital and remains at Scott County Jail, where police say he was uncooperative with the booking process on Saturday.

No one was injured during the incident.

Dumpster diving with a gun

The incident began at 1:20 p.m. Friday when officers were called to the Kwik Trip at Fish Point Road in Prior Lake for a report of a man who had been acting erratically and was going through dumpsters, Prior Lake Police Chief Steve told reporters during a press conference.

Officers arrived and tried to talk to the man as he dug through a dumpster,  but police said he assaulted an officer and then attempted to pull a gun from his waistband. One of the officers deployed a taser, and the man took off running with officers close behind, according to police.

The man fled on foot with officers close behind. The man approached a home on the 1600 block of Windsor Lase and snuck in through an open garage door, before then entering the house through a service door, according to Frazer.

The family was home. “There was such a dynamic, quick encounter where when they saw the uniforms, and they saw this strange man in their house, they did what was really astonishing to me. They evacuated themselves, kids, parents, and dog out of the house and got themselves to safety,” Frazer said.

The man and officers exchanged words, with the man pointing his firearm inside the home, Frazer said. Officers then backed away and called for the SWAT team, leading to the standoff.

Frazer said officers surrounded the home, and the Tri-City SWAT team, which has members from all the departments in Carver County and Scott County, responded, as did officers from several nearby departments, creating a total of about 70-75 law enforcement personnel.

Frazer said the man fired several shots inside the home, shooting through windows and walls. Investigators are still working to determine how many shots were fired and if the suspect accessed any guns that were in the home. Police do not know if he was trying to target officers.

“We had officers obviously very close and all around the home, so to fire through a wall or a window, I would say that’s too close,” Frazer said.

The man surrounded the next morning. Frazer called it an example of de-escalation on the part of police negotiators.

“They talked him through a series of calls, sometimes good communication, sometimes bad, and ultimately led him to realize that surrendering peacefully was the best outcome and the best answer,” he said.

RELATED: Why Plymouth PD and local police are increasingly turning to negotiator teams

DOJ working to brief senators on Trump and Biden documents