Shooting on Zoya Akhtar‘s live-action musical film The Archies is finished, the makers announced on Monday. The Netflix movie, set in the 1960s, is the Indian adaptation of the popular American comic Archies Comics. Netflix India shared the announcement on its official Twitter page.

“Grab your milkshakes and say Archiesssss, because filming just wrapped and we can’t wait to see the gang on-screen! (sic)” the streamer said in the post accompanied by a series of photos.

Grab your milkshakes and say Archiesssss, because filming just wrapped and we can’t wait to see the gang on-screen! ❤🥰#TheArchiesonNetflix pic.twitter.com/Ma3LXscFOM

Billed as a coming-of-age story based in the Anglo Indian community of India, The Archies follows the life of popular fictional teenagers Archie Andrews, Jughead Jones, Betty Cooper, Veronica Lodge, and Reggie Mantle, among others.

According to Netflix, the production on the movie was wrapped on December 16. The Archies is produced by Akhtar and her longtime collaborator Reema Kagti under their production house Tiger Baby, Graphic India and Archie Comics. 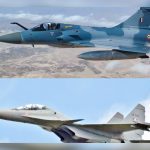 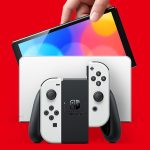 Best Nintendo Switch Settings You Should Be Using