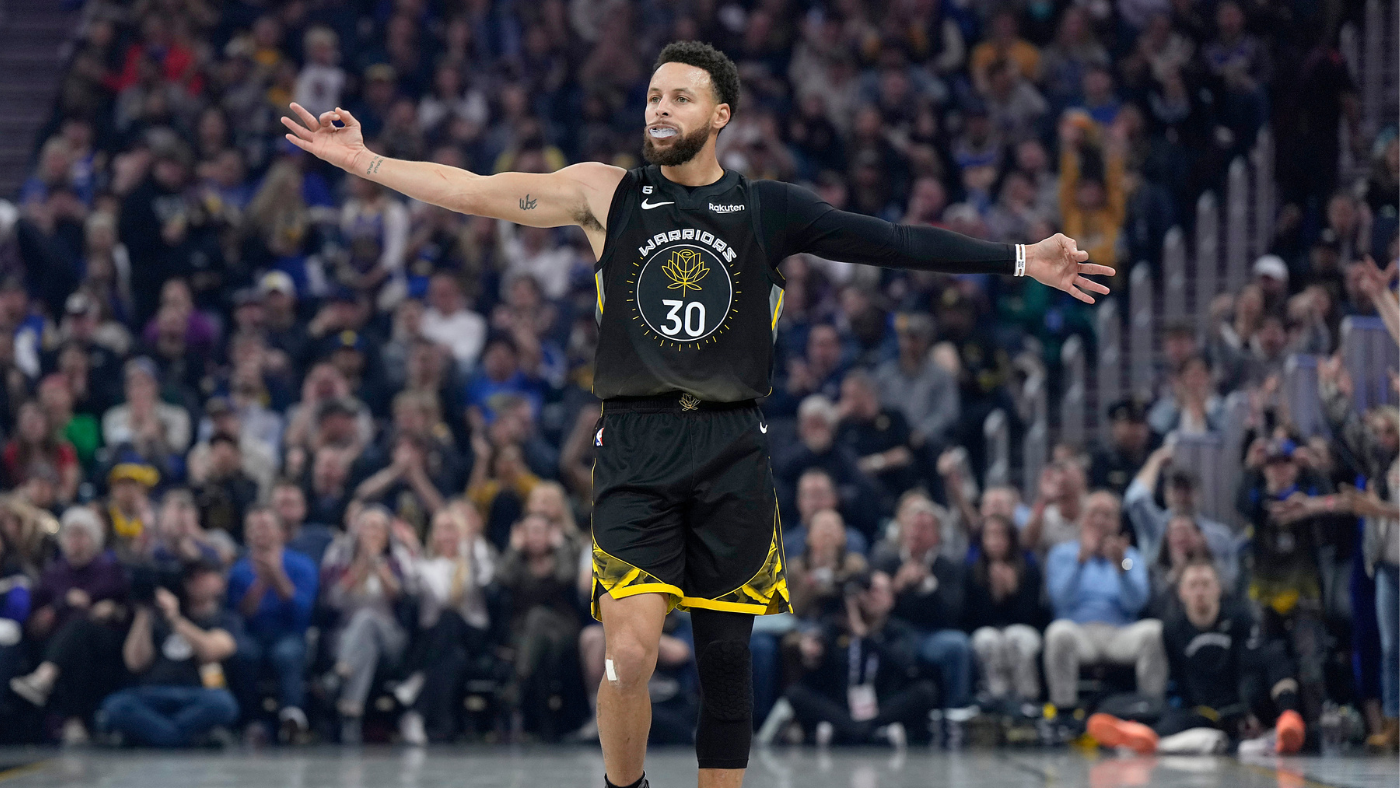 Forget the score. Forget the win-loss record. Forget Tuesday night’s loss. The best team in the Western Conference stepped on the floor Wednesday night in San Francisco the moment Stephen Curry rejoined his team after missing 11 games with a shoulder injury.

The Golden State Warriors, health allowing, will be the team to beat out West. Everyone else is still chasing them, pretenders to a throne the Warriors still firmly call their own.

Yes, sure, it’s true, Curry’s return coincided with a stumble against the depleted Phoenix Suns, a 125-113 loss to a team that had entered the game on a six-game losing streak. The defeat dropped Golden State below .500, to 20-21. Curry shot poorly from three. Klay Thomspon, too. And the team has now lost three in a row. To sub-par teams. At home, no less.

All sound and fury signaling exactly nothing. Not in the long run. Not in what matters.

Numerous conversations with rival GMs and others around the NBA over the last week reinforced the feeling that Steph Curry & Co. are the team to beat out West, recent struggles notwithstanding.

Curry is back, and that means the Warriors that won the last NBA title are still well-positioned to win the next NBA title.

This was the first time since Dec. 2 the Warriors vaunted starting five had played together — Curry, Thompson, Draymond Green, Kevon Looney and Andrew Wiggins. It will take a while for this group to get into rhythm again. Same for Curry, after one game back, and Wiggins, in only his second game since his injury, to do the same individually.

And when they do they’ll boast the most formidable force in the league.

Entering the game, those five Warriors were the best starting five in the league. Strike that. They were the best five-man rotation in the game. By a wide margin.

At just 278 minutes together, they still carried a +132 over this season.

That’s noticeably better than the Denver Nuggets starting lineup, a team that is ostensibly the Western Conference’s best since they’re tied for first at 27-13. Yet on Wednesday morning that group was +109 in 301 minutes.

In fact, the Nuggets spot atop the West’s standings perfectly illustrates an interesting, crowded but far from fear-inducing group of teams in the conference. The East has many true, clear contenders. But out West, only the Warriors, when healthy as they were Tuesday, and when they are clicking together as they will be soon, can say the same.

Denver’s defense is a huge postseason liability. The team they’re currently tied with, the Memphis Grizzlies, at least to my eye, may be the non-Warriors team I’d put my money on, but their youth and at times careless enthusiasm makes their short-term championship prospects questionable, even for those of us that believe strongly in their long-term upside.

The West, outside of the Warriors, is a running list of good or interesting but ultimately vulnerable teams.

The New Orleans Pelicans? … They might be a threat with a healthy Zion Williamson. They are certainly no contender without him, and his latest injury is another reminder that relying on Zion’s availability is a real gamble.

The Dallas Mavericks? … Luka Doncic is incredible, but he has too little help, and a poor defense behind him. As one scout told me this week, “The problem with Luka is largely he does so much for his team, he inevitably wears himself down by the time the playoffs roll around. He needs help just to have the energy to get through a long playoff run.”

The Sacramento Kings? … Sure, light the beam. This squad is fun, and explosive offensively. But they’re not a threat in a playoff series.

The Los Angeles Clippers? … Circle back when Kawhi Leonard and Paul George stop being part-time players.

Even the Suns, who beat Golden State in Steph’s return, are a shell of their former selves. As a second scout put it: “Chris Paul is washed.” And if CP3 is washed — and it seems possible — so are the Suns championships hopes.

But the main reason the Warriors are the team to beat is because they’re still the Warriors. Curry’s rough start to the game Tuesday, and his poor three-point shooting on the night, is the inevitable rust of a layoff.

But Thompson has started to largely round into form. The young players on this team, especially Jordan Poole, look poised to be a real help this half of the season. And the bizzaro 3-16 road record the Warriors hold is what it is, but it’s a strange anomaly. Don’t be misled by it.

Curry is back. Which means the Warriors are back, too.

Let’s try not to write them off too soon once again.