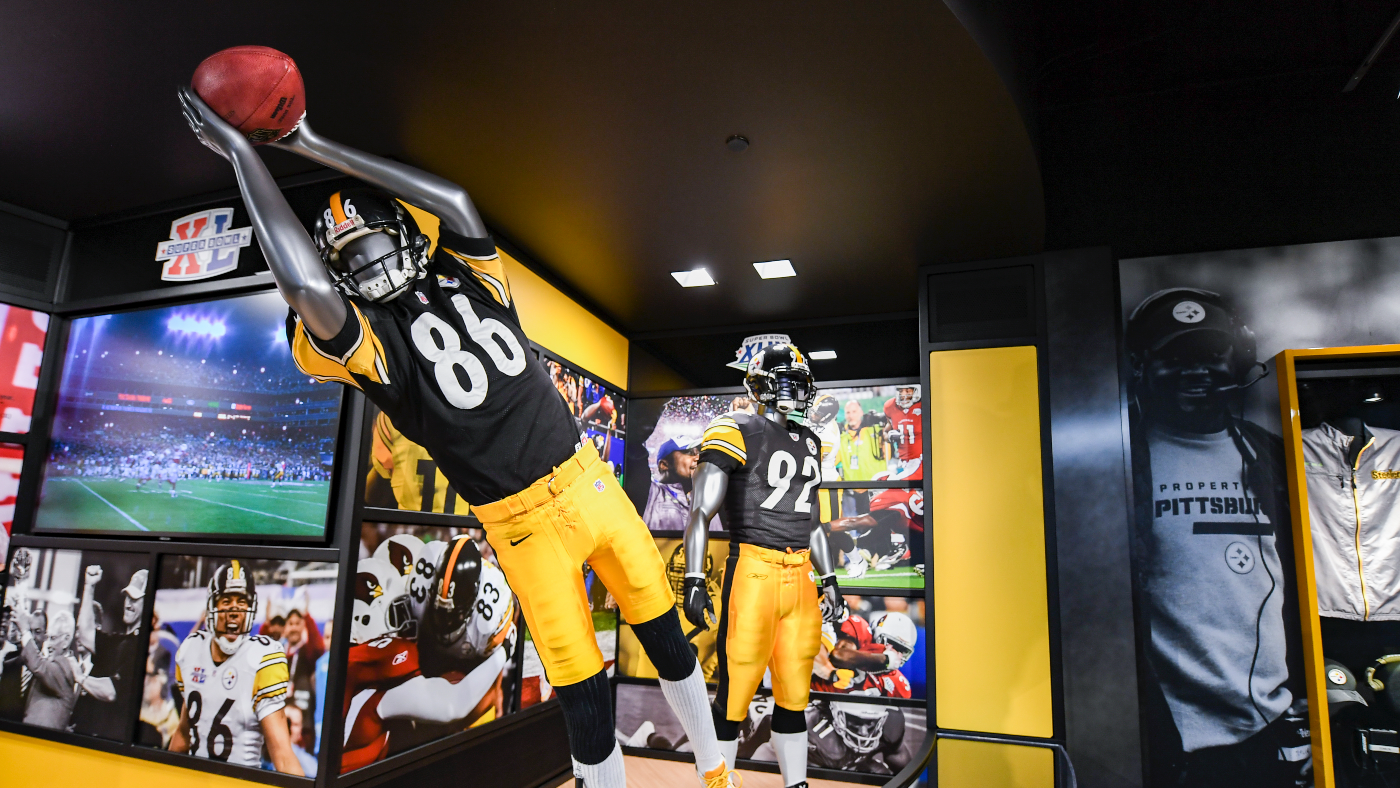 A little over 12 hours after watching their team face the Bengals, scores of Steelers fans waited to enter the team’s new Hall of Honor Museum, located inside Acrisure Stadium. Like children awaiting the doors to open at Disney World, fans eagerly awaited the start of the 11 a.m. tour.

Armed with their museum lanyards (which you can take with you as a keepsake), fans were ushered to a small theatre, where they were treated to a short film chronicling the Steelers’ first 90 years of existence. The film includes commentary from several Hall of Honor members, including former running back Franco Harris, whose No. 32 jersey will be retired next month when the Steelers host the Raiders on Christmas Eve.

With the film providing the proper mindset, patrons were then granted access to the museum, which offers something for every fan, even ones that aren’t necessarily Steelers fans (included in Monday morning’s tour was a man dressed head to toe in Packers gear).

The museum offers a perfect blend of visual and audio stimulation. Videos, pictures, game worn jerseys, footballs from notable games, and other unique artifacts are aplenty. There is also a lifelike office depicting the ones once occupied by team founder Art Rooney and his son, former team president Dan Rooney. Fans can narrate an iconic play in Steelers lore in the museum’s broadcast booth.

Pittsburgh’s dynastic teams of the 1970s are prominently showcased. But so is every other era in Steelers history. Each era has its own unique section that includes artifacts, descriptions and highlights of some of the key players from that particular era. The Steelers’ two most recent championship teams have their own dedicated section celebrating Pittsburgh’s victories in Super Bowls XL and XLIII.

The museum also includes sections decided to Chuck Noll, Bill Cowher and Mike Tomlin, a coaching trio that has combined to represent over half a century of the team’s history. There is a small section paying homage to the franchise’s Defensive Player of the Year winners, a group that includes Joe Greene (who won it twice), Mel Blount, Jack Lambert, Rod Woodson, Troy Polamalu and James Harrison.

The museum is full of compelling and interesting information, written in its entirely by Steelers.com editor Bob Labriola. There are also memorable quotes — including ones from Polamalu and ’90s star Greg Lloyd — inscribed on the walls throughout the museum.

Of course, there’s the area honoring each Hall of Honor member. Near the back of the museum is a room resembling the one currently in the Pro Football Hall of Fame in Canton, Ohio. The room includes a wall with each member’s photo, notable career highlights and a 10-pound steel football that each member receives as part of their induction (along with a jacket).

Like Canton, there is also an interactive command center, where fans can watch highlights of any inducted player. Want to see Jerome Bettis plow over Brian Urlacher, or Lynn Swann’s majestic catches in Super Bowl X? It’s all there with the point of a finger.

As stated earlier, the Steelers’ Hall of Honor Museum has something for everyone. Personally, the facets of the museum most enjoyable were the player highlight area and the section celebrating the achievements of the 1990s teams. As someone who grew up in that era, seeing photos and artifacts was a walk down memory lane.

In many ways, to tour the Steelers’ Hall of Honor Museum is to relive your own history as a football fan. That may be one of the reasons why Steelers president Art Rooney II created the museum, to create an opportunity for fans to relive their own history with the team while creating new ones during their visit.