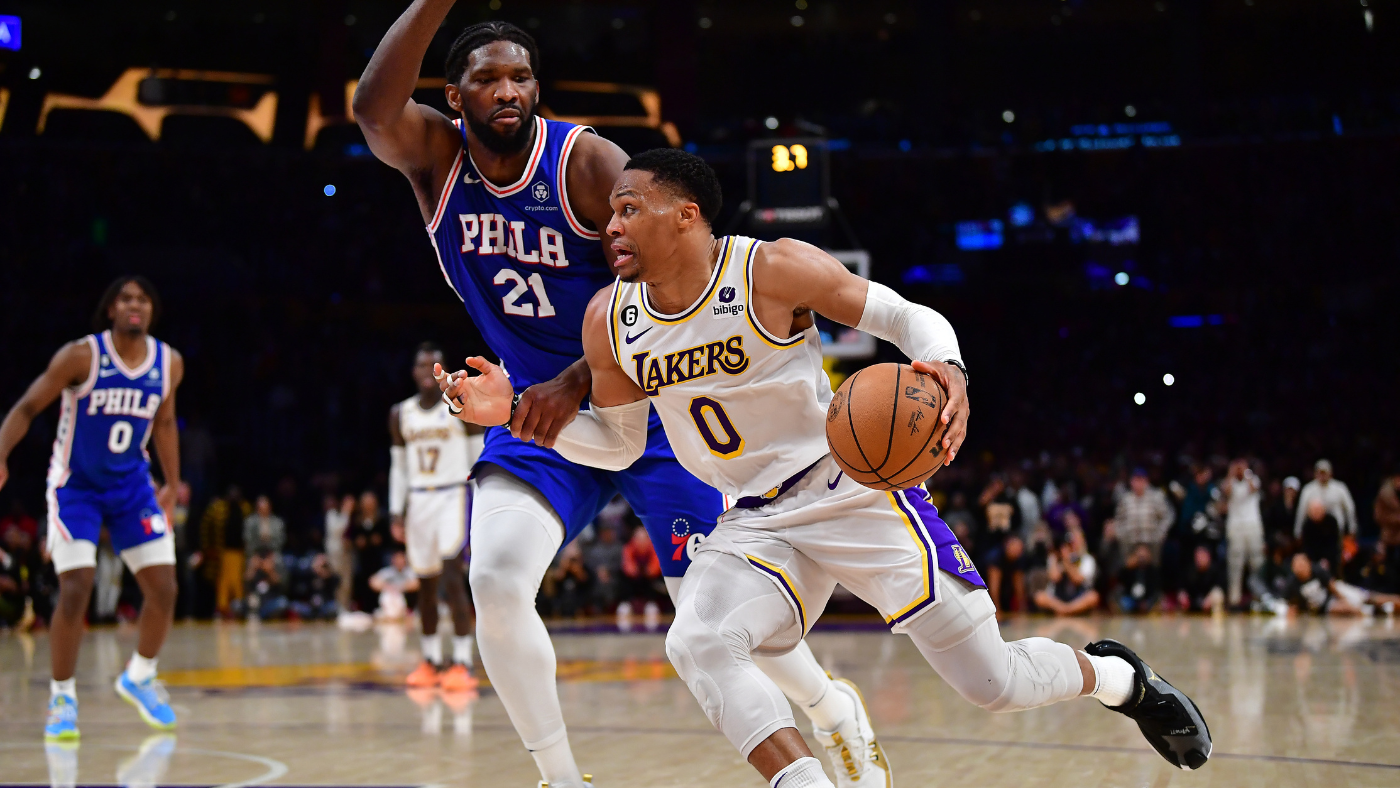 Call it deja vu for the Lakers, who have had to pay far more attention to the release of the Last Two Minute Report over the past week than they would probably like. On Friday, the Lakers found out that a crucial no-call at the end of overtime that could’ve won them a game against the Mavericks was missed after Christian Wood fouled LeBron James‘ potential game-winning layup. L.A. eventually dropped that game in double OT.

Fast forward to Sunday evening, and the Lakers found themselves in a similar situation. The 76ers were up 113-112 and the Lakers had the final possession with a chance to win it. Russell Westbrook decided to take Joel Embiid one-on-one, but as he released his shot after driving to the rim, the ball was never even on target, hitting all backboard before the Sixers corralled the ball as the buzzer sounded. After the game, Westbrook was adamant that Embiid fouled him, saying “I couldn’t get my hand up to shoot because [Embiid] was grabbing it.”

Embiid disagreed with Westbrook’s assessment of the final play.

“I don’t think I fouled him,” Embiid said. “Physical play on both sides. You could have called a foul on the other end, too, on the bump. So, it goes both ways.”

While both players have their own version of the play, the NBA‘s official Last Two Minute Report released Monday stands by the officials not calling a foul on Embiid, saying “Embiid slightly extends his arm before retracting it and marginal arm contact occurs with Westbrook during the driving shot attempt.” You can see in the video where Embiid makes contact with Westbrook’s wrist, but the league agrees with how the game was called in that it wasn’t enough contact to necessitate a foul.

Though Westbrook felt like Embiid fouled him on that play, he made it clear that he knows the game didn’t come down to just that final possession.

“I know the game didn’t come down to that last shot, I’ve been in this league a long time there’s a lot of possessions in this game.” Westbrook said. “Move on, ready for tomorrow.”

It’s the second straight game where the Lakers had an opportunity to win it but failed to execute down the stretch, and the third game in the last four where the final score was decided by five points or less. The loss to the Sixers puts the Lakers on a three-game losing streak, as they currently sit 13th in the Western Conference with 1.5 games separating them and the final play-in spot.