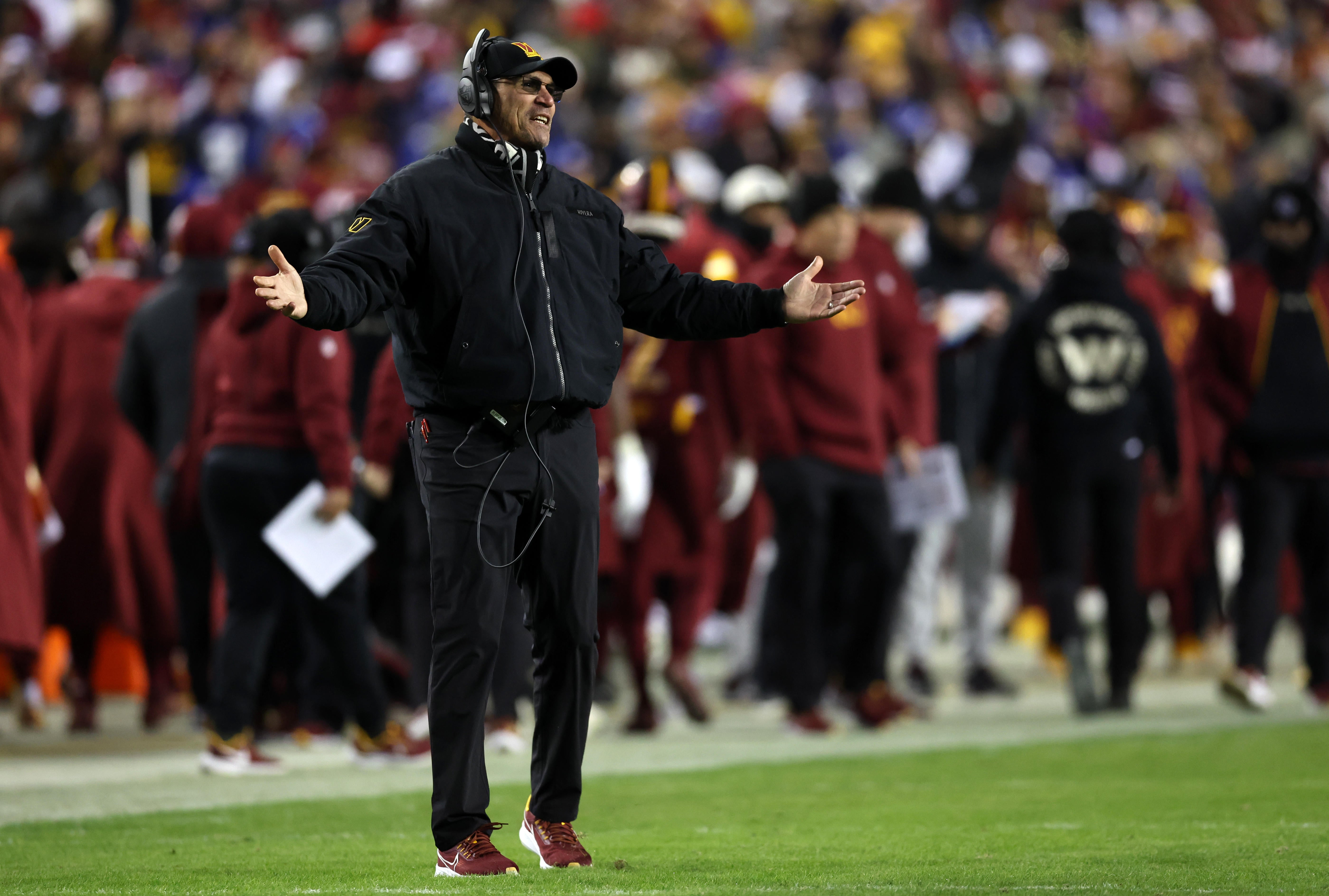 On Sunday night, the Washington Commanders lost to the New York Giants, 20-12. They had a chance to tie the game toward the end of the fourth quarter, but a series of plays prevented that from happening.

First, on third-and-goal from New York’s 1-yard line, Washington lined up in a full house backfield with Terry McLaurin split out to the right side and Curtis Samuel to the left. Samuel motioned from left to right, Washington snapped the ball, Taylor Heinicke handed it to Brian Robinson, and Robinson waltzed into the end zone. But there was an issue, the side judge ruled that McLaurin was not lined up on the line of scrimmage, so the Commanders were in an illegal formation.

Except, McLaurin appeared to check with the ref himself prior to the play, and the ref did not signal that he needed to move up so he could get aligned. (This is standard practice on nearly every snap. Receivers point to the ref and ask them if they are properly aligned, and the ref will almost always signal yes or no, or whether they need to move forward or backward. That did not happen here.)

That moved the Commanders back from the 1-yard line to the 6-yard line. Heinicke then threw incomplete on third down, and on fourth down, he targeted Samuel in the end zone. Giants defensive back Darnay Holmes got his hand in and broke up the pass.

Except, it was readily apparent that Holmes made contact with Samuel well before the ball ever arrived, and pass interference was not called.

Following the game, NBC’s rules analyst, former referee Terry McAulay, said both that Holmes definitely committed pass interference on the pass to Samuel, and that he would not have called the foul on McLaurin for lining up off the line of scrimmage. Commanders coach Ron Rivera was … not pleased with what happened.

“Don’t ask me about the referring because I can’t answer the question,” Rivera said, in response to a line of questioning about both the penalty on McLaurin and the lack of pass interference on Holmes. Obviously, there are plenty of calls throughout an NFL game and there is no one call (or missed call) that causes a team to win or lose a contest. There did appear to be some especially egregious errors down the stretch of this game, though, and unfortunately, that is nothing new for the NFL.