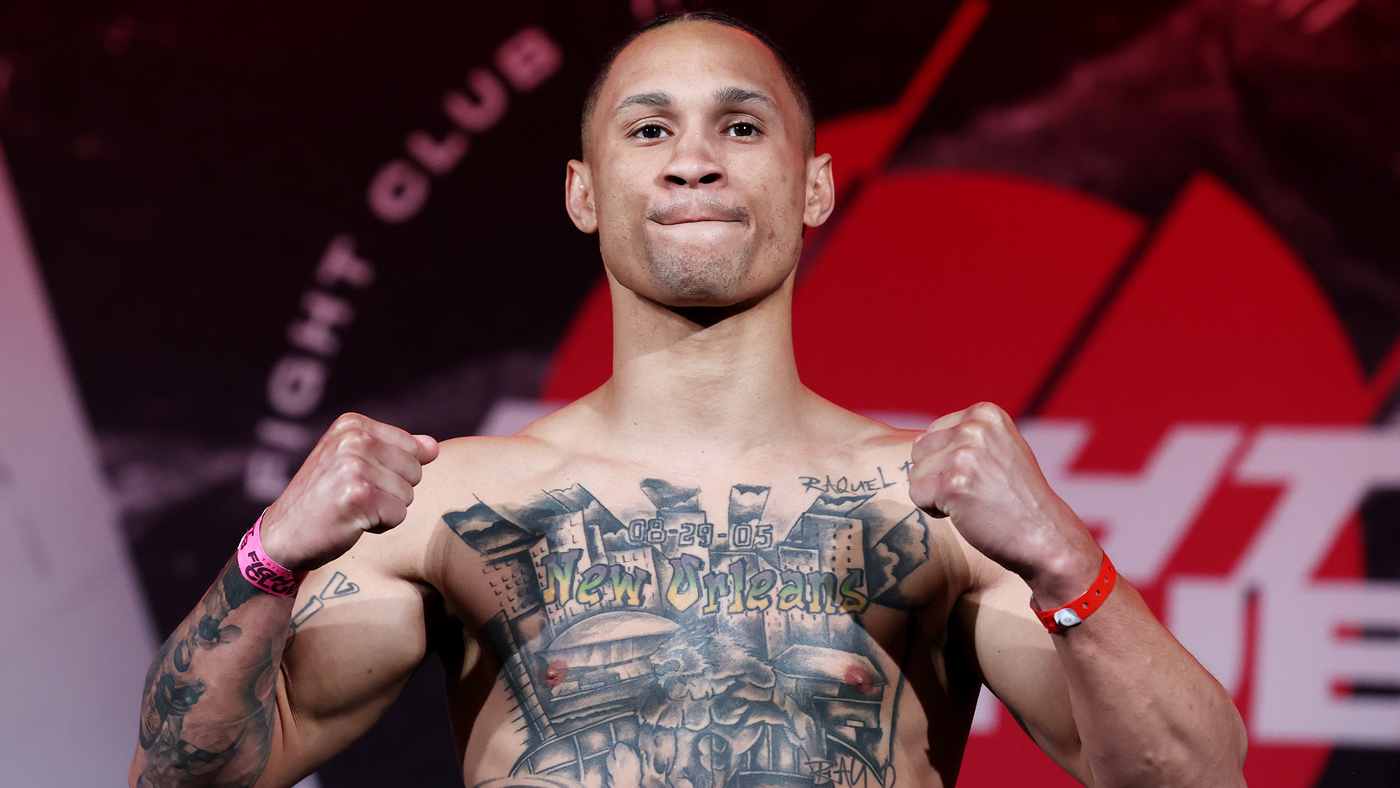 In October 2019, Regis Prograis went to war with Josh Taylor and nearly left London as a two-belt world champion and winner of the World Boxing Super Series super lightweight tournament. Instead, Taylor won a narrow majority decision and went on to become undisputed champion two fights later. Prograis, meanwhile, has struggled to find his way back to big fights worthy of his talents. That changes Saturday night when Prograis faces Jose Zepeda for the vacant WBC title (PPV, 9 p.m. ET).

After starting his career 22-0, Prograis entered the World Boxing Super Series and won two fights, capturing the WBA title with his win over Kiryl Relikh in the tournament semifinals before the loss to Taylor in the finals.

The tournament established Prograis as a force in the division and a fighter with a marketable style and personality. But his decision to sign with upstart promotion Probellum following the loss left Prograis on the outside looking in when it came to getting back to the big stage.

Prograis has fought and won three times since the loss to Taylor, the biggest of those fights against Ivan Redkach on the April 2021 undercard of Jake Paul vs. Ben Askren. That fight had a bizarre finish as Prograis landed a clear shot to Redkach’s ribs only for Redkach to collapse to the canvas, inexplicably grasping at his groin and claiming the punch — which landed to his side — was a low blow. The referee bought Redkach’s story and the fight was stopped, with Redkach awarded a technical decision victory. That decision also went against the Georgia Athletic and Entertainment Commission rules, which state that a fighter who cannot continue after an accidental low blow will be declared the loser by technical knockout. The commission would eventually change the result to a TKO.

With opportunities limited by other promoters not wanting to risk their fighters against a talent outside of their control and with no championship on the line, Prograis was forced to wait until an opportunity presented itself, which happened when Jose Ramirez withdrew from his planned rematch with Zepeda for the WBC belt that was vacated by Taylor, leaving the WBC to order a fight between Zepeda and Prograis.

Prograis has wanted to get his chances at the top fighters available to him, and he thinks that a win on Saturday could lure out the likes of Teofimo Lopez.

“Everybody has a price, so if the money’s right, I think so,” Prograis said in an interview with Boxing Scene. “But I really think I’ll hurt him. I really think I can hurt him, stop him. Listen, Teofimo, I thought he had the goods at 135. Of course, with the Kambosos thing we can say Kambosos had the best night of his life and Teofimo had the worst night of his life. We can always say that, but as far 140 goes, his last fight he fought somebody that wasn’t too much and he got hit with a lot of punches. Now, I just don’t see it.”

Since a 2019 loss in his first fight with Ramirez, Zepeda has rattled off five straight victories. An action-first fighter, Zepeda took part in one of the best fights in recent years when he faced Ivan Baranchyk in October 2020.

The fight between Zepeda and Baranchyk saw eight total knockdowns, four for each fighter. Zepeda then ended things with a crushing knockout in the fifth round.

The win over Baranchyk gave Zepeda a secondary WBC title, which he defended twice to hold his status as the next man up for a WBC world title shot.

On Saturday, the waiting for a world title fight is over for both men and fans are likely in for a great fight between two men whose styles almost guarantee top-tier action.

“I felt I wasn’t given the credit I deserved,” Zepeda said in an interview with Ring Magazine. “It controlled me. I kept thinking that maybe I was an underdog and I was believing what people thought about me. I was the underdog against Baranchyk, (Jose) Pedraza and Vargas. I’m totally fine with being the underdog against Regis. The difference now is that I have much more confidence in myself and what I’m capable of doing.”

The undercard features three more bouts. Yokasta Valle will take on unified junior flyweight champion Evelin Nazarena Bermudez in the co-main event. Super welterweight Charles Conwell returns to to take on Juan Carlos Abreu. And Heavyweights Bakhodir Jalolov and Curtis Harper are set to slug it out in the opener.

Let’s take a closer look at the undercard with the latest odds from Caesars Sportsbook before making a prediction and expert pick on the main event.

This is a battle of southpaws who thrive when they have their counterpunching working. Zepeda will enter with the reach advantage and will likely try to use his jab to keep Prograis from closing distance. The problem for Zepeda is that Prograis is a better fighter with a deeper bag of tricks, more speed, better defense and a better chin.

When opponents are able to get in-range against Zepeda, he tends to struggle defensively. Prograis is technically gifted enough to be able to get past the jab and quick enough to not only land counters but also to avoid the counters that Zepeda tends to thrive on. The fight will be an entertaining one from the opening bell, but Prograis’ ability to shift gears and offer different problems for Zepeda to solve will be enough for him to carry most rounds. Pick: Prograis via UD