During three weeks of testimony, they portrayed a company for which many of the top executives not named Trump allegedly devised a series of schemes to avoid taxes on income and luxury benefits.

Two Trump Organization companies and former chief financial officer Allen Weisselberg were charged with more than a dozen counts related to fraud and tax evasion. No member of the Trump family has been charged in the case. Weisselberg previously entered a guilty plea in the case and agreed to testify for the prosecution. During more than three days of testimony, he described receiving annual bonuses in which he was called an independent contractor, and deducting the value of luxury benefits from his income.

Weisselberg said both practices were designed to lower his and the company’s tax burdens.

Defense attorneys rejected that portrayal, saying Weisselberg deceived the company and betrayed the trust of the Trump family.

“Weisselberg did it for Weisselberg,” said a defense attorney during opening statements. Another Trump executive called by prosecutors, controller Jeffrey McConney, said he relied on Weisselberg and an outside accountant, Donald Bender, for tax-related decisions.

Prosecutors had previously indicated they might call Bender, a partner at the accounting firm Mazars USA who worked on the Trump account for four decades, but ultimately chose not to.

Instead, Bender was the first witness called by defense attorneys Monday afternoon.

Bender and his team prepared tax filings for the company, as well as members of the Trump and Weisselberg families for years, until Mazars abruptly ended the relationship with the Trumps in February.

The firm cited a separate civil investigation by the New York attorney general in recanting a decade’s worth of financial statements prepared for the company and Donald Trump, saying they “should no longer be relied upon.”

The Trump Organization said in a statement to CBS News at the time that it was “disappointed that Mazars has chosen to part ways,” but former President Donald Trump has since taken a more accusatory stance.

“The highly paid accounting firm should have routinely picked these things up – we relied on them. VERY UNFAIR!” Trump wrote on his social media site Truth Social on Nov. 18.

Bender said at the start of his appearance Monday that he received immunity for testimony he gave to a New York State grand jury investigating the Trump Organization.

The company denies all charges. Weisselberg is expected to be sentenced to five months in jail, according to the terms of his plea agreement, which were outlined in court. His next hearing is Nov. 28. 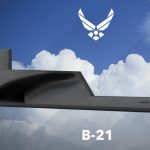 Pentagon Debuts Its New Stealth Bomber, the B-21 Raider