Despite the international focus on Russia’s invasion of Ukraine, China remains the “pacing challenge” — or the nation that threatens to surpass the U.S. — according to strategic documents the Pentagon released Thursday.

“The [People’s Republic of China] is the only competitor out there with both the intent to reshape the international order and increasingly the power to do so,” Defense Secretary Lloyd Austin said Thursday.

The Pentagon released the unclassified versions of the National Defense Strategy, Nuclear Posture Review, and Missile Defense Review. The classified versions of these documents were submitted in March shortly after Russia invaded Ukraine, but senior defense officials said Thursday the Pentagon did not need to change the strategy since there were already indications last fall that Russia intended to invade.

The National Defense Strategy identifies Russia as an “acute threat.”

“Unlike China, Russia can’t systemically challenge the U.S. over the long term, but Russian aggression does pose an immediate and sharp threat to our interests and values,” Austin said.

Since the last National Defense Strategy was released in 2018, the security environment “has unfortunately only continued to deteriorate,” a senior defense official told reporters Thursday.

Over the last few months, Russia’s war in Ukraine has continued and Russian President Vladimir Putin has not ruled out the possibility of using nuclear weapons. China has rapidly expanded its nuclear arsenal in recent years. The Pentagon’s recent China Military Power Report released last fall noted that China has accelerated its production of nuclear warheads, outpacing the Pentagon’s estimates.

The senior defense official who briefed reporters on the Nuclear Posture Review, said, “In the coming years, for the first time, we will have to deter two major nuclear armed competitors, both Russia and China.”

To prevent an arms race, the National Defense Strategy emphasizes diplomacy as an approach to convince China to come to the negotiating table on arms control. But so far, China has been unwilling to engage, the official said.

China and Russia are identified as the “pacing challenge” and “acute threat” in the document, but it also takes note of North Korea and Iran. Austin said other serious threats include North Korea’s expanding nuclear and missile capabilities, as well as Iran’s movement on its nuclear program and export of drones to Russia.

The 2022 Missile Defense Review predicts the usage rate of drones, or  unmanned aerial vehicles (UAVs), will only increase because they’re relatively cheap and accessible. Their appearance in the review is new — drones were not specifically identified as emerging threats in the Missile Defense Review released in 2019.

Russia, the review notes, has resorted to help from Iran in part because it has depleted its own conventional weapons.

The senior defense official said the Pentagon is working to understand how Russia’s forces have been degraded since its invasion of Ukraine and noted that one effect of Russia’s depletion of its conventional weapons is “unfortunately” an “even greater reliance on their nuclear forces.”

The official reiterated what President Biden and senior leaders have said before – that any use of nuclear weapons on any scale would be met with severe consequences. Defense officials this week have said there are no indications Russia has made a decision to use nuclear weapons or a dirty bomb in Ukraine. 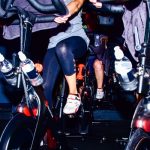 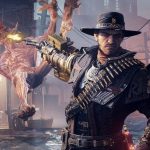 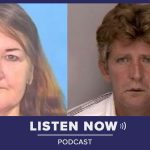