The New York Stock Exchange has begun delisting China’s three largest state-run telecom groups to comply with a Trump administration executive order barring US investors from holding stakes in companies suspected of having ties to the Chinese military.

The move by the US’s largest exchange follows similar restrictions from index providers and will restrict the Chinese companies’ access to capital from American investors.

The NYSE said the companies had the right to review the decision, with the delistings set to begin as early as January 7.

China Mobile, China Telecom and China Unicom did not immediately respond to a request for comment.

The exchange said the decision was made to comply with an executive order signed by Donald Trump, US president, in November. The order prohibited new transactions in shares of Chinese businesses that the Pentagon alleged have ties to the Chinese military from January 11 2021 and gave existing shareholders until November to divest their holdings.

The Pentagon last year published three tranches of Chinese companies with alleged military links, which have included many of the country’s largest and most powerful state-owned companies. The defence department listed two of the telecom groups in June along with Huawei and Hikvision, the surveillance camera maker.

The US Congress also passed a defence spending bill last month that would force the Pentagon to publish a comprehensive directory of companies with alleged Chinese military ties annually, underlining the growing bipartisan consensus on taking a tougher stance on China. 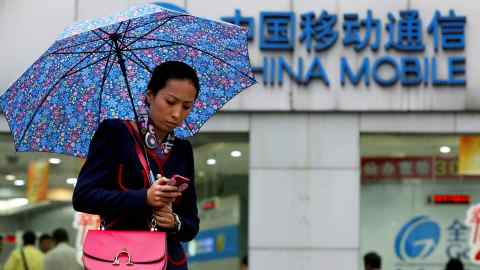 The actions by the Trump administration have also forced many large index providers including MSCI, FTSE Russell, Nasdaq and S&P Global Dow Jones Indices to drop several Chinese companies that were listed by the Pentagon.

Pressure from the Trump administration on US-listed Chinese companies has helped spur a wave of secondary listings in Hong Kong from China’s largest tech companies, including the ecommerce groups Alibaba and JD.com. Baidu, the Chinese internet company, has also indicated it is considering an initial public offering in the city.

Beijing did not immediately respond to the news on New Year’s Day, a public holiday in China. It has condemned the ban and threatened blacklistings for US companies.

Ask a Health Coach: How to Stay on Track After Hours

The public health scourge we don’t talk about nearly enough

Canadians face tougher stress test to get a mortgage.Should you worry?

The public health scourge we don’t talk about nearly enough