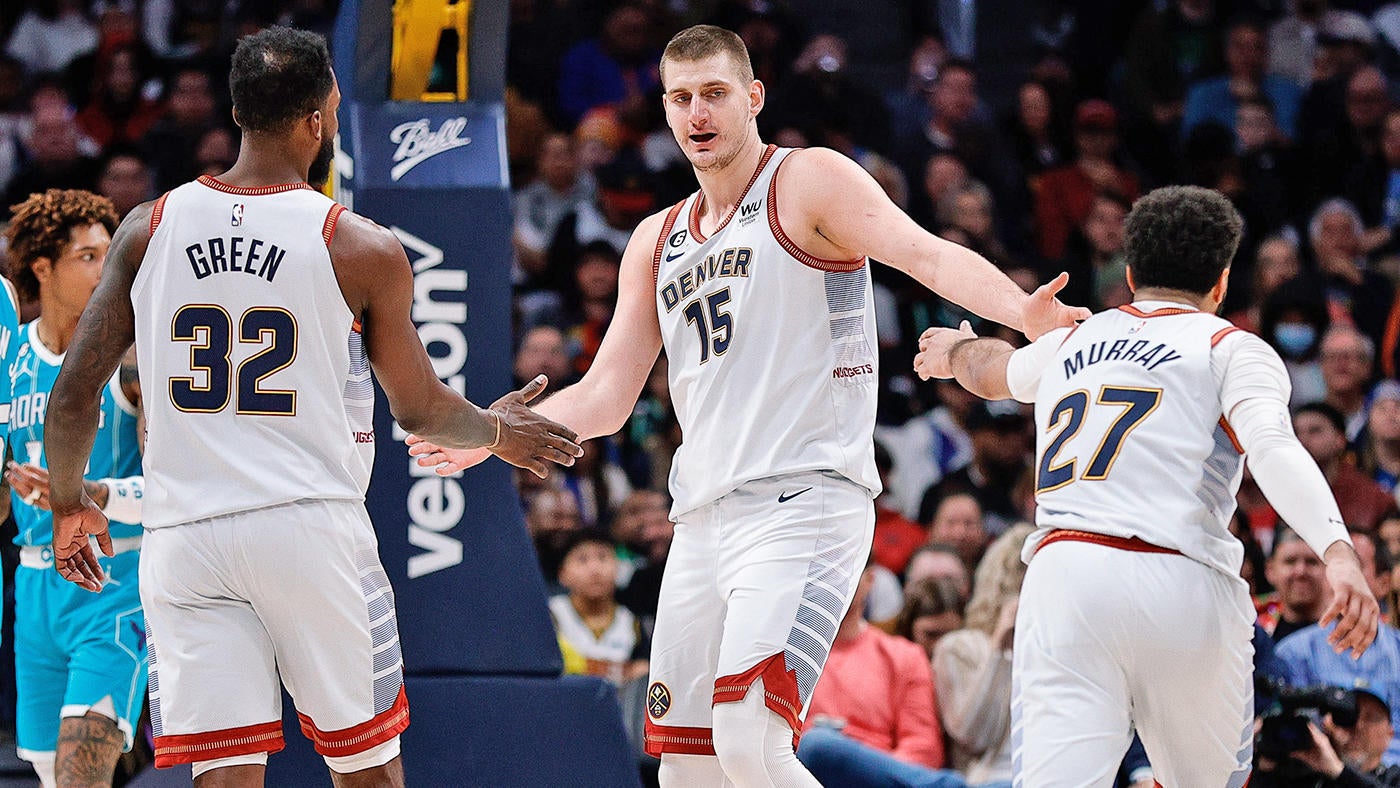 Nikola Jokic is one of the most unique and skilled big men to ever play the game of basketball, a fact he proved yet again on Sunday night with a performance that, even by the standards he’s set as the reigning two-time MVP, was astounding. Jokic finished with 40 points, 27 rebounds and 10 assists in the Nuggets‘ 119-115 win over the Charlotte Hornets.

Jokic is the first player to put up at least 35 points, 25 rebounds and 10 assists in a game since Wilt Chamberlain went for 53 points, 32 rebounds and 14 assists in 1968, per ESPN Stats and Info. The Serbian is also just the third player to ever pull it off, as Chamberlain had seven such games in his career and Elgin Baylor did it once.

All told, between his own baskets and the ones he created off assists, Jokic was responsible for 63 of the Nuggets’ 119 points, and they were all meaningful. The Nuggets trailed by double digits in the first half and didn’t take control of the game until Jokic led a charge in the third quarter. But even though they built a 16-point lead, they needed Jokic again down the stretch. After checking in with 7:37 to go in the fourth quarter, Jokic either scored or assisted on 18 of the Nuggets’ final 22 points. That included going 3-of-4 from the free throw line in the final 16 seconds to seal the victory.

“I had no idea he had 27 rebounds. I knew he had a lot of rebounds, but I haven’t seen that number very often,” Nuggets head coach Michael Malone said. “What he does is just amazing every night. Really thankful he’s wearing a Nuggets uniform.”

Through no fault of his own, Jokic has flown a bit under the radar this season. Like many stars before him, he’s made his greatness seem so routine that it ends up working against him from a media attention stand point. The truth is, he’s arguably been even better than he was in his two MVP seasons.

He’s up to 25.2 points per game on 62.1 percent from the field, to go along with 10.9 rebounds and nine assists. This was his fifth triple-double of the season (81st of his career, which is sixth all-time).

With Jokic leading the way, the Nuggets are now 18-11 on the season and just one game out of first place in the Western Conference.