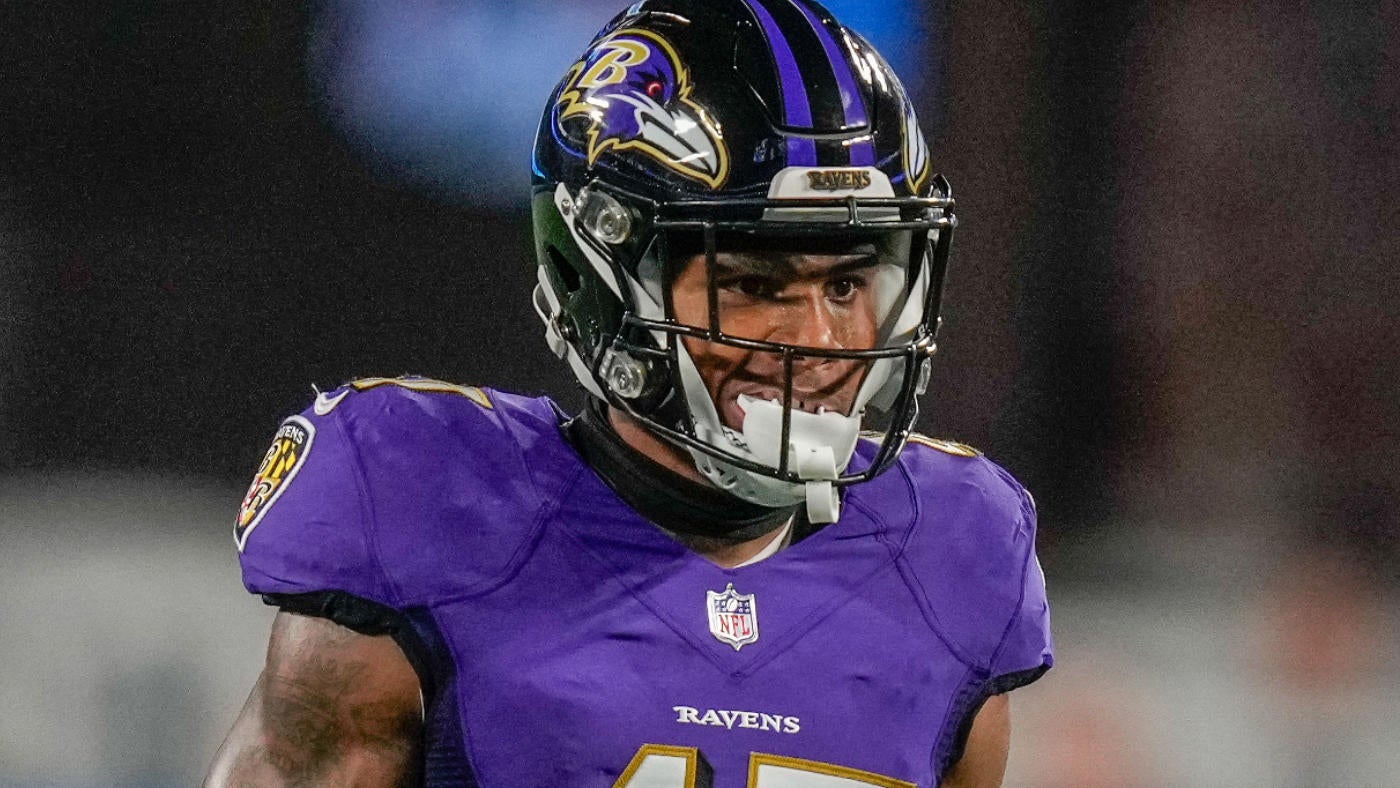 The Ravens‘ injury luck has been that they’ve had none over the past few years. Heck, even the mascot tore a knee ligament before the season. Despite that, it still feels weird to see Baltimore’s defense get exposed.

Check this: from 2008 to 2020, the Ravens fielded a top-10 defense in Football Outsiders’ defensive DVOA in all but two seasons. Insane consistency! Then last year, they had their lowest defensive DVOA finish in the John Harbaugh era (which started in 2008) at 29th. Through two games this season, they’re 21st, and the Dolphins just dropped 547 yards on them while becoming the first team in 711 attempts (!) to win after trailing by 21 points in the fourth quarter. The Ravens not possessing a stingy defense is baffling. The Ravens and a sturdy defense go together, like crab cakes and football in Maryland.

And, yes, much of it has to do with some of their stars still fighting their way back from injury and having a new, first-time NFL defensive coordinator calling the shots. But Baltimore is currently not in a position to scoff at any ideas as to how the secondary can become significantly less leaky.

Which is why I’m suggesting a call-up for second-year pro Ar’Darius Washington. Man, let me tell you, in 2019 at TCU, he looked like the next coming of Tyrann Mathieu with 46 tackles, five interceptions and a pair of pass breakups on that Horned Frogs defense. However, it was his safety running mate, Trevon Moehrig, who went in the second round in 2021, and a disappointing final season in Fort Worth was coupled with a bummer of a 40 time at his pro day (4.62) which plummeted Washington to the undrafted ranks.

The always-savvy Ravens snagged him instantly after the draft. He hardly played as a rookie — only seven snaps — after two pass breakups in the 2021 preseason. He defended another pass this past August. Washington is a small but sudden playmaker with outstanding instincts. He can man the slot, fly down from a deep safety spot to rob the middle of the field, or range to the sideline from a classic free safety alignment. Let’s get him on the field, John!

The PSPR call-up tracker currently sits at three, with the Patriots elevating wideout Lil’Jordan Humphrey for the first two weeks of the season, the Browns swiping Thomas Graham Jr. from the Bears before Week 2’s action, and Eagles GM Howie Roseman demonstrating stellar gamesmanship by poaching Janarius Robinson from the Vikings before the teams’ helmets clashed on ‘Monday Night Football’ in Week 2. I’ll take it. Strong start to the season. Let’s keep it rolling.

The expanded, 16-man practice squads are about the only good thing to come out of the pandemic, and they’re here to stay in the NFL. Because of this, I run the Practice Squad Power Rankings parallel to the league. I write about 16 individuals every Friday, 10 officially in the rankings and six honorable mentions.

But I’ll always stay true to the origins of The PSPR, which were to highlight young players. That means I won’t be featuring “veterans” this season. Selecting someone like Jason Peters — currently on the Cowboys practice squad —  would not embody the fundamental intention of The PSPR. So for the sake of the Practice Squad Power Rankings’ dignity, I’ll only be including practice-squaders who are rookies, second-year players, third-year players, or fourth-year pros. Players drafted from 2019 on. That’s it.

As always, I’ll track every single PSPR member who gets The Call — aka elevated to his respective team’s 53-man roster on gameday. At that stage, said player moves from being a PSPR member into the exclusive Practice Squad Power Ranking alumni fraternity. The running count will be known as the “Call Up Tally” or “The CUT” for short.

Here’s to the Practice Squad Power Rankings flourishing this season, emerging as a legitimate superstar, earning a massive payday and starting to cement its legacy in the hallowed halls of the internet’s football-media industry.

Luketa was one of the integral pieces to a Penn State defense overflowing with future NFL talent in 2021. A longtime contributor for the Nittany Lions, he had three seasons of quality productivity as an overhang linebacker and played every single snap with high intensity. Last season, he had 8.5 tackles for loss and had glimpses of pass-rush capability. The Cardinals need more juice along their defensive front, and Luketa, who had a 38-inch vertical at the combine at 6-foot-3 and almost 260 pounds can bring that. Altogether, he’s not a tremendous athlete, but his edge-setting mastery and burst would be welcomed additions to Arizona’s defensive efforts.

Muti was my No. 1 interior offensive lineman in the 2020 class. Mind you, it was not a stellar draft at those positions, but the effortless people-moving capabilities and balance in pass pro and for the run game appealed to me with Muti more so than anyone else playing guard or center. He went in the sixth round and has battled injuries early in his career. However, last season, the former Fresno State stud got an opportunity and shined in his final two starts, allowing one pressure on 61 pass-blocking snaps. Now, Muti underwent knee surgery recently, but his initial time frame to return was three-to-four weeks, and Broncos head coach Nathaniel Hackett announced it a month ago. If Quinn Meinerz’s injury lingers, Denver has the perfect stand-in for the guard job.

Darby was a sixth-round pick in 2021 and hardly got an opportunity in Year 1 — as is the case for many late-round selections. He’s someone who played with electric in-game suddenness and long speed in college, not at all appearing to be a 4.59 guy with a 34.5-inch vertical. In four seasons at Arizona State, he averaged 19.7 yards per grab (on 67 snags) with 13 touchdowns. The Falcons aren’t exactly a club oozing with receiver talent after Kyle Pitts and Drake London. Darby deserves a shot as the downfield specialist in Hotlanta.

Peevy had a long and reliable career at Texas A&M battling against powerful centers and guards in the SEC, and he’s a specimen at nearly 6-6 and 310 pounds with arms over 35 inches. He uses those tentacles outstandingly against the run, to keep blockers off his chest before dispatching them en route to the ball-carrier. Peevy plays more athletic than his combine would indicate, with good range between the tackles. Tennessee has quality players inside along their defensive line, but Peevy can add more sturdiness on the interior if needed.

Hodgins had to have been one of the Bills’ final cuts after the preseason he pieced together. He had 16 grabs for 124 yards and a few of those receptions were of the highlight-reel variety. A sixth-round pick in 2020, Hodgins got early buzz as a rookie in training camp before two injuries derailed his debut NFL season. He spent the 2021 on Buffalo’s practice squad, and now finally healthy, he showcased to Buffalo coaches the amazingly good ball skills he repeatedly demonstrated during his illustrious career at Oregon State. At 6-4, he’d give the Bills major size out wide.

Washington can be the Ravens multi-dimensional weapon in the secondary, and Baltimore’s scheme asks a lot of its defensive backs. Cover the slot one play, range deep down the field the next. He can do it. And it’d help Washington’s transition playing with veteran Marcus Williams at the other safety spot.

Nixon was Carolina’s fifth-round pick in 2021 after a dazzling career at Iowa. And at 6-3 and 320 pounds, he had a Muhammad Wilkerson-esque workout at Hawkeyes Pro Day. Long with some moves in the pass-rush holster and plenty of reps defeating blocks to halt the run, Nixon should be at the top of the priority list for the Panthers when they need more depth up front next to Derrick Brown on the defensive line. Dude can play.

Knight only averaged 3.8 yards per carry in the preseason I’m fine with that. He had no business going undrafted out of NC State, where he was bounced his way to three consecutive 700-plus yard seasons at 5.5 yards per and did accumulate 31 yards on four rushes in the preseason finale for Gang Green. This is compact runner with an exquisite blend of power through contact and elusiveness to avoid said contact in tight spaces.

Fulgham, man did he ever get a raw deal over the past few seasons. And we’re a game away from everyone in Wisconsin losing their minds about the youthful Packers receiving corps that’s not quite on the same page as Aaron Rodgers. Now, sure, Fulgham and Rodgers don’t have a connection. Yet. Fulgham is at least experienced and feels like a relative unknown Rodgers would gravitate toward after a couple of beautifully executed back-shoulder grabs.

There’s a saying that a team ultimately becomes an embodiment of their head coach. Kennedy is the receiver version of Dan Campbell. This is a 5-10, 190-ish pound former undrafted free agent from Bryant College who roasted NFL cornerbacks in the preseason to the tune of 16 catches for 143 yards with two touchdowns. Gritty. Football. Guy. Kennedy can give the Lions a two-headed monster in the slot with Amon-Ra St. Brown. He just needs to get THE CALL.

Johnson was a stat-sheet filler at Marshall with 302 tackles, seven picks, and 19 pass breakups in five seasons. He can man the nickel corner spot. Free safety. Strong safety. He tackles well and plays with authority on every snap.

White was the No. 1 junior-college running back recruit in the class of 2020. On 88 totes for South Carolina last season, he averaged 6.6 yards per. And, on film, his juice jumps off the screen. Dynamic cuts, Tesla-like acceleration, power through contact. It’s still a shock he went undrafted. I guess teams like to see more of a workload in college for a runner? I love the minimal wear on his body. The Dolphins have Raheem Mostert and Chase Edmonds in their backfield. White can step in and contribute in Year 1. He’s very talented.

We have Mercer on the PSPR board! Poe, a Mercer alum, was a wrecking ball in college, and he tested like a high-caliber athlete at the Georgia Pro Day. Yeah, the Bulldogs gave him the opportunity to showcase his skills, and he thoroughly impressed. Poe feels like an athletic brawler of a guard Kyle Shanahan will eventually get the most out of in San Francisco.

No big deal with Thompkins here, just a wideout who went for 1,704 yards on 102 receptions last season at Utah State. Yes, he’s small, which is why he went undrafted. But aren’t we in an era of the NFL where smaller and faster is better than bigger and slower? Dude can separate, he’s lightning-fast down the field and proved his explosiveness with a 4.44 time and an 11-foot broad jump at his pro day. Of course, the Buccaneers have droves of receivers, but Thompkins absolutely could become a favorite underneath and occasional downfield target for Tom Brady. He doesn’t care about draft position.

The Commanders are averaging 3.5 yards per carry through two contests. No idea is a bad idea when it comes to how to fix the run game. Now, of course, a running back himself cannot single-handedly fix an NFL team‘s rushing attack. But it won’t hurt to incorporate the small, ultra-shifty Patterson into this offense, particularly if the coaching staff is not going to trust J.D. McKissic to handle any normal running back duties. He forced four missed tackles on his 16 attempts during the preseason.

Brooks was a late-bloomer at Cincinnati but may have been the most dynamic purely pass-rushing three technique in the 2022 class. I mean that. On just 304 pass-rushing snaps, Brooks registered 43 pressures thanks to an awesome blend of first-step quickness, leverage, and power at the point of attack.