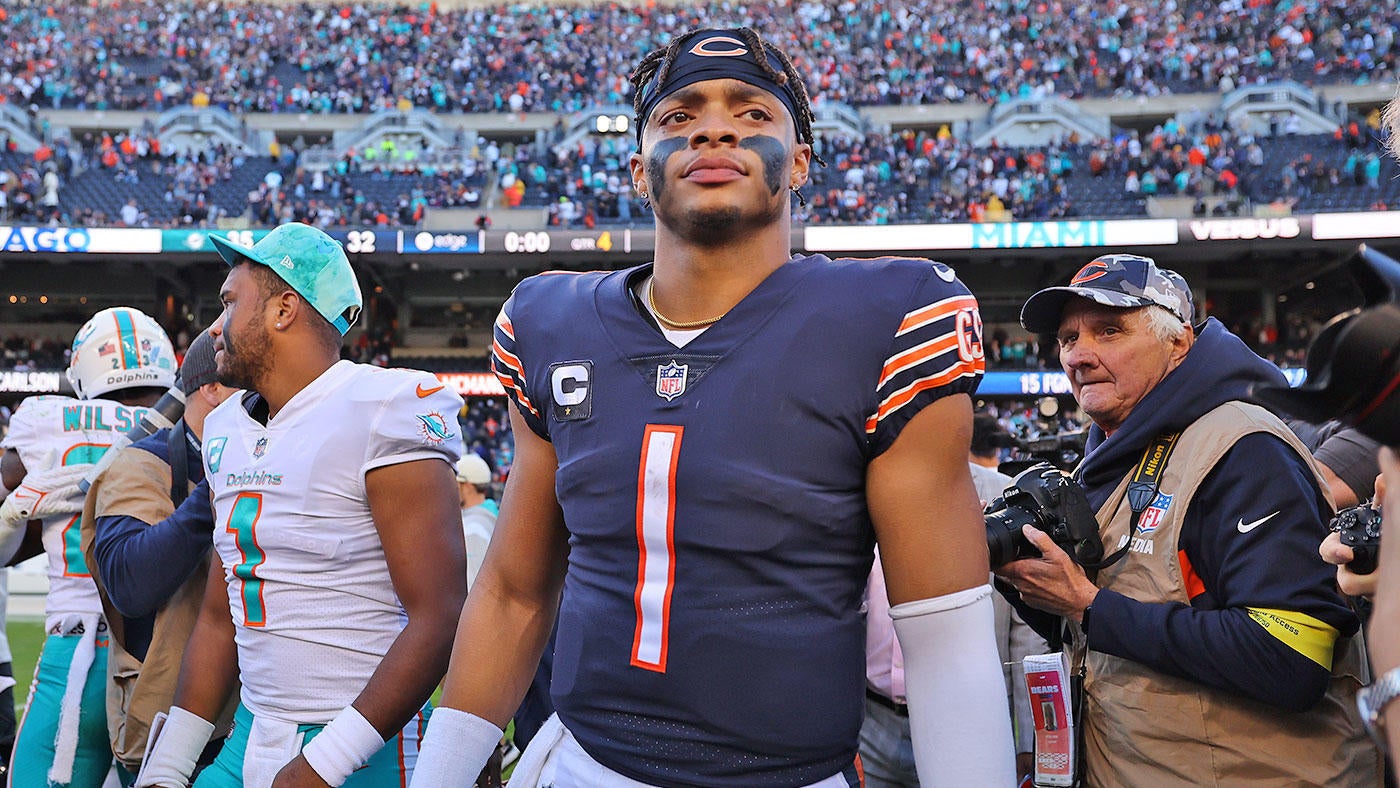 As they scarfed down turkey and pumpkin pie, football fans were treated to three entertaining games on Thanksgiving. Each of the NFL‘s Thanksgiving Day games were competitive, one-score affairs that surely kept fans glued to their televisions throughout the day. While it wasn’t easy, all of Thursday’s favored teams — the Bills, Cowboys and Vikings — were able to come away with wins before heading out on their mini break.

This weekend’s Week 12 games have a lot of to live up to after Thursday’s thrillers. There are several that promise to mimic that excitement, including a rematch of January’s riveting divisional round playoff showdown between the Bengals and Titans. Adding to that game’s intrigue is the health of Bengals stars Ja’Marr Chase and Joe Mixon, whose statuses for Sunday have been closely monitored all week.

Here’s a rundown of every team’s final injury report heading into the Week 12 weekend games.

— All odds courtesy of Caesars Sportsbook

Fournette is doubtful despite being limited throughout this week’s practices. Vea was limited on Friday after not practicing on Wednesday and Thursday.

Newsome is the only Brown that was given a game designation this week. Tight end David Njoku (ankle/knee) and offensive guard Wyatt Teller (calf) were never full participants in practice, but they will suit up on Sunday.

With Mixon out, the Bengals will lean more on backup/third-down back Samaje Perine, who caught three touchdown passes in Sunday’s win over the Steelers. The Bengals may also have Chris Evans for Sunday’s game after the backup running back was a full participant during the week’s final two practices. Chase was limited all week, but quarterback Joe Burrow expects his teammate to be on the field Sunday in Nashville.

Autry won’t suit up this week for the Titans, as he did not practice all week with a knee injury. The Titans kicker, Bullock, is questionable to play after not practicing all week. If he doesn’t suit up, it will be Caleb Shudak kicking. Simmons and Fulton are two players to watch. Both are listed as questionable, but were limited participants in each of the past two practice sessions. Tennessee’s center, Jones, was a full participant on Friday with his concussion, which bodes well for his status on Sunday.

Stingley was the only Texan given a game designation, as he is out with a hamstring injury after not practicing all week. Defensive lineman Maliek Collins (chest) and linebacker Neville Hewitt (hamstring) were listed on the injury report, but were full participants all week.

Mostert is questionable to play this week with a knee injury. He sat out of practice on Wednesday and Thursday, but returned as a limited participant Friday.

Fields was limited throughout this week’s practices after sustaining the injury during Sunday’s loss to the Falcons. While Bears coach Matt Eberflus said that he believes Fields’ condition is getting better, he said his quarterback’s status for Sunday will be a game-time decision.

Corey Davis, Quincy Williams, Nate Herbig, and Sauce Gardner do not have injury designations for Sunday after appearing on the midweek injury report. Yeboah did not practice all week, while Brown was a full practice participant on Friday after being limited on Wednesday and Thursday.

Each of the Falcons’ questionable players were limited throughout this week’s practices. Dalton did not practice the last two days after being limited on Wednesday.

The Commanders will be down a couple defensive starters, as Holcomb was placed on injured reserve with his foot injury, and St-Juste will be out with an ankle injury after not practicing all week. Thomas is questionable to play after not practicing on Friday. He was limited on Wednesday and Thursday. The headline this week for the Commanders is the potential return of Young, the former Defensive Rookie of the Year. If he does suit up for his first action of 2022, he will be on a pitch count, per CBS Sports NFL Insider Josina Anderson.

Jeudy is set to miss another game with the ankle injury he suffered a couple weeks ago against the Titans. He did not practice at all this week, nor did Hamler, who was also ruled out with a hamstring injury. Safety Justin Simmons (knee), nose tackle Mike Purcell (ankle), running back Latavius Murray (wrist) and linebacker Jonathon Cooper (knee) all were limited earlier in the week, but were full participants in practice on Friday, and carry no game designation into this weekend.

Lamar Jackson (hip) is off the injury report, but the Ravens have a host of other players whose status for Sunday is in question. Edwards was a full participant during the week’s last two practices. Hamilton did not practice all week, while Robinson was a full participant on Friday after sitting out Thursday’s practice. Duvernay and Likely were both limited Friday after not being on the injury report on Wednesday and Thursday.

The Jaguars did not have any injured players with game designations.

Williams is still dealing with that bothersome ankle injury, and will not play Sunday after sitting out of practice all week. Adderley was a full participant in practice on Wednesday and Thursday, but sat out on Friday with his thumb injury. He is doubtful to play. Davis was limited in practice on Thursday and Friday with a knee injury, and is questionable.

There are no surprises on the Cardinals injury report, as the five players that were ruled out did not practice all week. Dortch didn’t practice all week either, but is listed as questionable. The headline for the Cardinals this week is that Kyler Murray is set to return to the starting lineup. The quarterback was a full participant in every practice session this week with his hamstring injury.

The Rams have yet to announce a starting QB for Sunday. John Wolford could make his second start of the year in Stafford’s absence but reports say Bryce Perkins could be the choice. Whomever starts will be hoping to have Higbee and Robinson at his disposal on Sunday. Allen was limited during practice, Higbee was limited at the end of the week after not practicing on Wednesday.

The Saints have several notable names on their final injury report. New Orleans will be down a couple of contributors on defense in Turner and Werner, and then Davenport, Jordan and Lattimore are questionable to play. All three were limited participants in practice all week. Jordan actually just missed his first game in 12 years due to injury last week. Offensively, Peat and Ingram are questionable to play after being limited participants all week.

The Eagles did not have any players with game designations on their final injury report. Star wideout A.J. Brown missed practice on Thursday due to an illness, but he returned as a full participant on Friday.