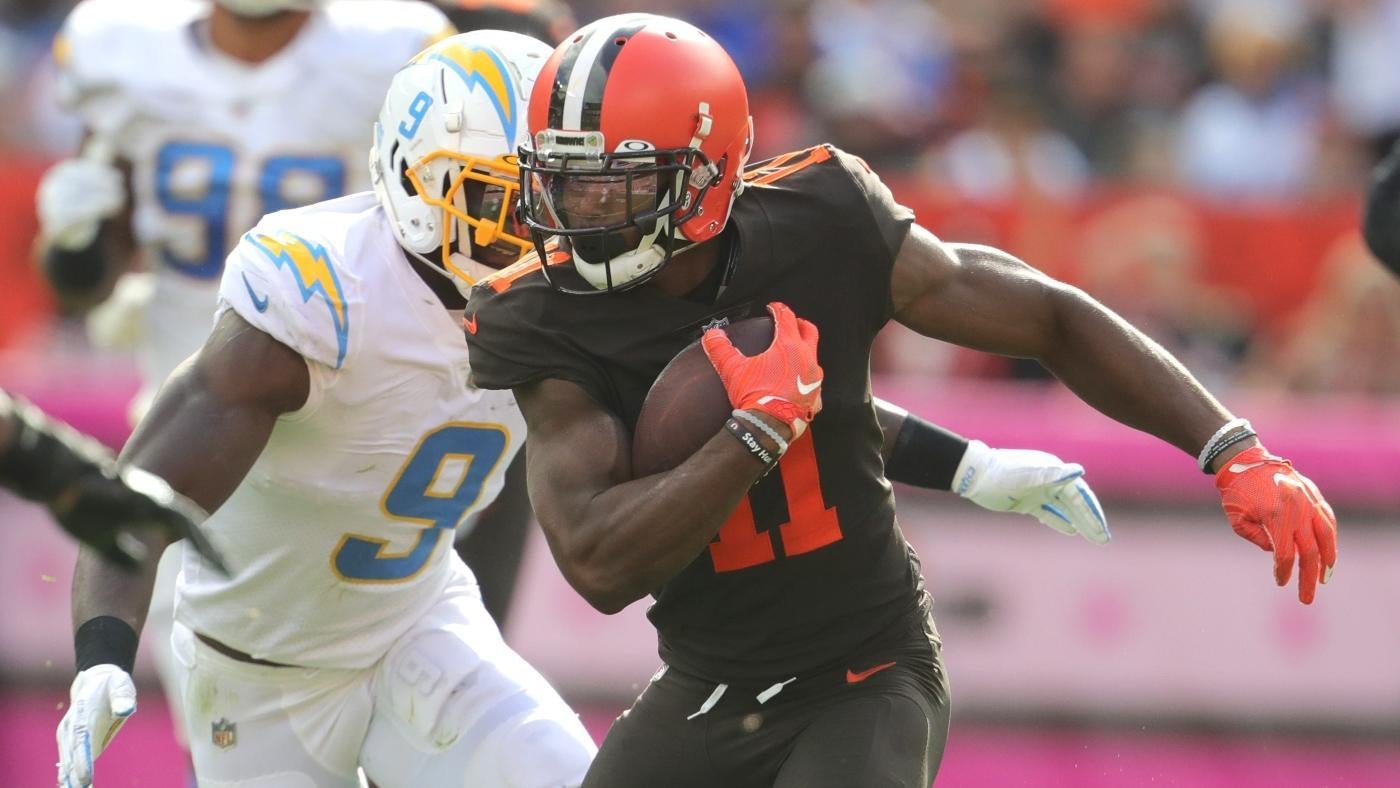 Los Angeles Rams signal-caller Matthew Stafford was in the concussion protocol this week, Buffalo’s Josh Allen (elbow) is looking iffy for Sunday, and Arizona’s Kyler Murray has been limited by a hamstring issue. With injuries to key players, it might be a good time to delve into the Week 10 NFL props market. Even with the assumption that Allen won’t play, Buffalo is a 3.5-point favorite at home in the latest NFL odds from Caesars Sportsbook. The Bills opened as an 8.5-point favorite. There are also numerous NFL prop picks available on that game and every other one during the Week 10 NFL schedule. Before you lock in your 2022 Week 10 NFL prop bets, make sure you check out the top NFL picks and predictions from SportsLine NFL props expert Alex Selesnick.

Selesnick (aka PropStarz) specializes in NFL, MLB and NBA prop betting, where he implements a combination of research, statistical analysis and mathematical modeling.

After nailing three of his four NFL props again last week, the expert is an impressive 24-11 on NFL prop picks in this column through the first nine weeks, after going 53-37 during the 2021 regular season. He is 64-38 (+17.10 units) overall on his SportsLine NFL prop picks. He also went 130-89 (+26.69 units) on MLB prop plays during the 2022 regular season and is up nearly 235 units on NBA props and futures plays over the past two-plus seasons.

Now, after poring over the hundreds of available Week 10 NFL prop bets, PropStarz has found the picks he loves. You can only see them here.

One play PropStarz isn’t hesitating to back is Browns receiver Donovan Peoples-Jones Over 41.5 receiving yards. Cleveland faces the Dolphins, who have one of the league’s worst passing defenses, and Peoples-Jones should remain the Browns’ No. 2 receiving option. Tight end David Njoku is recovering from injury, so after Amari Cooper, Peoples-Jones should get the most looks. The third-year pro has topped this number in six of eight games and five in a row.

People-Jones is averaging 52 yards per game and almost 14 yards per catch on 30 receptions. Miami ranks 31st in the league in passing DVOA and only five teams have allowed more yards after the catch. The Browns are third in run offense, but the Dolphins are second in passing, so Cleveland QB Jacoby Brissett might need to step up. Peoples-Jones should be one of the keys in a game that PropStarz says has “sneaky shootout potential.” You can see all of PropStarz’s Week 10 NFL prop picks here.

How to make 2022 NFL Week 10 prop bets and predictions

PropStarz is locking in his confident Week 10 NFL prop picks and he’s eyeing a longshot prop that will bring a huge return. You can only see which 2022 NFL Week 10 props you should be picking over at SportsLine.

What are the best 2022 Week 10 NFL prop bets you can make? Which players are must-backs? Visit SportsLine now to see the best NFL Week 10 prop bets, all from the expert up more than $1,700 on his SportsLine prop plays this season, and find out.