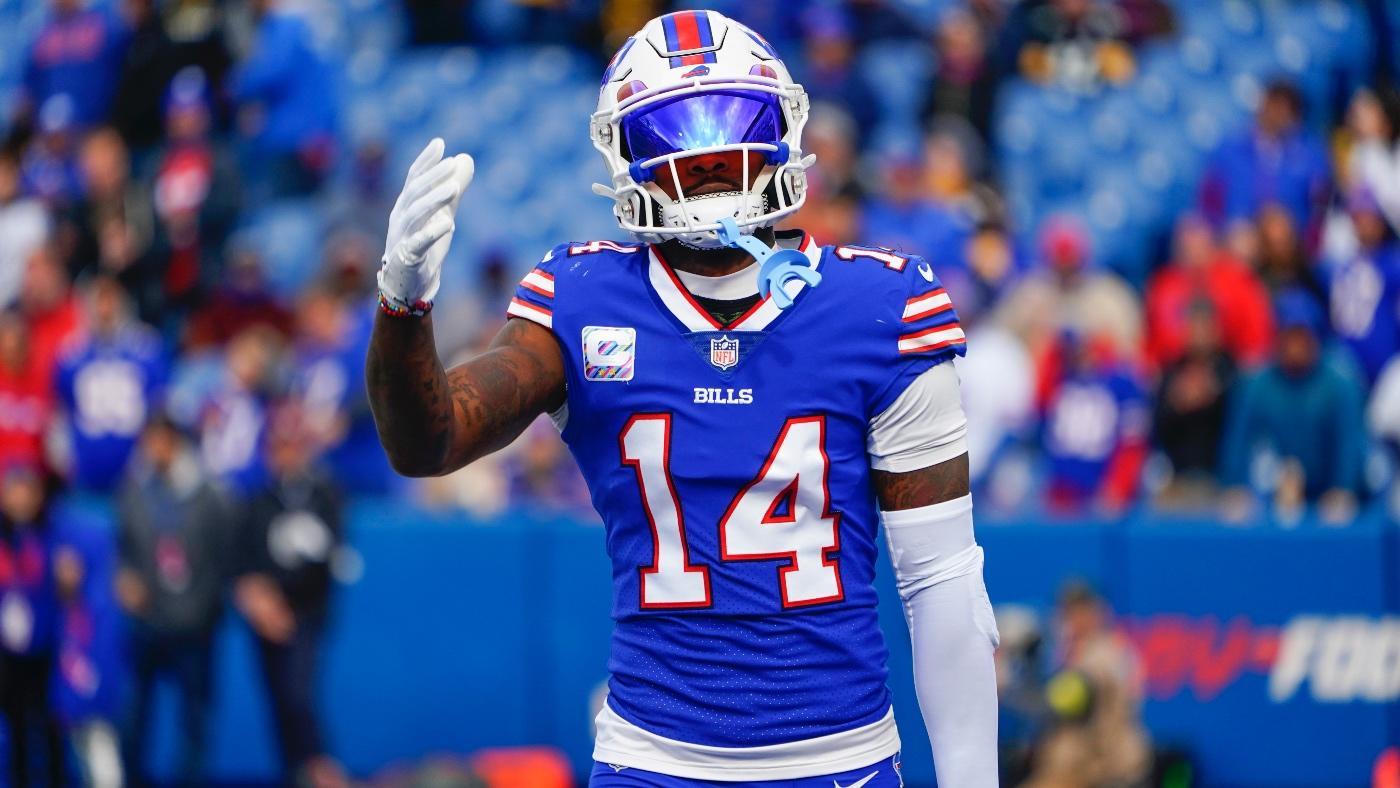 The Week 13 NFL schedule opens with Mac Jones and the New England Patriots hosting Josh Allen and the Buffalo Bills at Gillette Stadium on Thursday Night Football. Significant wind is in the TNF weather forecast, which should be factored in when building your NFL DFS lineups and NFL DFS stacks for Pats vs. Bills. With wind potentially being a game-changing factor, should running backs Devin Singletary and Rhamondre Stevenson be considered a must-start option in your TNF Showdown NFL DFS strategy? Or would it make sense to look at the quarterbacks, tight ends, wide receivers, or a D/ST in the TNF NFL DFS player pool? Stefon Diggs, Gabe Davis, Dawson Knox, Isaiah McKenzie, Jakobi Meyers, Nelson Agholor, and Hunter Henry all project to be impact classic and showdown NFL DFS picks for Thursday Night Football.

Before making any Thursday NFL DFS picks for Patriots vs. Bills on sites like DraftKings and FanDuel of your own, be sure to check out the NFL DFS lineup advice, strategy and player stacks from SportsLine NFL daily Fantasy expert Jimmie Kaylor.

Kaylor is an NFL and DFS expert for SportsLine, who opened the 2022 NFL season by winning DraftKings’ NFL Showdown Thursday Kickoff Millionaire contest. He edged out over 355,000 other entrants in the contest and also has multiple five-figure tournament wins on his DFS resume. Kaylor has covered the NFL and college football for close to a decade as a member of the Pro Football Writers of America, and his background as a former college and NFL player gives him a unique perspective when building his fantasy lineups and locking in his betting picks.

Now, Kaylor has turned his attention to Patriots vs. Bills on Thursday Night Football Week 13 and locked in his top daily Fantasy football picks. You can only see his picks and analysis at SportsLine.

Top NFL DFS picks for Patriots vs. Bills on TNF

One of Kaylor’s favorite DFS picks for the Bills vs. Patriots showdown slate on TNF is Buffalo wide receiver Stefon Diggs. The 29-year-old is the second-most targeted pass catcher in the NFL this season with 119 targets in 11 games (10.8 per game). Diggs ranks near the top of the league in every major receiving statistic with 84 catches, 1,110 yards, and nine touchdown receptions. Diggs is the unquestioned No. 1 option in Buffalo’s high-powered offense, and Kaylor is expecting a big night from the two-time Pro Bowler on TNF.

“Stefon Diggs is in the midst of another outstanding season, and has been fantasy gold in 2022. The 29-year-old wide receiver is well on his way to earning All-Pro honors for the second time in his NFL career and is slowly building a Hall of Fame type of career in Buffalo. On Thursday Night Football, he will be facing a Patriots defense that has been among the league’s best in 2022, but they struggled to slow down Vikings WR Justin Jefferson, who has a very similar skillset to Diggs, in Week 12. Jefferson went off for 139 yards and a touchdown on nine receptions, and I am expecting a similar stat line for Diggs on TNF.  I am projecting seven receptions for 90 yards and a touchdown for Diggs against the Pats on Thursday,” Kaylor told SportsLine. You can see the rest of Kaylor’s NFL DFS picks here.

How to make NFL DFS lineups for Bills vs. Patriots on TNF

Kaylor is also targeting another undervalued option that could explode for huge numbers for Thursday Night Football. This pick could be the difference between winning your tournaments and cash games or going home with nothing. You can only see who it is, and the rest of Kaylor’s TNF DFS picks, at SportsLine.

So who is Jimmie Kaylor including in his optimal NFL DFS lineups for Thursday Night Football? And which under-the-radar DFS picks offer huge value? Visit SportsLine now to see optimal NFL DFS picks, rankings, advice, and stacks, all from a DFS expert who already won a single-game millionaire maker tournament in 2022, and find out.