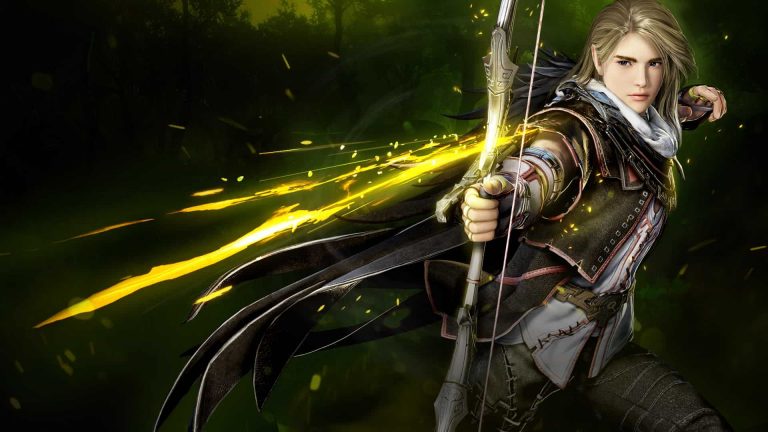 ● Ashen wings which incinerate fear itself take flight. Drakania’s Awakening has been released.

– The awakened Drakania wields two spears known as the “Trion” (Drakanic for “spear”).

– The awakened Drakania can shift between “Hexeblood” and “Dragonblood” forms.

* In “Hexeblood” form, Drakania will fight in her Human form.

* In “Dragonblood” form, Drakania will fight in her Dragon form, fully embracing her Dragon heritage.

– Unleash the might of Dragons to crush all those nearby, then obliterate them by slamming down your trion.

– Channel the winds into your trion’s left spear, ascend, then come crashing down to the ground.

– Combine both spears to channel the winds, then charge toward the enemy.

– Combine both spears, then unleash the winds forward to push back the enemy.

– Channel the winds into your trion’s left spear, then unleash them forward. Set your right spear aflame, then leave a burning claw mark on the ground.

– Channel the winds into your trion’s left spear, then call upon the might of Dragons to unleash an earthshattering roar forward. Your destructive Dragon breath decimates all enemies ahead.

– If you had created a Trial Drakania before, you will need to create a new Drakania trial character to play in her Awakening state.

– Changed to now cause your summoned minion to disappear if you switch to equip a matchlock after using the skill.

– Changed to now cause your summoned minion to disappear if you switch to equip a matchlock after using the skill.

● Added an additional means to learn the “Basilisk Statue” knowledge:

● Fixed the text that displays when pressing certain buttons during cutscenes.

● Fixed some of the opening tutorial objective descriptions.

● For Campsites, the default snapping position for the repair function has been changed.

● PlayStaton 5 consoles can now enjoy Black Desert up to 120 fps.

– For full information on how to set this up, please visit the [Playstation FAQ]

● The memory usage of the World Map has been improved.

– This will allow you to register coupons without having to go to the website.

● Fixed the issue of a specific location background in Waragon Cave showing weirdly.

● Fixed the issue of a background of Gyfin Rhasia Temple showing weirdly.