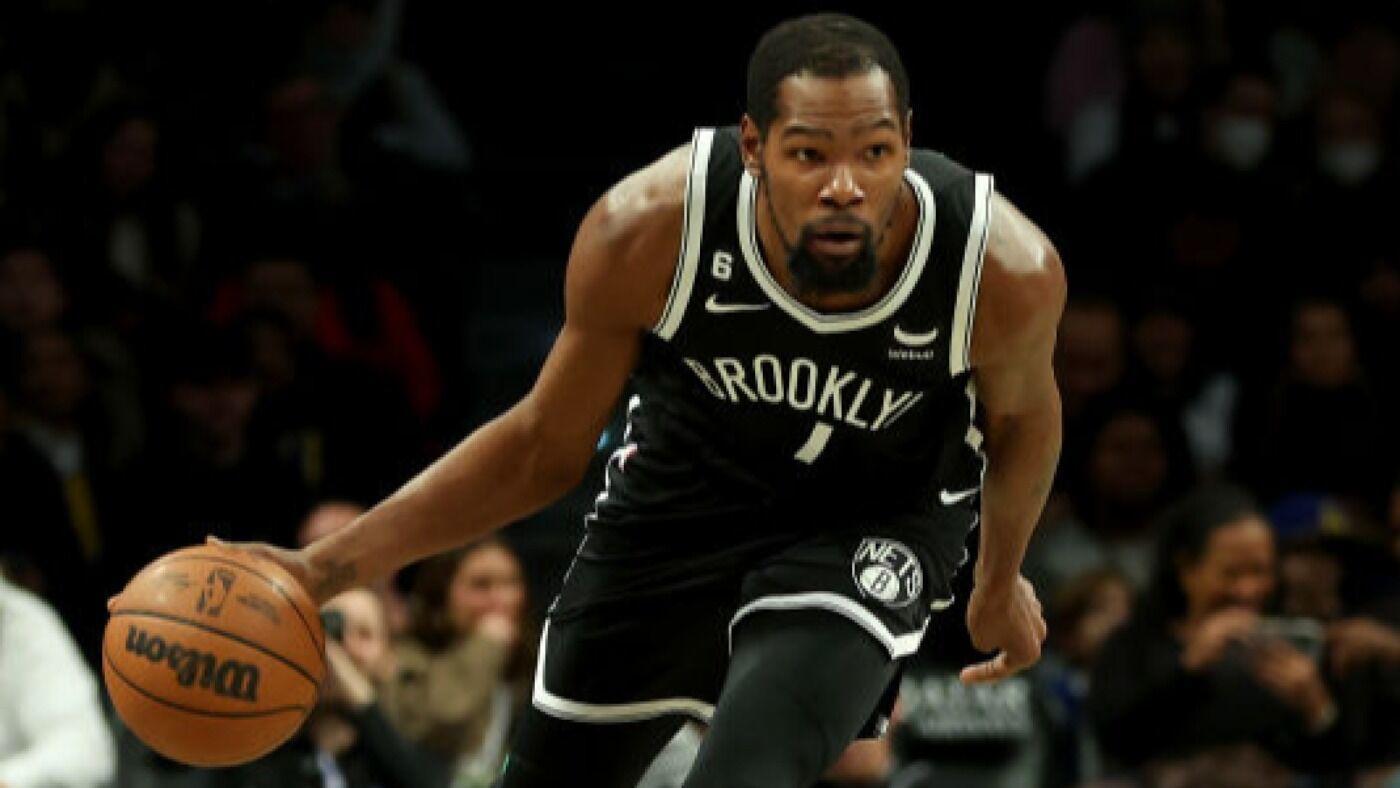 Kevin Durant will forever be tied to the Golden State Warriors after winning two championships with them, but on Wednesday, he and his Brooklyn Nets laid a historic beating on his former team. Though things calmed down significantly in the second half, the Nets scored an incredible 91 points in the first two quarters against the Warriors in what will go down as one of the greatest offensive halves of basketball in NBA history.

The 91 points Brooklyn scored are the third most any team has scored in a first half in league history. The record, according to ESPN Stats & Info, is 107, held by the 1990 Phoenix Suns, while the 2018 Warriors, who Durant as played for, dropped 92 on the Bulls. Additionally, the 40-point halftime lead the Nets built over the Warriors represents the biggest halftime deficit a defending NBA champion has ever faced, also according to ESPN Stats & Info. Brooklyn ultimately won the game, 143-113.

It was a remarkably balanced performance overall. No Net finished the game with more than 23 points, but nine Brooklyn players reached double figures and all 12 players they used scored at least five points. All-Star guard Kyrie Irving did not even play against Golden State, and the Nets still walloped the admittedly depleted Warriors.

It is just the latest in a long series of victories for Brooklyn. The Nets have now won seven games in a row and 10 or their last 11. After starting the season slowly and mired in controversy, the Nets have paired one of the league’s best offenses with a surprisingly stout defense to climb up the Eastern Conference standings. They entered Wednesday’s action just three games out of first place, and if they keep scoring like this, it won’t be long until they’ve passed the Bucks and Celtics, the two teams that knocked them out of the playoffs the last two seasons.

The Warriors, meanwhile, have now lost six of their past eight, and with Stephen Curry sidelined, their defensive woes are growing more and more pronounced. The Golden State defense that ranked second in the NBA last season has fallen to 21st this time around, and while Curry may not have played against the Nets, defensive ace Draymond Green did. At 15-17, they are now out of the top 10 in the Western Conference. With Golden State winning the title last year and the Nets competing for it while Golden State languished in the lottery the year prior, It seems as though Durant and the Warriors are incapable of succeeding at the same time. Right now, the pendulum is swinging toward the Nets.