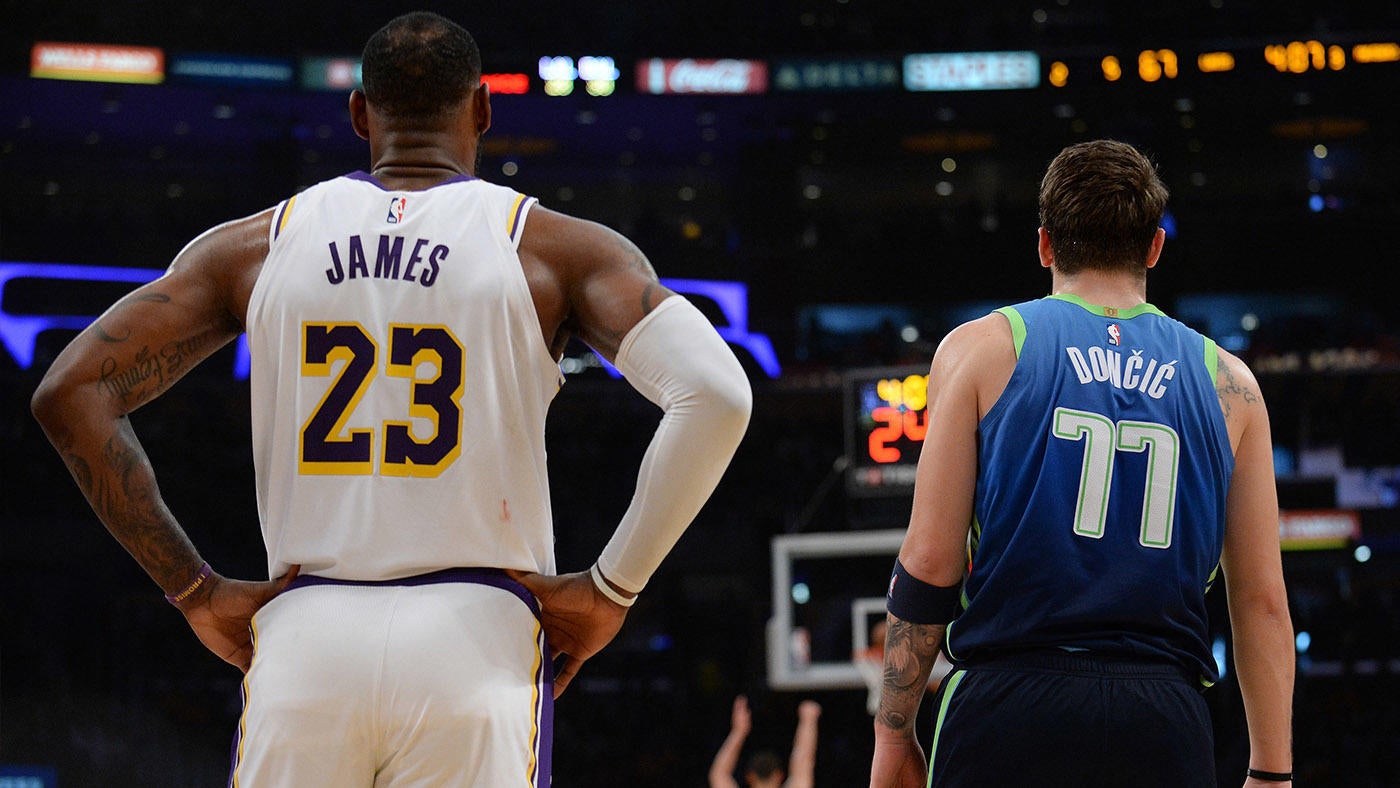 Christmas is here, and we know what that means: Five NBA games for all manner of screens.

So many stars, rivalry matchups and intrigue — let’s board the sled for a zip ’round the league.

We start at noon in the East with Philly and the Knicks — the over-.500 Knicks, who’ve stopped laying bricks.

They host a tough Sixers team inside The Garden, led by Joel Embiid and the beard, James Harden.

Embiid, at 33 points a game, leads the league, but Spike Lee hopes the Knicks’ D has a trick up its sleeve.

At 2:30 Eastern, we move up the coast — it’s Bucks versus Celtics, as Boston plays host.

Giannis Antetokounmpo stars for Milwaukee. He blocks, runs and dunks! Man, what did I just see?

His foe, MVP candidate Jayson Tatum. His game is so smooth, there’s no way you can hate him.

Half of a great backcourt, he teams with Jaylen Brown, and as a squad, the C’s are second from downtown.

We fly to Dallas for Lakers-Mavericks at 5 (Side note: My nephew’s a huge LeBron fan … Hi Clive!)

Two of the game’s best stars, this is must-see TV: LeBron James and Luka Doncic dueling from three.

On top of their scoring, their passing is sublime. A full-court toss! A no-look pass! Wow, what a dime!

Three players are all-time triple-double top 10. Russell Westbrook leads all. Can he do it again?

What’s next? Primetime! Grizzlies-Warriors tips at 8. There’s no Steph Curry, but this game should still be great.

Behind Ja Morant, Memphis is first and thriving. Avenging their playoff loss has this team striving.

Defending champs, Golden State, play better at home. Dub Nation needs its shooters to be in the zone.

San Francisco will host the first of four meetings, and with Ja’s comments, it should be quite a greeting.

Let’s talk about Denver, how the hosts play ball. First in the West, finally healthy and standing tall.

So after a morning of gifts and watching Yule logs, visit our NBA links, and all our live blogs.

We’ll have coast-to-coast coverage, so many reports.

And Merry Christmas to all, from CBS Sports!