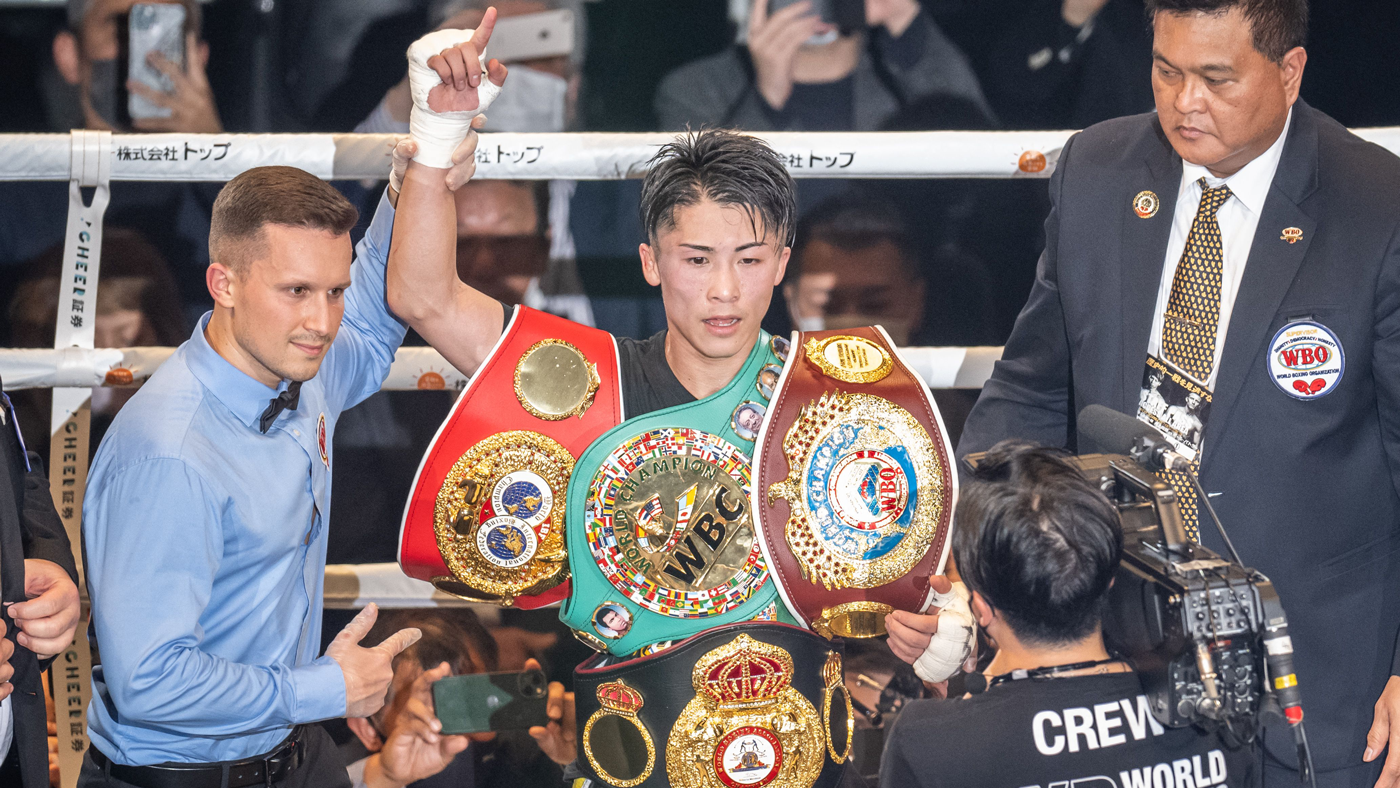 Inoue (21-3, 21 KOs), a three-division champion considered by some to be the pound-for-pound best in the world, closed out a one-sided performance against an overly passive Butler via 11th-round TKO to become the first four-belt undisputed champion in bantamweight history.

With the victory, Inoue unified his IBF, WBA and WBC titles at 118 pounds with the WBO belt that Butler (34-3, 15 KOs) claimed earlier this year. But the fight, which emanated from Ariake Arena in Tokyo, was largely a sparring match as Butler refused to engage behind his high guard, forcing Inoue to uncharacteristically taunt him in hopes of creating an opening.

Inoue, a 29-year-old virtuoso from Japan who is aptly nicknamed “The Monster,” switched stances at times and even mimicked Muhammad Ali’s famous shuffle to try and lower Butler’s high guard. He also targeted the body throughout until a furious combination along the ropes finally dropped Butler in Round 11.

Referee Bence Kovacs waved off the fight at 1:09 as Butler, a 34-year-old native of England, was unable to get to his feet.

“I finally became the undisputed bantamweight world champion,” Inoue said through a translator. “It has been very challenging for me to come this far. On this date, Dec. 13, I made it so this is the greatest day [of my career].”

Inoue improved to 19-0 (17 KOs) in title fights after what is expected to be his final bout at bantamweight, where he captured his first of four world titles in 2018. A move up to 122 pounds for a possible challenge at unified champion Stephen Fulton Jr. is expected for Inoue in 2023.

Butler, in his first fight outside of his native United Kingdom, was never in the fight. He threw single punches at a time and looked content in attempting to survive. Inoue did his best to continue to uncork hard right hands against Butler’s high guard in hopes that the accumulated damage would slow or weaken him.

Inoue also made a case with his performance for inclusion in fighter of the year voting after pairing his knockout of Butler with a devastating second-round TKO of future Hall of Famer Nonito Donaire in their June rematch that saw Inoue add the WBC title to his collection.

The victory saw Inoue become just the ninth male fighter in the four-belt era to become an undisputed champion, joining contemporaries Canelo Alvarez, Jermell Charlo and Devin Haney as active undisputed kings. He also became the first undisputed bantamweight champion of any kind since Enrique Pinder held the WBA and WBC titles in 1973.

Butler had previously captured the interim WBO title via decision over Jonas Sultan in April before being upgraded to full titleholder status two months later. The loss was his first since 2018 as he fell to 1-3 overall in title fights.