Gov. Janet Mills and former Gov. Paul LePage answer questions during the first in a series of gubernatorial debates before the Nov. 8 election. Derek Davis/Staff Photographer

Gov. Janet Mills and former Gov. Paul LePage sharply diverge on their approaches to health care, from government responses to the COVID-19 pandemic to fighting the opioid crisis.

The two major party candidates for governor also have track records that reveal their actual governing philosophies beyond the campaign rhetoric.

Mills, who took office in 2019, had to craft the state’s response to the global COVID-19 pandemic. Both candidates have had to combat the opioid epidemic amid a rising number of fatal overdoses. And both have staked out records on health care reforms, including an expansion of Medicaid eligibility that was approved by voters in 2017. LePage, who served from 2011 to 2018, opposed it and refused to implement it, while Mills began the expansion as soon as she took over.

Sam Hunkler, an independent candidate for governor and retired physician, has not served in public office. Hunkler has said he will listen to the people of Maine when it comes to setting state policies, although his website lists some positions on health issues, such as expanding treatment for opioid addiction by shifting funds from incarceration and requiring those who are saved from fatal overdoses to choose between jail or rehab.

The COVID-19 pandemic began about 15 months into Mills’ term, and she and other governors have been judged on their handling of the crisis from the very beginning.

Governors have been graded on many decisions: How quickly and comprehensively they instituted COVID-19 restrictions, when to ease up or lift such restrictions as mask use and gathering sizes, how to handle schools, vaccine rollout and uptake and vaccine mandates.

Mills has pointed to the relative success of Maine’s approach to the pandemic, including quarantine orders, mask requirements, vaccine mandates for health care workers and guidance to school districts, encouraging measures such as remote learning and surveillance testing.

Maine has consistently been one of the most vaccinated states in the nation and has had one of the lowest per capita rates of COVID-19 deaths despite having an older population.

Scott Ogden, a Mills’ campaign spokesman, said that the governor’s approach centered around the philosophy that “Maine people are the foundation of our economy and that, without healthy people, we cannot have a healthy economy.”

He said a report by the Commonwealth Fund, a national foundation that supports health care reforms,  shows that Maine’s “health care system performed better than those in almost every other state during the pandemic. The report praised Maine’s vaccination program, and noted improvements under Governor Mills in access to and quality of care, both of which were expanded and improved by her administration.”

Mills also has pointed to her administration’s efforts before the pandemic hit to increase staffing in the Maine Center for Disease Control and Prevention, which had been sharply cut back during the LePage administration. Under Mills, the Maine CDC went from 333 employees in January 2019 to 404 as of last week, bringing the number of employees close to what it was when LePage took office in 2011.

LePage, meanwhile, has attacked Mills for imposing what he argues were overly strict COVID-19 mandates, such as requiring health care workers to get vaccinated, and for encouraging schools to close and shift to remote learning.

While LePage did not face anything comparable during his tenure, he would not have imposed any vaccine mandates for health care workers or first responders and would have made sure schools stayed open the entire time, according to his campaign.

“The Mills’ administration followed the lead of other blue state governors and ignored scientific data, relied on political theater, and aggressively shut down Maine’s in-school instruction to the detriment of Maine children,” said John McGough, LePage’s senior campaign adviser. “This misguided policy created a catastrophic ripple effect affecting an entire generation of children, their financial future, and the overall impact to Maine’s economy. Gov. LePage would have taken a more sensible approach and placed the needs of Maine’s students as our top priority.”

Schools shifted to remote learning in the spring of 2020 and most operated on a hybrid of remote and in-person classes during the 2020-21 school year. Most schools returned to in-person schedules five days a week for the 2021-22 school year.

LePage and Mills have taken different approaches to the opioid epidemic, which has continued to worsen through both of their tenures in office.

LePage has touted measures he took as governor such as increasing the number of investigators at the Maine Drug Enforcement Agency and adding photos to electronic benefits cards, saying that would prevent welfare recipients from selling the benefit cards to dealers in exchange for drugs.

LePage also pressed for construction of a 200-bed detox facility at the Maine Correctional Center in Windham that was never built. He blames Mills for preventing the project. Prison officials say the project was revised, however, after it went $75 million over budget.

While LePage supported some investments to expand treatment and opposed others, he strongly opposed the expanded use of Narcan, a drug used to revive people experiencing potentially fatal overdoses. He vetoed a bill in 2016 that would have allowed pharmacists to dispense the drug without a prescription.

“Naloxone does not truly save lives; it merely extends them until the next overdose,” LePage wrote in his veto message.

Mills has supported much wider access to Narcan, as well as supporting other harm reduction efforts that advocates say keep users alive so they can seek treatment and recovery. The anti-overdose drug is now routinely used to prevent fatal overdoses, a fact that both Mills and LePage have highlighted in their campaigns.

Ogden, the Mills spokesman, contends that “without the resources dedicated by the governor and the Legislature, the number of overdose deaths would almost certainly be higher. In fact, thanks in large part to the distribution of naloxone (Narcan), 93% of all overdoses in Maine are not fatal.”

LePage, however, has attacked Mills’ response to the epidemic, saying that her approach hasn’t been working.

LePage also has said access to Narcan and other harm reduction strategies perpetuate, and don’t solve, the problem.

McGough said LePage, if elected, would “work with the drug courts to propose allowing sentenced individuals to spend one night in jail, with the option of entering recovery and detox at Windham.”

Dr. Noah Nesin, medical director for Penobscot Community Health Care in Bangor, which offers extensive treatment programs for people with substance use disorder, said the landscape for treatment has improved in Maine under Mills, although there’s still more to do. Nesin said the rate of fatal overdoses would be far worse without better access to the life-saving antidote and improved access to treatment. But fentanyl is now so cheap and available, that efforts to combat the problem are being overwhelmed by a bountiful supply of cheap and deadly drugs.

While Nesin disagreed with limiting access to naloxone, he said LePage was correct in signing a bill in 2016 that limited physician opioid prescribing. “I saw it as necessary because new information about opioids was not changing the way anyone was prescribing,” Nesin said.

In one of her first acts after taking over from LePage, Mills implemented MaineCare expansion, allowing about 95,000 additional people to obtain health insurance coverage through Maine’s version of the federally funded Medicaid program. The expansion population represents about 30% of the total 325,000 Maine people who have MaineCare insurance today.

The Affordable Care Act was originally written to require all states to expand Medicaid eligibility to lower-income residents, but a 2012 U.S. Supreme Court decision made it optional. In states that did not expand, some residents had incomes too small to qualify for subsidies to help them buy insurance but earned too much to qualify for Medicaid.

LePage had been a staunch opponent of expansion, vetoing multiple efforts by the Legislature and then refusing to implement it despite a 2017 statewide referendum that approved the expansion. He argued that it was too costly to do so even though the federal government would pay 90 percent of the cost. He also torpedoed efforts by moderate Republicans on compromise plans that would have required small monthly payments to enroll.

Maine’s uninsured rate dropped from 8% in 2019 to 5.7% in 2021, according to the U.S. Census, with the drop largely attributed to MaineCare expansion.  Mills also this year added an adult dental benefit to MaineCare, making 200,000 adults eligible for routine dental coverage.

Advocates say the expansion has improved the health of tens of thousands of Maine people who can now get preventive care – such as breast cancer screenings – and also care for common chronic health problems such as diabetes and hypertension.

But McGough criticized the expansion, saying it discourages adults from working. He said 86% of the expansion population is adults without children, and 64% are under age 50.

“Because MaineCare recipients are limited on how much income they can earn (to maintain MaineCare eligibility), her expansion policy has dramatically impacted Maine’s workforce participation rate. This is why there are ‘help wanted’ signs posted on practically every business across the state of Maine,” McGough said.

The Mills administration has been criticized for not doing enough to improve reimbursement rates for direct care workers – people who work in mental health and group homes for those with intellectual disabilities.

Similar complaints about low reimbursement rates were also levied at the LePage administration, however.

Ray Nagel, executive director of the Brunswick-based Independence Association, which provides group home and other services for adults with intellectual disabilities, said that overall, the Mills administration is better than the LePage administration was in funding services.

“I don’t necessarily believe that they (the Mills administration) are trying hard enough, and they often don’t include the provider perspective,” Nagel said. “But I will say this administration has done a better job of trying to support us.”

Please check your email to confirm and complete your registration.

Use the form below to reset your password. When you’ve submitted your account email, we will send an email with a reset code. 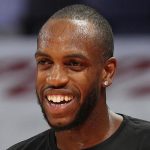 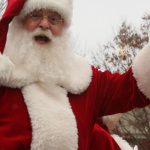 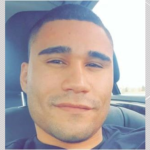 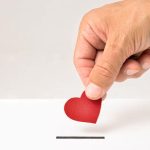