Micky Dolenz is the last of The Monkees, that madcap quartet who took pop culture by storm in the 1960s. A made-for-TV band, The Monkees had four albums hit #1 in 1967 – a feat not even a real band has ever equaled.

Now, the 77-year-old Dolenz alone is trying to keep the music alive.

CBS News’ Anthony Mason caught up with Dolenz on his latest tour, to discuss how the band’s legacy lives on. Mason asked, “How you doing, first of all?”

“I’m above ground!” he laughed.

“Whoa! I haven’t quite processed it,” he laughed. “After Davy passed, which was a big shocker, I remember then thinking, ‘What are we gonna do?'”

Davy Jones died a decade ago. In 2016, the three surviving members, Dolenz, Nesmith and Tork celebrated the Monkees’ 50th anniversary.

Tork told Mason then on “CBS Sunday Morning,” “We’ll tour until one of us drops. Then, the other will go on as The Monkee!”‘

Mason said Dolenz, “When Mike passed, I couldn’t help but think of that.”

Dolenz and Nesmith had been in the midst of a farewell tour last December, when Nesmith died of heart failure, three years after recovering from a quadruple bypass.

“But he wanted to do that tour?” asked Mason.

“Why do you think he was so insistent?”

“Well, he’d always talked about the last of these Monkee experiences, being kind of a swan song.”

Over the years, Nesmith had skipped most of the reunion tours. “He, at times, had a bit of a problem with the Monkee thing,” Dolenz said. “It’s like he said: ‘Oh, I get it now.’ It’s meant so much to so many people for so long.”

“I guess there was a doubt in him, at some level?”

“Always. Always had a doubt. But we all do. I’m thinking, ‘Why is someone like you, this huge, incredibly famous, brilliant journalist, talking to me?‘”

“Because the first record I ever bought was a Monkees record,” Mason replied.

“I got nothing for that record!” he laughed.

Back in 1966, they were just young actors playing a band. And they were on salary, according to Dolenz: “Four hundred dollars a week, including the concerts for 10,000, 20,000 people. Am I bitter? No, Anthony, I am not bitter,” he laughed. “No. No, I’m not. I mean, it’s been a blessing, incredible blessing. Given me an amazing life.”

The quartet had answered an ad in Variety looking for “four insane boys.” “Davy had a very ballad, Broadway kind of feel, beautiful voice. Peter was down-home, folky. And Nes, of course, was, flat-out country to start with.”

Dolenz would sing lead on most of the band’s big hits: “I was the only one who could go, (screams at a high pitch) ‘BAAAAA …!!’ Sorry, sound guy! Blew a fuse!”

“Well, we know you still can do it!” said Mason.

“Well, yeah!” Dolenz said. “Donny Kirshner and the producers would call me in at the studio at the end of shooting the television show ten hours a day: ‘Okay, you’re gonna sing this.’ ‘What’s it called?’ ‘Last Train to … Somewhere.'”

“The Monkees” ran for just two seasons … 58 episodes. But reruns kept re-introducing them to new audiences. “The whole becomes greater than the sum of its parts, and you don’t know why,” said Dolenz. “It was us. It was the music. It was the show. It was the writers, the directors, everything.”

Dolenz has tried to keep his mates with him on stage by playing old home movies. “And so, we made it like a celebration.”

“How did that feel for you?” Mason asked.

“Looking at the set list, there are some songs you have to play every night, right?”

“Do you consider it a responsibility to keep this going?”

“Yeah,” Dolenz replied. “And I love singing those songs. How can you not love singing ‘I’m a Believer’? They’re just such great tunes.” 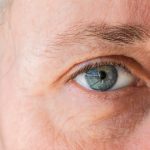 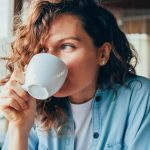 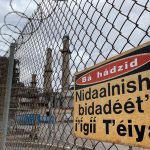 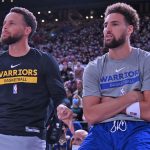 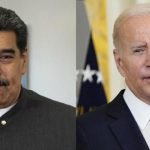