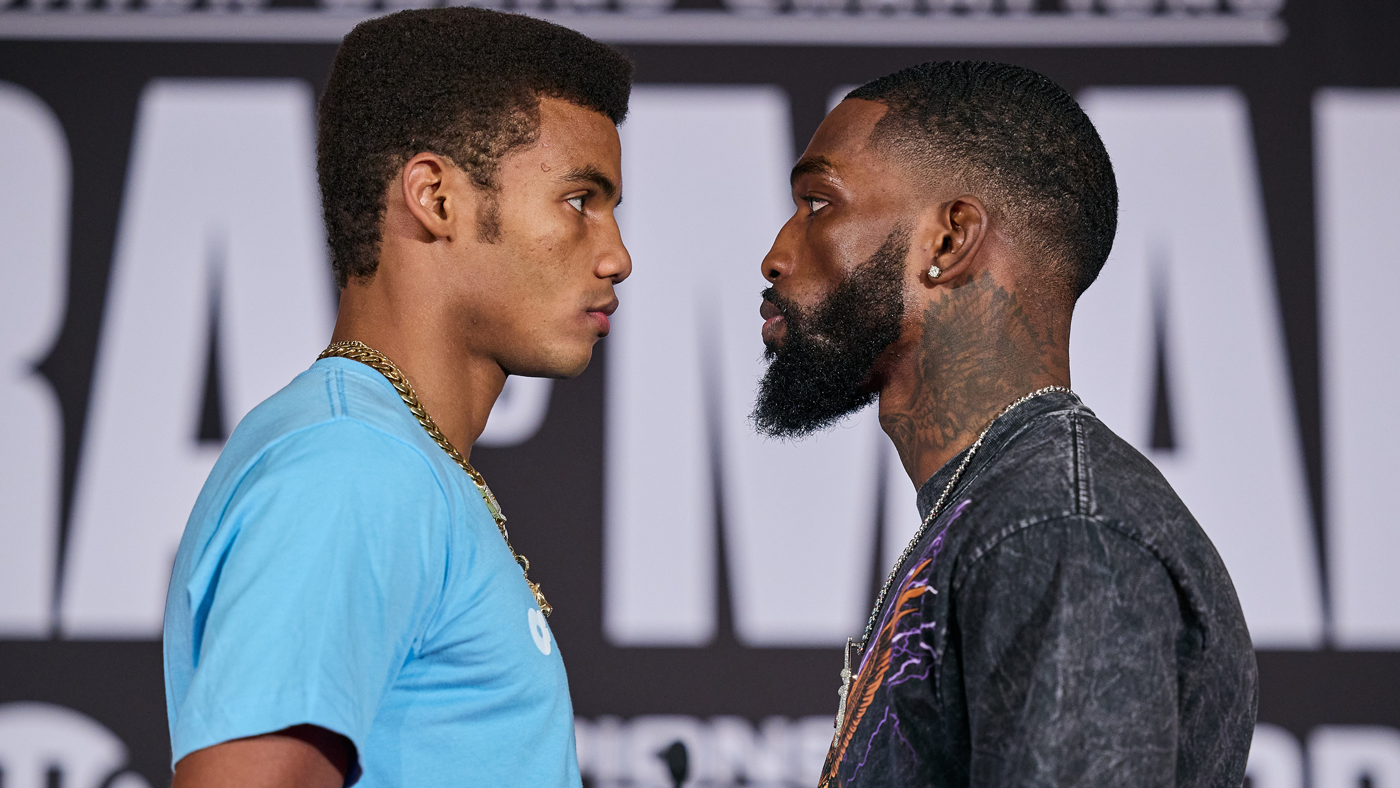 Too often in boxing, fans are left to watch young, talented boxers take soft-touch fights, avoiding risks until the opportunity to fight for a title presents itself. That is not the case on Saturday as two undefeated lightweights go one-on-one in the biggest fight of their careers when Frank Martin battles Michel Rivera (10 p.m. ET, Showtime).

Rivera has leaned into a passing resemblance to a young Muhammad Ali, wearing similar-style trunks and sporting Ali’s hairstyle.

To date, Rivera has done everything asked of him inside the ring, going 24-0 with 14 wins by knockout at just 24-years old. His most challenging test came in July 2021 when he faced Jon Fernandez. Fernandez managed to drop Rivera in the sixth round, but Rivera stormed back and scored a knockout with a crushing right hand in Round 8.

At the pre-fight press conference, Rivera talked up his opponent while touting his own size and skills as just too much for Martin.

“We know that Martin is a good boxer with abilities, but I’m the guy. I’m bigger and stronger,” Rivera said. “He’s strong and confident too, but I’m more confident. This is my time and I have to do everything to win this fight. This fight is everything. I believe that I’m more talented, but I like that he’s confident. For me, this is the best fight of the year. Nobody should miss this fight.”

Martin runs in the same group as Errol Spence Jr. While Martin is older than Rivera at 27,  he has less experience with a 16-0 record.

Martin’s level of competition has maybe been a bit below his skills, but he’s consistently shown that they could make him a player at lightweight. After TKO wins over Romero Duno and Jackson Marinez in 2022, Martin is ready to take the biggest step of his career when he faces Rivera.

“This is the fight that’s going to get me to the next level,” Martin said at the press conference. “I’m not looking past Rivera, but my main thing is just to get in there and capitalize off the game plan and get the victory. Then we’ll keep going up from there.”

Both men are guaranteeing action and a can’t-miss fight on Saturday night as they close out 2022 with the final major broadcast fight of the year.

Martin is favored despite being less tested at higher levels. That’s likely a combination of his power and the fact that we’ve seen Rivera put on the deck in his career. Still, Martin has to navigate getting into range against a slick fighter with good reach. This is a fantastic fight not only because of the combination of two young, undefeated fighters needing to make a splash in a deep division, but because stylistically it is an intriguing fight that should deliver on both fighters’ promises for action.

Rivera having been tested and having sharp skills, good slickness and length gives him the edge for an upset. The fight could easily go either way, but Rivera likely takes over the fight if it goes past four rounds. Pick: Michel Rivera via UD