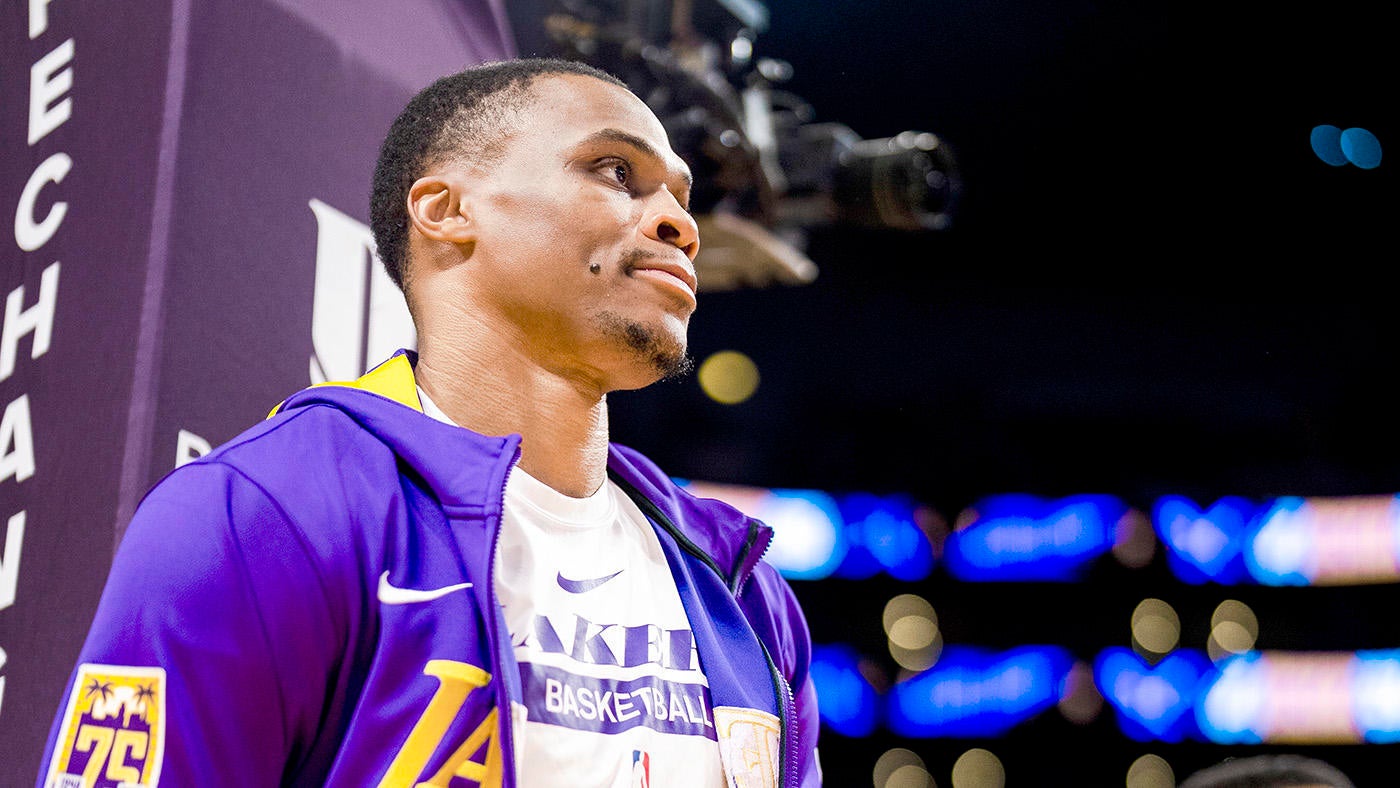 Los Angeles Lakers legend and Basketball Hall of Famer Magic Johnson has called on Russell Westbrook to “take accountability” for his poor play to start the season. In a recent appearance on Shannon Sharpe’s podcast, Johnson shared his thoughts on the Westbrook situation, which reached another low point on Sunday in the team’s loss to the Portland Trail Blazers.

With the Lakers clinging to a one-point lead and 30 seconds remaining, Westbrook brought the ball up the court and fired an ill-advised jumper despite there still being 18 seconds on the shot clock. A few possessions later, Jerami Grant hit a game-winning layup to complete the Blazers’ comeback and condemn the Lakers to an 0-3 start.

Westbrook, who strangely tried to explain away his decision by saying he was going for a two-for-one, finished with 10 points on 4-of-15 shooting, six rebounds and six assists in the game. For the season, he’s averaging 10.3 points, 6.7 rebounds and 4.3 assists on 28.9 percent shooting from the field and 8.3 percent from 3-point land.

His poor play, combined with the Lakers’ winless start and constant trade rumors, has turned the first week of the season into a circus that shows no signs of quieting down. Johnson suggested that if Westbrook were to own up to his mistakes, he could begin to repair his relationship with the fans and media.

“First, take accountability, that’s No. 1. If I don’t play well, say I don’t play well. When I didn’t perform well in ’84 against the Celtics, I admitted that, I took accountability. I didn’t play well, I was the reason the Lakers lost that series and I had to say to myself, ‘I gotta get better.’ So what did I do? I went out that whole summer and trained hard, got better. Then we played them again in ’85, the next season. Man I was on fire, we won, you didn’t hear [Tragic Johnson] again.”

“Russell, we know championship basketball here. We know winning basketball. So listen, just come in, do your job and if you don’t play well, accept that. But say it. And then come back and hopefully play better the next time. Then the fans will respect you for that. They respected me when I said I didn’t play well. You’re the point guard, the ball is in your hands, you’re the floor general. You gotta make better decisions, you gotta make them layups, you gotta hit them shots. And then you gotta play hard.”

In general this is good advice, and if Westbrook had a more genial personality the situation would almost certainly not be so toxic. The biggest problem, though, is that Johnson is correct in that it ultimately boils down to producing at a high level on the floor. Last season and the beginning of this one have made it clear Westbrook can no longer do that, especially on this team.

Johnson references the Lakers’ 1984 Finals loss to the Celtics and his drive to improve in the summer before their redemptive 1985 Finals victory; he was 25 years old then and just entering his prime. Westbrook is about to turn 34 and is well past his best years. Simply being better isn’t easy at this stage of his career.