The Tennessee Titans are looking to pick up another victory in Week 11 vs. the Green Bay Packers. Mike Vrabel’s squad doesn’t try to hide what they want to do in football games. Tennessee plays sound defense and then rides Derrick Henry on offense. While the star running back picks up plenty of yards on the ground, he can throw, too!

Henry completed a pass on a jet sweep in the first half, and then offensive coordinator Todd Downing went back to him as a passer on the Titans’ first drive of the third quarter. After Henry got Tennessee into the red zone on a 42-yard catch-and-run, he threw a touchdown to Austin Hooper at the goal line.

Check out the play, here.

This is not the first touchdown pass Henry has thrown. He threw one last season vs. the Kansas City Chiefs, and also had one in the upset victory over the Baltimore Ravens in the playoffs a couple years ago.

Henry leads the NFL in rushing yards following his performance on Thursday night. The Titans legend is chasing his third rushing crown, as he led the league in rushing in both 2019 and 2020. 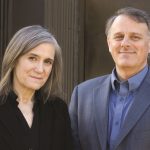