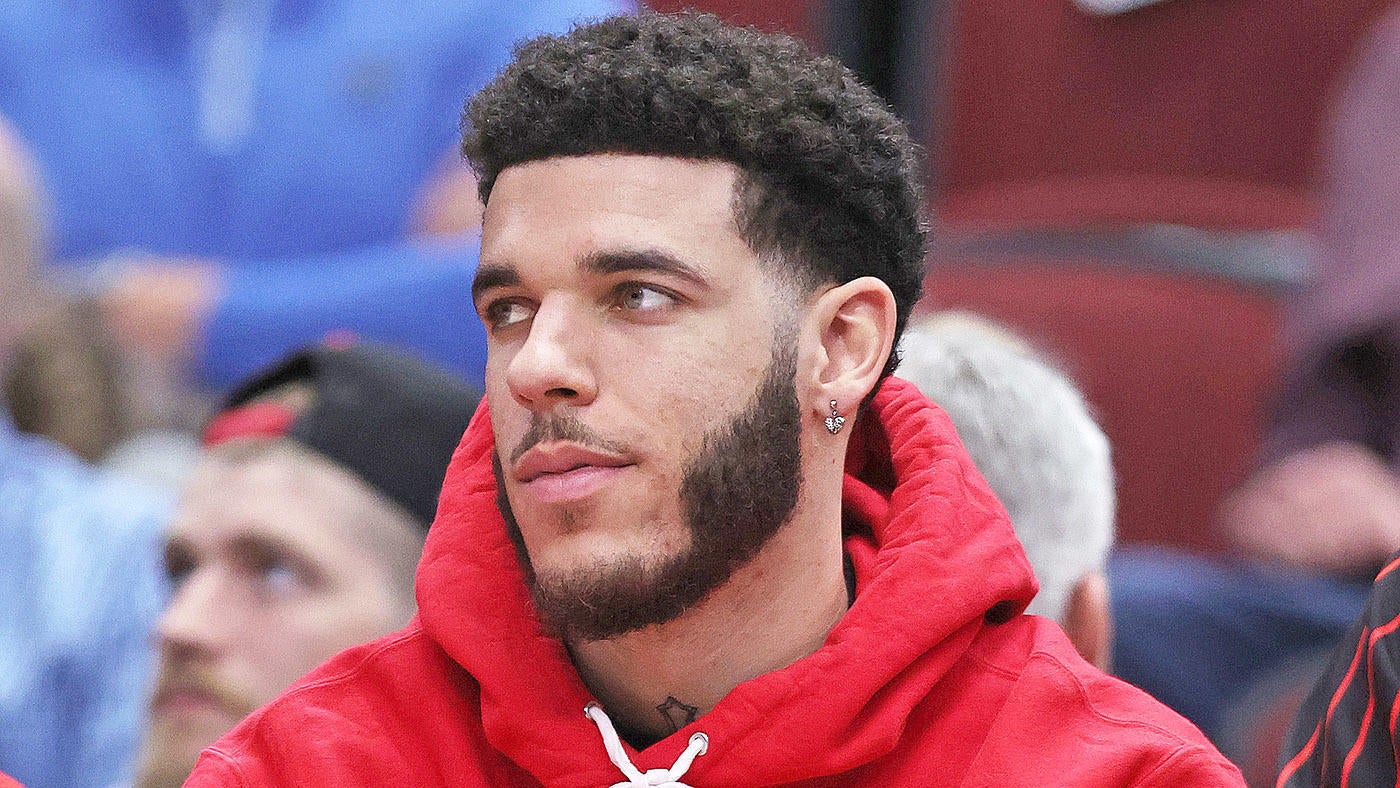 CHICAGO — When will Lonzo Ball return? What’s Ball’s timeline? Who will start in place of him? It was clear the biggest storyline of the Chicago Bulls media day on Monday was the status of Ball, who is set to undergo another knee surgery that will keep him sidelined for at least 4-6 weeks. It’s a significant loss to a Bulls team that has been without Ball since January of last season, when he originally tore his meniscus. Back then, he was expected to come back after 4-6 weeks, but he blew past that timeline and never suited up for Chicago again last season after suffering setbacks in rehab. It was then announced last week that he was set to undergo a second surgery on the same knee on Wednesday, which means the Bulls will have to start the season without their starting point guard.

On Tuesday, Ball spoke with members of the media to share some insight about his injury, saying that he’s still unable to run, jump or even walk up a flight of stairs without feeling pain in his left knee.

“There was a point where we would warm up and stuff, and I would go through certain days and it would be fine,” Ball said via a video call with reporters. “Then whenever I got to real basketball activities, I just couldn’t do it. Unfortunately, this is what’s at hand and has to be dealt with. We feel like surgery, again, is the best option.”

Ball described his situation as unique, given the length its taken to get back on the floor.

“I’ve never felt pain like this or was able to ramp up a little bit but never fully, so definitely a unique situation,” Ball said. “The doctors and the Bulls, we’re all trying to figure out what it is. Like I said, we all came to the conclusion that it’s time for surgery.”

In regards to a timeframe on a return, Ball is more focused on healing his knee first before thinking about playing again, however he said he doesn’t think it’ll force him to miss the entire season.

“That’s not in my mind right now, but that would be the worst-case scenario,” Ball said. “I’m at a point now where I know I can’t get back out there until I’m comfortable playing and can actually play. So whenever that day comes, that’s when I’ll have the jersey back on.”

It’s not a great way to start the season for Chicago, especially considering the tough matchups the Bulls have right out of the gate against the Miami Heat, Cleveland Cavaliers and Boston Celtics all within the first five games. But Chicago will have to press on without Ball for the time being, which means a starting point guard needs to be named in his absence. While some might have expected head coach Billy Donovan to name Ball’s replacement during Media Day on Monday, he’s waiting to see how training camp plays out before giving up that information.

“I don’t want to sit there and say it’s like wide open, but we need to compete,” Donovan said. “We need to see how — I’m more concerned about how groups function and play together, more so than just one position. And I do think at the point guard position, there is experience that we’ve got with Goran [Dragic], there’s experience there with Alex [Caruso]. I think there’s now experience with Ayo [Dosunmu], Coby’s [White] played back there. So I think there’s enough right now, who starts, how it goes, and the starting job, I’m not really that wrapped up in that right now, as much as we can establish who we want to be as a team going forward.”

Donovan’s not wrong, the Bulls have a wealth of talent at the guard position, which is going to make naming a starter difficult. They could go with Dragic, who Chicago signed as a free agent this summer and showed during EuroBasket that he certainly has something left in the tank at 36 years old. Dragic would be an ideal fit as a facilitator next to Zach LaVine and DeMar DeRozan, and the pick-and-roll game between him and Nikola Vucevic would be seamless. However, Donovan mentioned on Monday that bringing Dragic off the bench may be more beneficial given his elder statesmen status.

“Certainly Goran when you look at him and his experience, and what he’s done throughout his career, he’s certainly by far the most seasoned, most experienced point guard on our team,” Donovan said. “But the same too at 36 years old, and I think he’d be the first one to admit, he’s not a guy who’s gonna play 36 minutes a game. So you know, whether you start him or bring him off the bench, you want some time shortening the game, and having him come off the bench puts him in a situation where you’re able to play him a lot more maybe coming down the stretch.”

Moving further down Chicago’s depth chart, there are the young guys in Ayo Dosunmu and Coby White, both of whom already have experience starting at the point guard spot for the Bulls last season. Dosunmu got more run at that position when Ball went down, and when he shared the floor with LaVine, DeRozan, Javonte Green and Nikola Vucevic, Chicago’s offense scored 1.8 points more per game than their season average. Dosunmu surprised many people in his rookie season with how well he adapted on the fly when the Bulls needed him to step into such a large role. He was efficient when he shot the ball (52 percent from the field, 37.6 percent from deep), and he put in a ton of effort on defense to not be a liability. And while he didn’t replace Ball’s production on both ends of the floor, he helped keep the Bulls afloat after Ball went down, which should certainly carry some weight in figuring out who the starter should be.

With White, while he saw his minutes decrease from a season ago, he proved to be a valuable role player when he was on the floor. He’s more of a combo guard who can play on or off the ball, which is ideal when you have guys like DeRozan and LaVine who do most of their damage off the dribble. He excelled as a 3-point shooter, knocking down a career-high 38.5 percent of his attempts, and ranked in the 70th percentile among spot-up shooters in the league last season. That type of shooting is crucial to surround LaVine and DeRozan with, and if he stays consistent with that, perhaps he could wind up with the starting spot.

The final option is Caruso, the defensive pest who will simply outwork everyone on the floor. When Caruso shared the floor with Ball last season, they formed perhaps the toughest defensive backcourt in the league, and it rubbed off on the rest of the Bulls players at the start of the season. Starting Caruso would improve Chicago’s defense tremendously, but his shaky shooting numbers from last season raise a red flag. Caruso shot a career-low 39.8 percent from the field and just 33 percent from deep, certainly nothing that’s going to make the defense scared to leave him open. But perhaps some of those shooting woes could be attributed to the numerous injuries and a bout with COVID that limited Caruso to just 41 games last year. If he is able to get his shooting numbers to mirror what he did in his last season with the Lakers (43.6 percent from the field, 40.1 percent from deep), then it would be difficult not to start him, given he’s by far the best defender the Bulls have to choose from to replace Ball.

Whoever gets the starting spot, it’s clear Donovan has options to replace Ball, which is a good problem to have. While none of them can truly replace all that Ball brings when he’s on the floor, there’s enough talent here to work with to at least keep Chicago’s head above water until he returns, whenever that might be. We’ll just have to see in training camp which of these guys stands out from the rest, and like Donovan said, which five-man combo will put Chicago in the best position to win games.