The 2022 primary season is poised to go out with a bang, as voters in New Hampshire and Rhode Island decide a series of fiercely contested races that could play a major role in deciding control of the House and Senate next year.

Over more than six months, voters around the country have set the stakes for November’s general election – a series of contests that will decide control at nearly every level of government beneath the presidency. Democrats are defending narrow majorities on Capitol Hill and hard-won state executive seats across the country, while Republicans are trying to wrest back control of Congress and put a halt on President Joe Biden’s agenda. The GOP is also positioned to elect a slate of 2020 election denier to key posts in the states and potentially the House and Senate.

On Tuesday, Granite State Republicans are hoping to flip key Democratic-held Senate and House seats, but – as has been a theme throughout the year – could see those ambitions dimmed if candidates the party views as more viable in a general election are not the pick of primary voters more closely aligned with former President Donald Trump’s politics.

It’s been a tough few months for Republicans seeking to control the Senate in January. And Tuesday’s primary could represent the coup de grace.

Many Republicans are worried that Don Bolduc, a retired Army brigadier general who ran unsuccessfully for the Senate in 2020, could win Tuesday’s Republican Senate primary, setting off a frantic burst of outside spending from Republicans looking to boost Chuck Morse, the state Senate president and establishment favorite.

Bolduc has shown little ability to raise money – he had pulled in less than $600,000 by August 24, compared to Democratic Sen. Maggie Hassan’s $31.4 million – and has a propensity to speak provocatively, with even Republican operatives who know him well describing him as a “loose cannon.”

“He’s not a serious candidate. He’s really not,” popular Republican Gov. Chris Sununu told WGIR in August. “If he were the nominee, I have no doubt we would have a much harder time trying to win that seat back. So, I don’t take him seriously as a candidate. I don’t think most people do.”

New Hampshire Gov. Chris Sununu and Chuck Morse speak to the media at a polling location on September 13 in Bedford, New Hampshire.

To help Morse, Sununu endorsed Morse days before the primary and recently spoke with Trump, urging him to get into the race. Trump has yet to endorse, but some Republicans in the state were worried he would back Bolduc.

An August Granite State Poll conducted by the University of New Hampshire found Bolduc ahead of Morse by 21 percentage points among likely GOP primary voters.

In the Republican primary in New Hampshire’s 1st Congressional District, voters will decide whether mimicking Trump’s style is more effective than running on his policies.

Republicans Matt Mowers and Karoline Leavitt are the frontrunners in the primary. Both worked for Trump – Mowers on his 2016 campaign and in the State Department, and Leavitt in the White House press shop – and both are fully running on board with the former President’s agenda.

But where Mowers is more careful and measured, Leavitt has largely mimicked the abrasiveness and aggression that defined Trump’s political style.

While Mowers said during a recent debate that he had “confidence in New Hampshire elections,” Leavitt pushed Trump’s election lies, claiming the “2020 election was undoubtedly stolen from President Trump.” And when the debate moderators asked whether they would vote to impeach Biden, Mowers called for hearings on the matter, where Leavitt unequivocally said yes.

Polling in late August found Mowers at 26% and Leavitt at 24%, within the survey’s margin of error. A significant 26% chunk of likely Republican primary voters were undecided in the race. The differences could matter, though. The duo is vying to take on Democrat Chris Pappas, one of the most vulnerable House Democrats in the country. 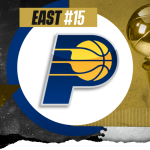 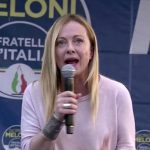 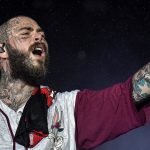 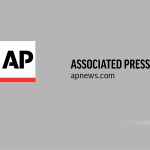 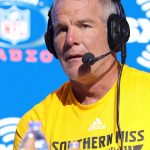