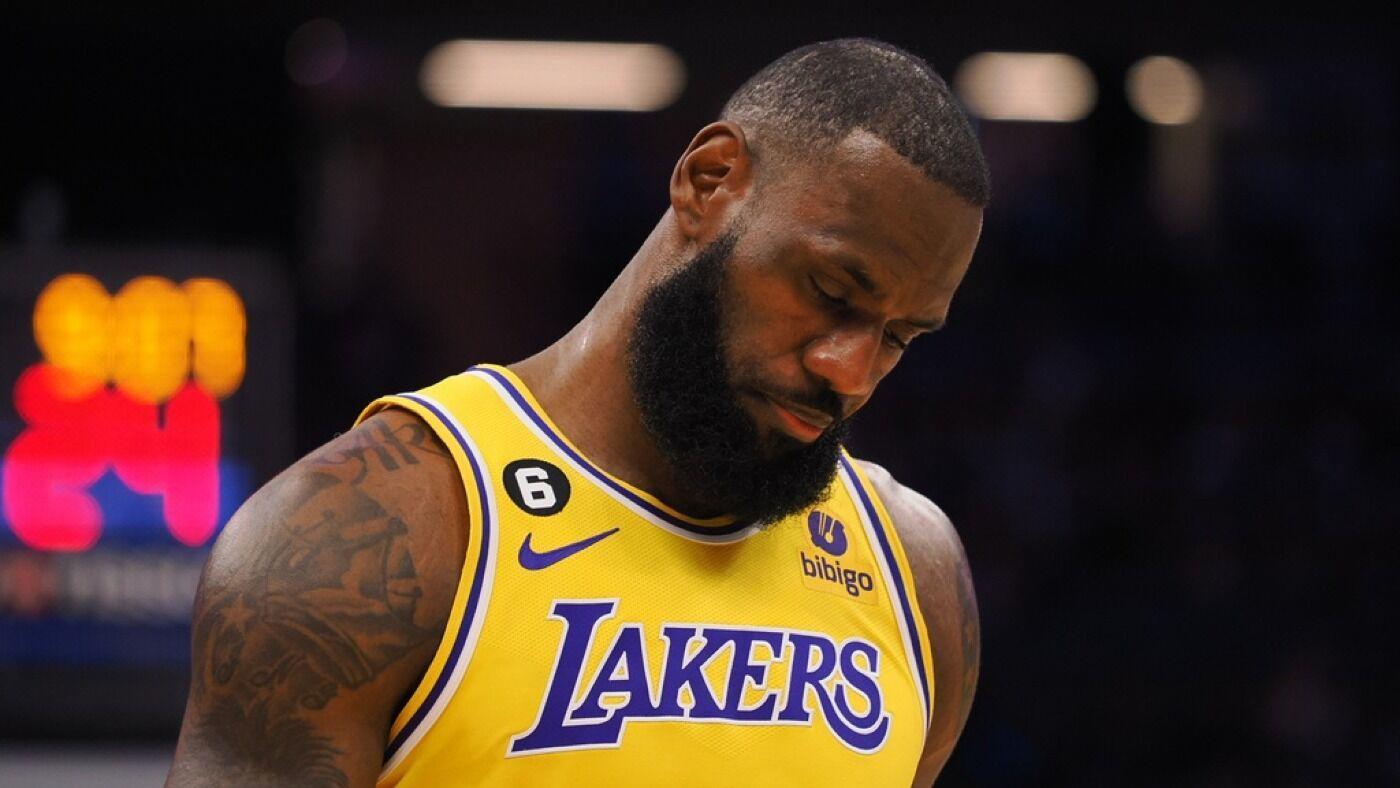 After a season-opening loss to the Warriors in which the Lakers missed 30 of their 40 3-point attempts, LeBron James morphed into Captain Obvious when he offered the following quote: “To be completely honest, we’re not a team constructed of great shooting. It’s not like we’re sitting here with a lot of lasers on our team.”

Take that as a shot at the front office for this poorly constructed roster, or simply as a man telling an irrefutable truth. Either way, it’s an understatement.

Through the first three games of the season (all losses, by the way), the Lakers, as a team, are 25 for 118 from 3-point range. That’s an ice-cold 21.2-percent clip. Per ESPN Stats and Info, that is the second-worst 3-point percentage for any team in history that has taken at least 100 3-pointers over any three-game span.

Lest you were a hopeful Laker fan thinking maybe we were talking about a small sample size, no such luck. Read those numbers again and let that sink in: 6,100 times a team has shot at least 100 3s over a three-game stretch, and 6,099 of them did so with a better success rate than the Lakers have to open the season.

At present, the Lakers don’t have a single player who has attempted at least six 3-pointers on the season with better than a 30-percent mark. Among all players who’ve attempted at least 10, LeBron James is the “best” at 25.9 percent (7 for 27). After that, Kendrick Nunn is at 23 percent, followed by Patrick Beverley at 21 percent, Anthony Davis at 20 percent, Lonnie Walker at 17 percent, and Russell Westbrook at … wait for it … 8.3 percent (1 for 12).

This is truly awful stuff. Somehow Lakers general manager Rob Pelinka got a contract extension for doing the great work of trading for Westbrook, who has basically no value in support of a LeBron-led offense, and then exacerbating the inherent spacing problems that Westbrook creates by placing absolutely zero emphasis on secondary shooting additions.

Everyone, perhaps except Pelinka, knew the Lakers were a bad shooting team. But this bad? Historically bad? It’s only three games, so there’s at least hope the trend can improve. But improving on the second-lowest bar in history isn’t much to write home about. It’s going to be a long season for the Lakers if they don’t make a trade for some shooting.